A short while ago, 8chan’s owner and chief administrator, “Hotwheels” Fredrick Brennan, was removed from Twitter under unknown circumstances. I’m not sure if this was a mass spam reporting, or if it was some trumped up charge. His personal Twitter still remains, although he hasn’t used it today. We’ll post more when we get it, but this is not new. Sometimes the SJWs try to get accounts banned on Twitter, as we’ve seen many times in the past. They have to resort to censorship to get the job done. That’s what they always fall back to.

They don’t have the skills to win a debate in the public arena, without a lot of help. It takes a crooked media, censorship, and persecution against gamers. They frequently use all three in tandem, like last night. I know Hotwheels will likely be restored. Hell, even if they ban his personal account and kick him off Twitter altogether, they would never silence the man. 8chan isn’t going to fall. He’s got too much character and determination to let that happen. It’s something these SJW sickos simply can’t understand.

Just as I published this, he was restored to Twitter. So it looks to have been a mass spam report. Good to see him back. I took down the post for a second, cause it literally happened right when it went live lol. So here’s the updated version.

UPDATE: Here’s the rationale for the suspension from Hotwheels himself. It looks like it was the SJW lames who tried to turn him in for posting emails. You know, it’s funny that Leigh Alexander or Ben Kuchera (or Randi Harper, or Srhbutts) have never been booted off for this same thing: 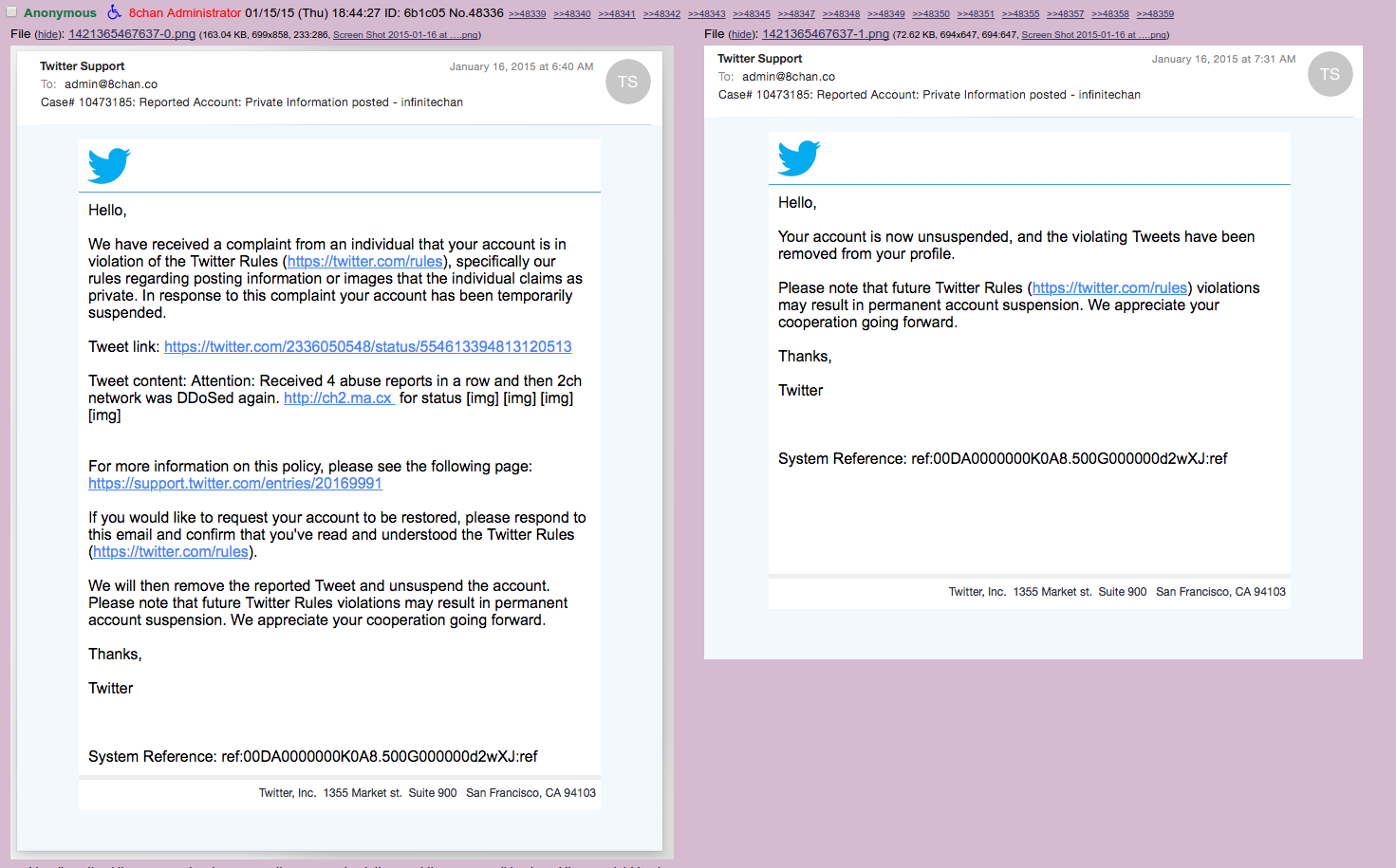