A Cosplayer With No Video Game Experience was the Lead Facial Animator for Mass Effect: Andromeda

The entire internet has been laughing at Mass Effect: Andromeda over the last couple days. It would take three articles to properly chronicle all the mistakes we’ve seen with the animation in this game, so just watch the latest PewDiePie video instead.

As you can see, the game looks completely whack, which is sad given the prestige associated with the Mass Effect series. The first two are a couple of my favorite games ever, and I liked the third one as well (except for the mind-numbingly stupid ending that we should all pretend never happened). But Andromeda looks like cancer. I kinda wanna play it now just to laugh my ass off. I’m not paying for it, though, so we’ll see if it gets pirated anytime soon.

How did the facial animations end up so ass, though? Well, maybe it has something to do with the fact that an inexperienced cosplayer was chosen to be the “Lead Facial Animator” on this project. While so does have some background in art, there’s zilch on her résumé when it comes to, ya know, making video games.

Oh, I bet she’s very experienced indeed. I have an idea how she landed this gig.

Although, maybe we aren’t giving BioWare and Electronic Arts enough credit. Perhaps there’s a method to the madness here… 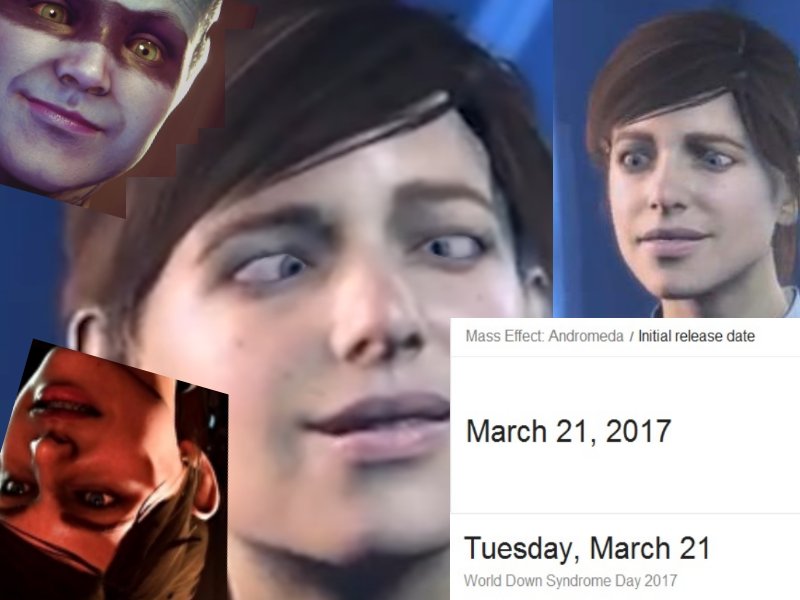 Personally, I lost my shit at the start of her demo reel.@AdVictoriam1978 pic.twitter.com/gUjzyt9Vjy

Here’s the link to the full video…

UPDATE: You can read a lot more about this subject in this post.