I didn’t do one single thing yesterday other than sit here and re-watch The Empire Strikes Back, Return of the Jedi, and Creed. But you know who did do a lot? Master Milo Yiannopoulos. In fact, he spent the whole day triggering feminists and other assorted subhuman fans of BuzzFeed. In case you hadn’t heard the gimmick from the last few days, Milo has claimed he’s been hired by BuzzFeed to be their “social justice editor.” Now, most people could tell this was a troll right off, because for one, JizzFeed isn’t smart enough to hire someone like Milo. Also, he’s not dumb enough to go work for them. The joke should have been apparent after one day, tops. If you’re an idiot SJW, though, you’re highly likely to go shooting your mouth off without having all the facts. Just use the search bar up top for more examples of their idiocy.

Plus, Milo just  has this innate ability to piss these sorts of people off. That was shown in spades yesterday. His entire feed was filled with the best Christmas present any of us could ask for: lulz. Here’s a small sampling, starting with one of his original tweets about the JizzFeed thing a few days ago…

But Christmas Day is what really brought the glorious returns…

@Nero @BuzzFeed why did you hire this guy??? you have so many videos about feminism??? wyd??? 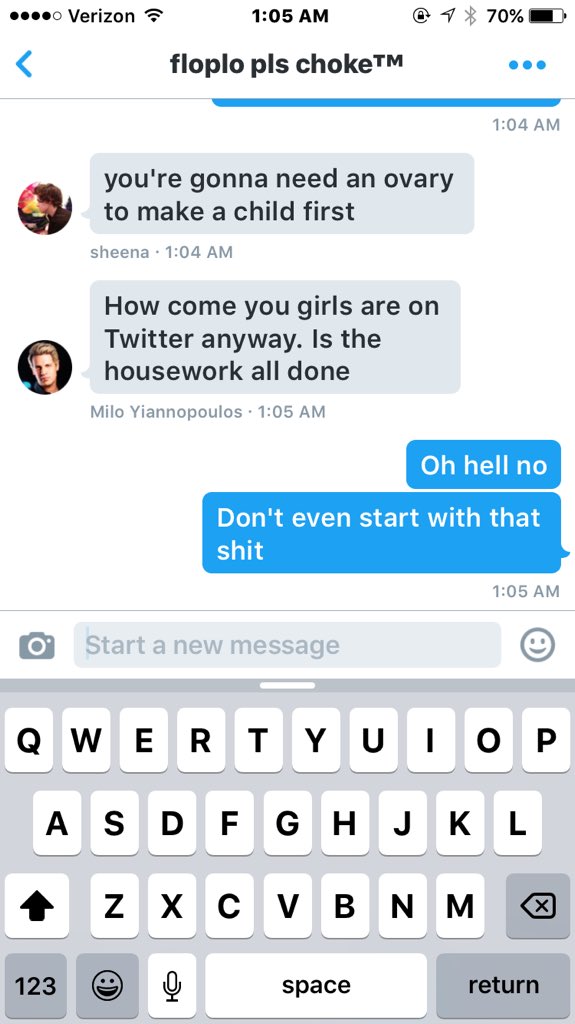 How does one man get so fucking based? The no fucks given attitude is just too much for snowflakes to handle. Not only that, he’s fabulous and gay as well. That deadly combo short-circuits their pea brains every single time…

They don’t have a clue lol…

this is fucking disgusting and should not be tolerated by @BuzzFeed
such a fucking pig pic.twitter.com/WVNoRfGFN5

Yea, Milo is a HUGE womanizer. You can’t make the shit up at this point. 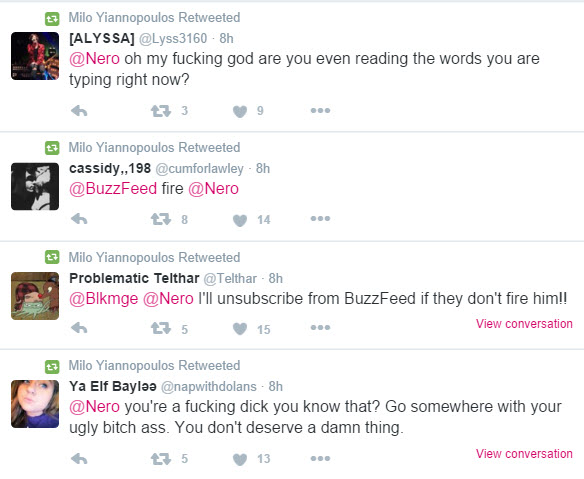 Don’t worry, my friend. I will never forget your feed from yesterday. Trust me when I say this folks: I left a lot out. Seriously though, what a great Christmas gift Mr. Yiannopoulos! Can we do it again next year?