I always wanted to used those words in the title of a column. If you’re a sick fuck like me, you might have recognized them already. That’s what O.J. Simpson said when he entered his plea in the 1994 double murder trial. I watched the hell out of that trial (even though I was 9-10), and was amazed at the skill of Johnnie Cochran. I knew O.J. was going to walk. I remember being the only one in school who called it, even among the adults. We watched it live, and I was right, of course. Johnnie saved his ass.

This weekend, some accusations have been made against me. I’ve resisted responding, but now that Randi Harper has decided to spread it, I feel like I have to address it here for the record. I’m not a man of Cochran’s caliber, but these weak accusations certainly don’t call for it. A trained ape could rebut this weak case.

Long story short, a troll named “Eclipso” said I paid him to swat Grace Lynn, a.k.a. Devi Ever back in January. As evidence, he provided a random bitcoin transaction, nothing further. If you know anything about bitcoin, you know that proves absolutely nothing. It could literally be anyone’s wallet. Here it is below: 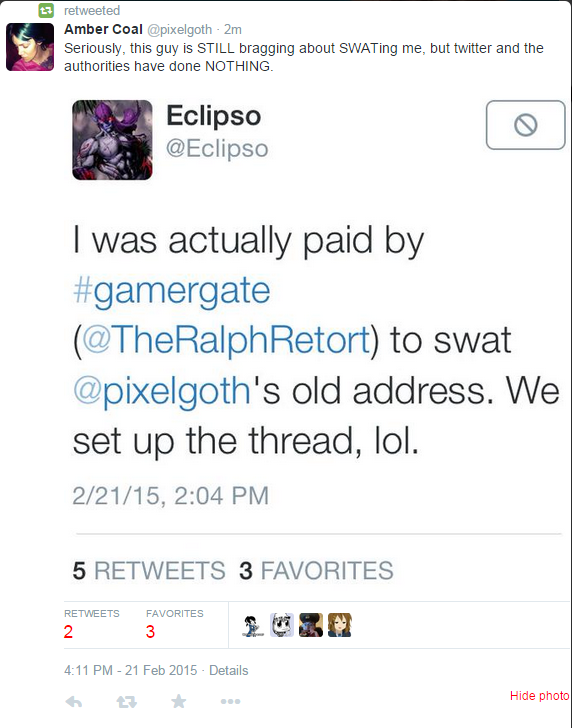 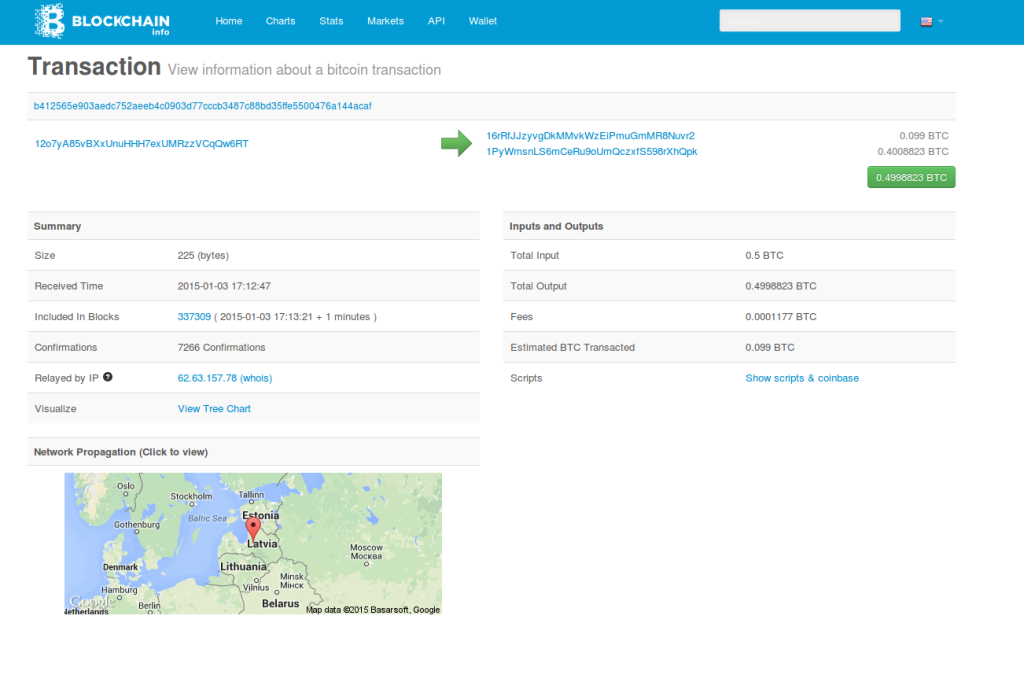 I’m not sure what that’s supposed to proof, other than ignorance on the part of anyone who believed or propagated such an obvious falsehood. Anti-GamerGate wouldn’t do that, would they?

These lying fucks are still peddling that obviously false accusation from yesterday.

Lying again, fucker. I've never posted ANY address. All I know is your fatass is on the Left Coast. #GamerGate pic.twitter.com/H8XkEuhJwZ 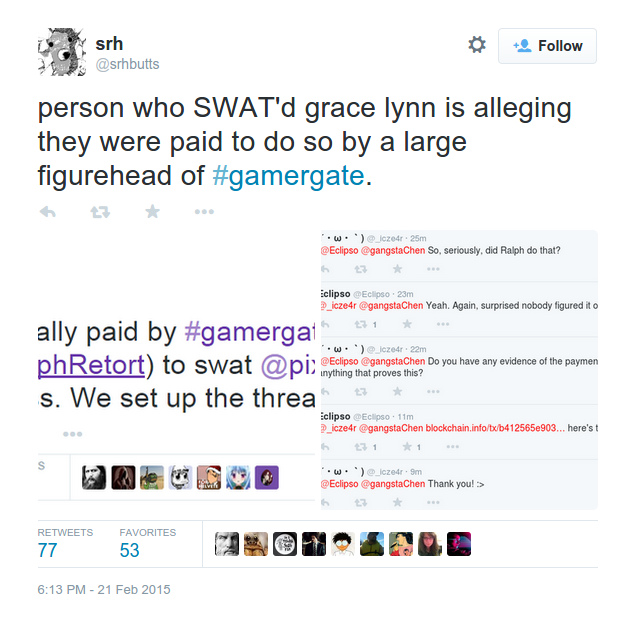 As you can see, the other side is more than willing to spread this horseshit around. After Randi tweeted that, she went on to offer her help with my doxing matter. I don’t need it, but hitting someone with a bogus felony claim right before you offer help is not likely to elicit a positive response.

As for the people who doxed me, that would be /baphomet/. They don’t like that I reject what they do. I left them alone until they tried to bully me on Twitter. Straight to hell with that. I won’t be bullied by anyone, I don’t give a fuck who they are. They have links up on their board pointing to dox on my family, girlfriend, credit card info, etc. They link to Tor so apparently that makes it OK. I tend to be of the opinion that this is shaky legal theory, but I’m not an expert. 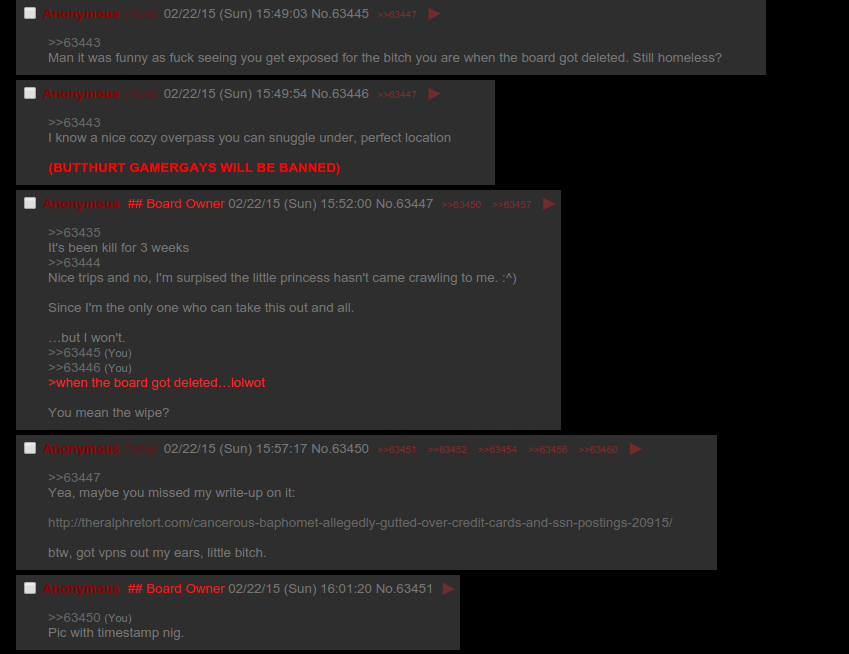 What I will say, is that doxing has jack shit to do with free speech. Still, that’s not the part that concerns me. I don’t care about doxing. Spreading credit card info and Social Security numbers around, selling hacking services, linking to illegal activity on Tor…that shit puts all of 8chan in danger. I think the board should be deleted. It’s not my site, but I won’t be surprised if comes around and bites Hotwheels in the ass. I like him and have a ton of respect for him, that’s not gonna change. I just disagree with his policy here.

I know they will continue to come after me no matter what. That’s not the issue. I just think it’s a lot of risk for no reward. They don’t represent free speech in any way. They’re just some shitheads spreading people’s dox around, and worse.

All this is just my opinion. I don’t care if people agree with me. I came to speak my mind, and I always will. Randi and Butts are full of shit, and baphomet is a juvenile menace that endangers the entire 8chan project. I’m about to finish the McIntosh mentor piece, and watch the PPV. I’ll be back before 10. Thank you all for your continued support of the site. I resisted writing about this, but when Randi came out and accused me as well, I had to address it. Hopefully, there won’t be any news about me next week lol.