I can’t say this bit of news is very surprising. As you can see by the headline, Twitter is allegedly looking for ways to ban people who hold political views the higher-ups there don’t find acceptable. We heard rumors about this for awhile, but this seems to be the first real leak we’ve gotten. The person who is putting this info out now is the same guy behind American Milo, which I reviewed here on the site. His name is Loren Feldman, and he has had a lot to say on Twitter today.

(*Smiles* That seems to be correct.)

This seems to confirm what everyone has been saying as of late, namely that having the wrong kinds of views puts your Twitter account in danger. I’ve tried to keep on the straight and narrow myself…well, relatively speaking. I haven’t went completely soft, but I have toned it down a great deal. The sad fact of the matter is, losing my Twitter handle would cost me money and views, something I’d rather not go through. If it did happen, I would keep going, but it’s still not worth it at this point.

Sadly, it seems like it’s only a matter of time before all of us are purged from the service. Of course Twitter itself might not be around long, if you read the news as of late. Or, you could just look at the stock price: 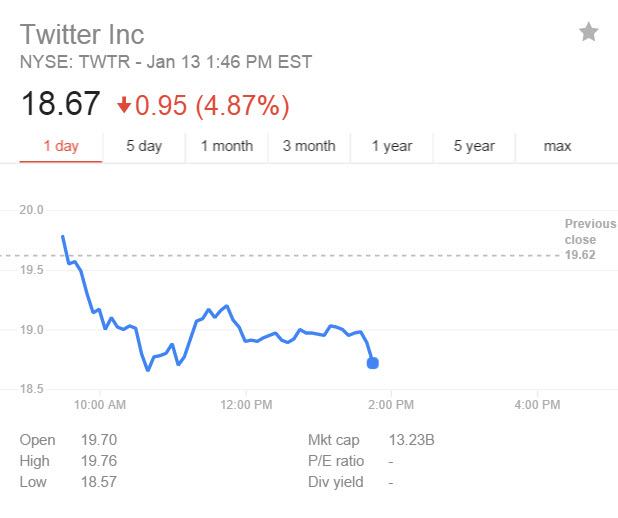 How low can they go? Only time will tell. Personally, I hope they wake up and stop trying to force their authoritarian politics down everyone’s throat. But I won’t be holding my breath…and I wouldn’t advise any of you too, either.