Hello, readers. I got back from my BBQ dinner last night, and then promptly fell asleep. It was that damn good. Before I move on to today’s full agenda, I wanted to do a quick post on the bomb threat that happened at the GamerGate meetup in Australia this past weekend. It also ties into the video I hope to have up later today, which covers all the false abuse anti-GamerGate has tried to tie us to over the past year. The list is amazingly long, by the way. 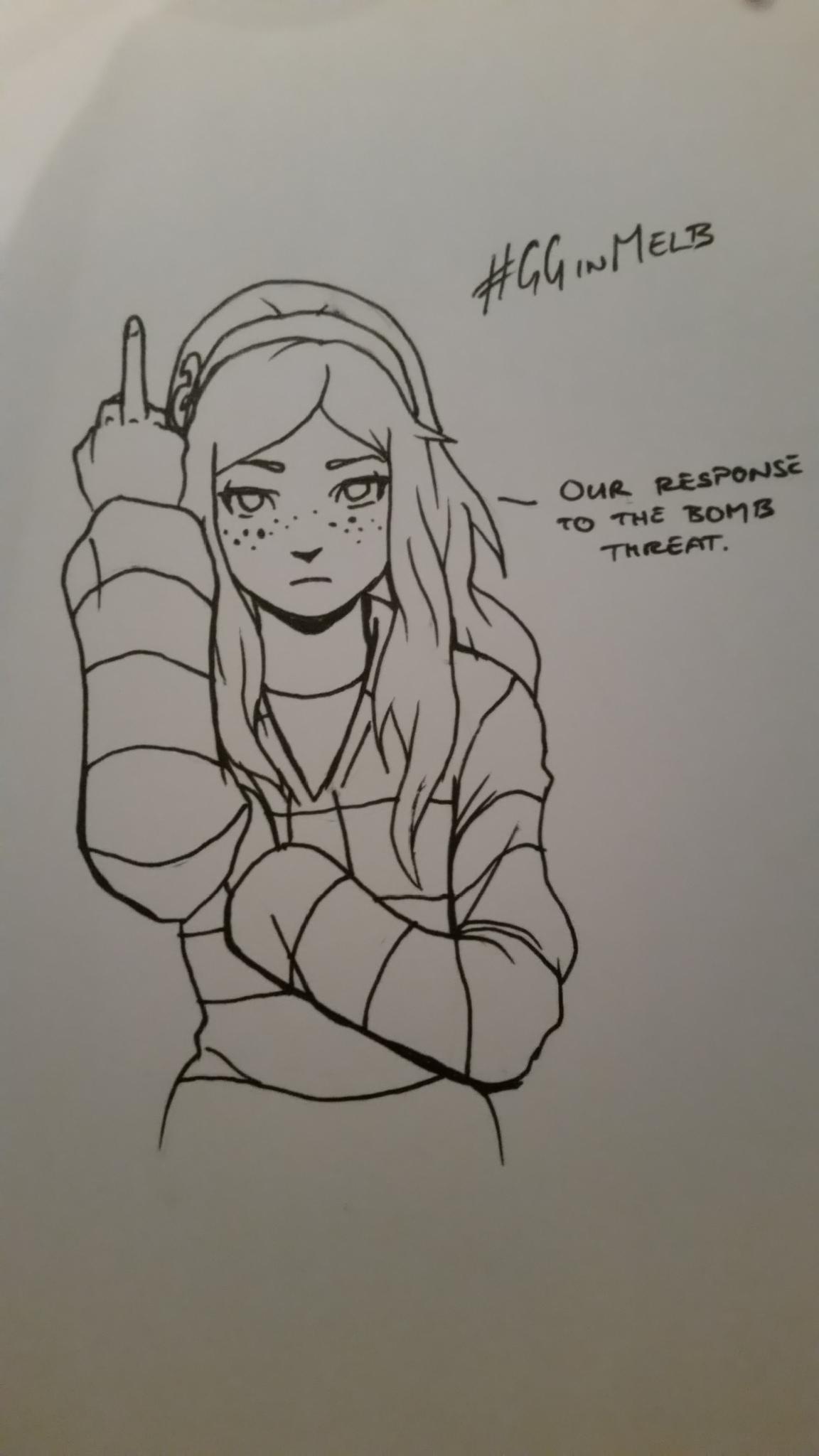 Based Mom tweeted about it as well, and here’s the link to the thread on KiA: 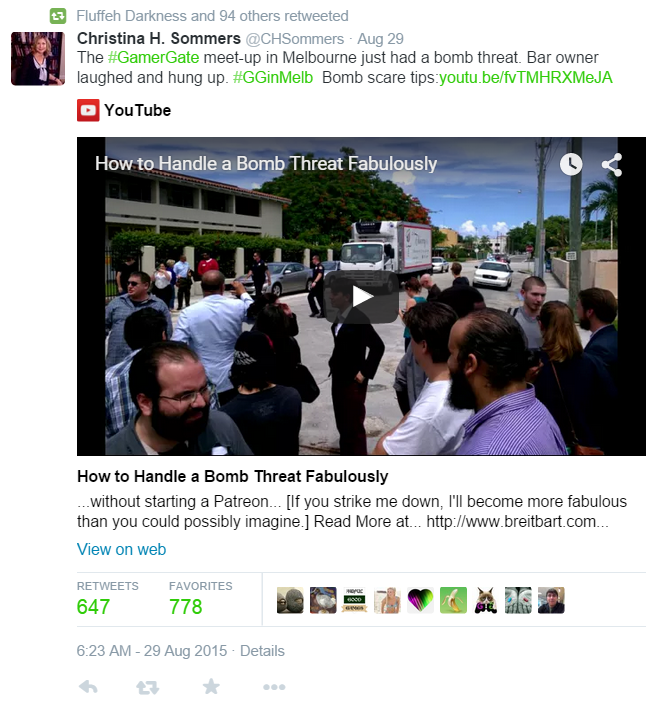 The funny thing is, this is about the third or fourth meeting of ours that’s been broken up by threats of violence. The anti-gamer crowd continuously tries to tie us into things like this, but we’re always the ones who are actually victimized. Funny how that works. It’s also funny how I didn’t read anything about this in the media. In fact, that same media refused to cover the bomb threats at SPJ AirPlay, with the exception of Owen Good at Polygon. Every single other outlet ignored that story.

That’s one way they shape the narrative. Blatant and shameless lying also helps. But social media has lessened their ability to control the information that trickles down to the public. Now, we have the power to push shit out regardless. That’s why things like Twitter and Facebook policy are important. If we lose reach in these areas, it’s going to setback our momentum. Thankfully, we’ve built up a decent network of sites as well. Combining the two is the name of the game, though.

Now, that’s enough from me on this short hit. I’ll be back very quickly with another post. I’m not sure which topic (out of about 3) I’m going to write on, but I think you guys will enjoy it. At least, I hope you do. See you then.

PS: Oh and here’s this hilarious video on how to handle bomb threats, from Master Milo…