I’ve written well over 1500 posts on this site. That’s not counting all the contributions from people like Christi Junior, Jack Outis, and WildGoose (among many others). When you factor those in the number goes up to 2000+. From the very beginnings of this endeavor, I’ve been very upfront with the style of coverage I bring you. In essence, this site is a tabloid mostly written in the gonzo style. We supplement the tabloid-infused coverage of news with opinion pieces and a few reviews here and there. This is always been the mix we’ve had, the only difference lately is that I’m trying to do more videos on YouTube.

Some may ask: “Why do you do tabloid style reporting?” Well, that’s a fair question. For one, I grew up fascinated with the British papers and I take influence from that. I’m also from Memphis, where the news media tends to be somewhat over-the-top. In short, it’s just where I come from. But the thing is, there is some danger inherent in doing what I do. The main one is getting sued for reckless posts.  This can and does happen, although thankfully it hasn’t happened to me. How have I avoided it?

If something is unconfirmed, I say so. When a report involves rumor, I say so. I never knowingly post something untrue, and since I always qualify the stuff that might be shaky, it keeps me in the clear legally. I, for one, think there is a very big place for reporting rumor and innuendo, if it’s properly labeled. I don’t think I would want to do my entire site based on those things, but I enjoy a healthy dose of it. If you look at the current media landscape (including alternative media), this isn’t exactly a controversial approach.

Still, some people really hate me, and for good reason. I have wrecked countless SJWs and other assorted progressives/regressives over my last two years. Am I the biggest? No. Am I the baddest? No. I have put in some solid work, though. A good portion of said work has consisted of blowing the fuck out of Alex Lifschitz, Sarah Butts, and Dina Karam. So, I can understand why those two might have wanted to sue me. I gleefully mocked them both and had fun while doing it.

Seeing the screens that show just how much I was under their skin makes me smile.  Thank you to whoever leaked them in the first place. 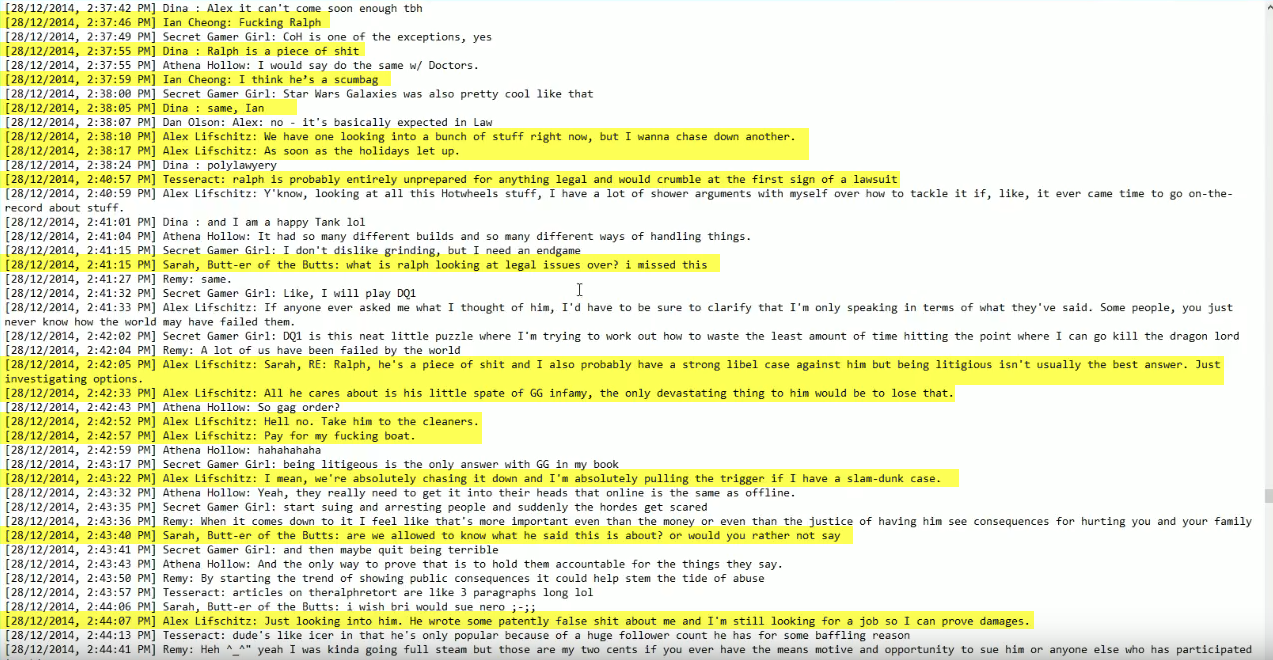 Dina Karam is a fraud and a phony. I couldn’t be more happy that I helped get her ass shitcanned from Mighty No. 9. Alex Lifschitz is a cuck who got dumped just like we all said he would. I almost feel bad for the guy. Look at him before GamerGate… 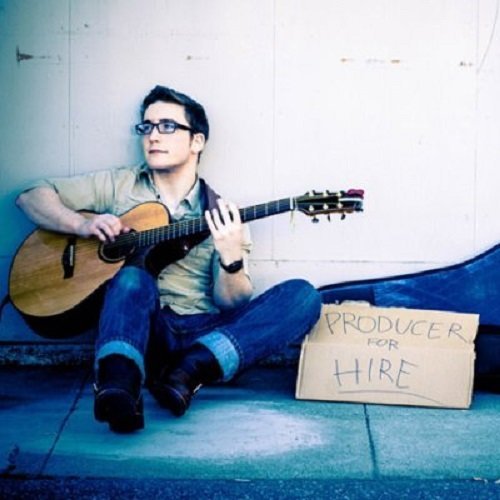 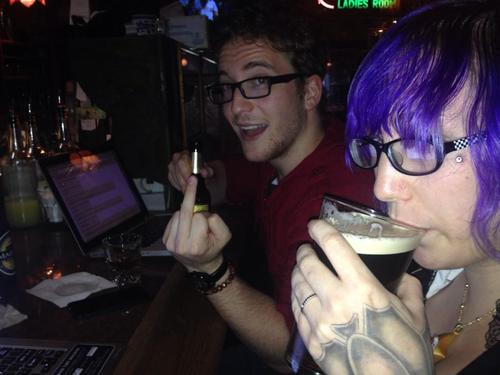 And look at him now… 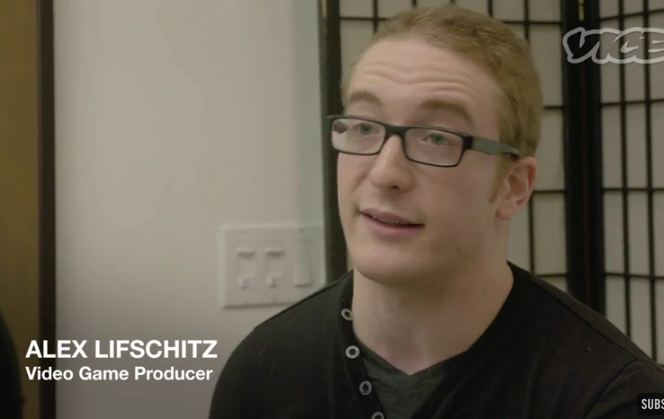 He looks like he aged 10 years, he’s balding now, and he has a dye job that reminds me of a reverse Joker or some shit. Oh how the smug and sanctimonious have fallen! 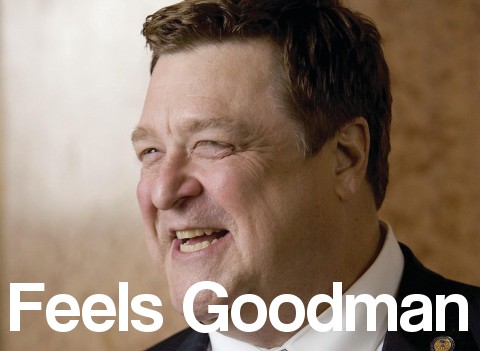 As for Sarah Butts, nothing I could ever say about that creep could be worse than what they admitted about themselves.

Oh, and as for me, your narrator? TheRalphRetort.com is having it’s best month since the fall of 2014. I guess you could say the ride never ends!

Haha, excellent point. Dude was also broke & jobless talking about suing me. Safe to say his priorities were out of order. @draginol

Right. They had all these plans to take ppl down for putting out the truth about them, but they want to be free to spread lies. @draginol