You guys know that I got known off GamerGate. I’ll never be ashamed of that, even though I also had a lot of brawls and bruises during that crazy bullshit. Now I mostly talk about it in the macro context, informing you when old friends like Zoe Quinn and Randi Harper fuck up. I don’t wanna the whole thing is over now, but GG serves as more of a peripheral thing. Yea it still exists, but it’s not what it once was. Well, unless something big happens like we saw this morning.

Mombot is a Japanese female GamerGate supporter who has been in the tag more than pretty much anyone over the months and years. I don’t use the tag as much myself now because I’m not covering the subject like I was in the heyday of GG, but Mombot definitely is. She constantly wrecks anti-GamerGate supporters and other assorted freaks. The shit is legendary if you follow her on Twitter. The only issue is, the people she wrecks want to bring her down a peg. So, they’ve seized on a theory that goes like this:

Mombot is really a man.

That’s about the long and short of it. There’s a dedicated mini-minority of people on Twitter who believe this and they got together in order to prove it. The funny thing is, many of these same people were very public about being anti-doxing. They said it was wrong in all occasions and for any reason. As it turns out, they were full of shit. Big time.

Here’s the screens from inside Izzy Galvez’s own personal dox crew DM cabal. Well, he thought it was his dox crew. In reality, it was a setup by Mombot and her associate… 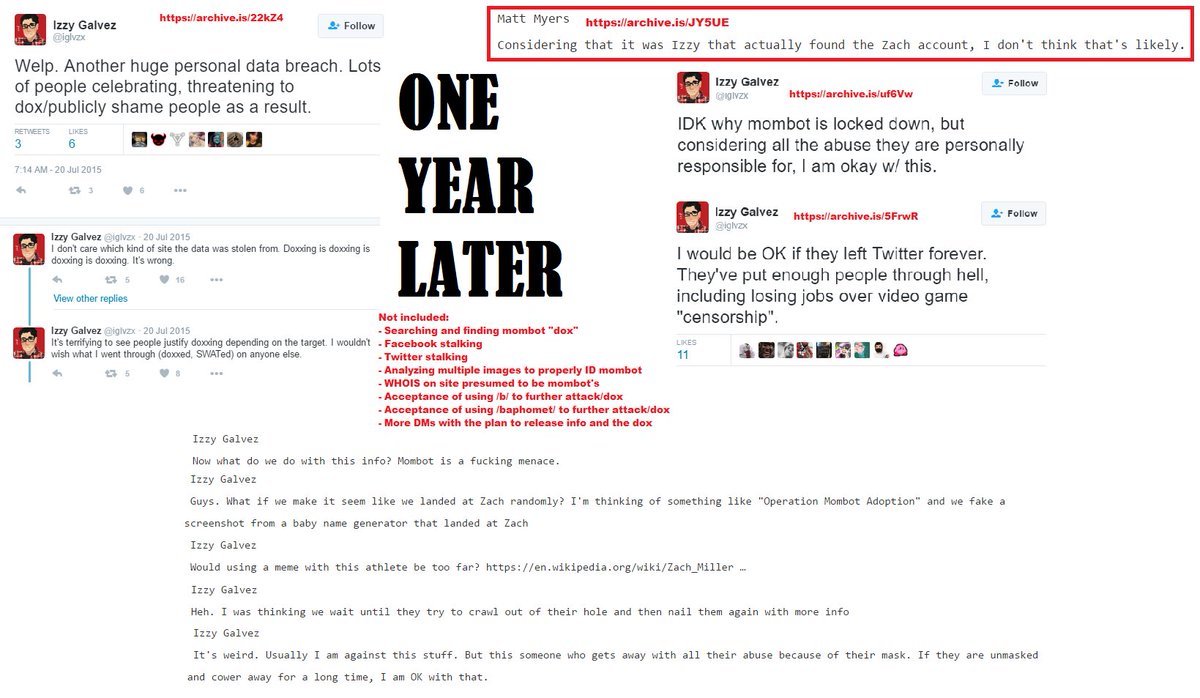 There’s a lot more people that got busted besides Izzy, I just thought he was the most lulz-worthy (here’s a link to the longer chat log)… 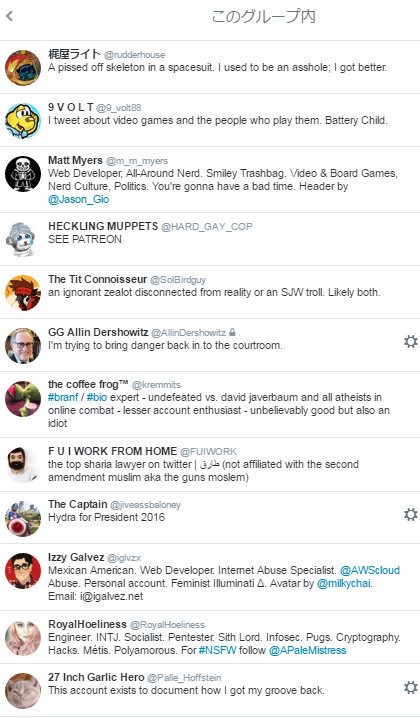 In addition to working for Zoe Quinn’s Crash Override Network (making his doxing even more funny), this guy works for Amazon. Perhaps making a few calls and send a few emails might help him with corporate advancement there at the company. Just a suggestion.

Oh, and I talked to Mombot herself, by the way. Here’s what she had to say…

@rudderhouse and I spent 4 months preparing real-looking social media accounts and pictures of a fake “me.” Then @rudderhouse slowly social engineered anti-GamerGate Twitter kiddies one-by-one in private DMs (direct messages). 24 hours ago, he called then all into a DM group. The rest, you can see for yourself in the chat log…

To be honest, all I had to do was act sufficiently “doxed” and feign panic when they thought they had a smoking gun—”my” photo and name—and tweeted it at me.

That and I had to “fight” with @rudderhouse occasionally on Twitter to build up his reputation as a credible Mombot hater.

This was a long con.

Agreed. This was a long, great con.

(EDITOR’S NOTE: Real Izzy is not too far off from the cover)