AMD Backs GamerGate Consumer Revolt? It Sure Looks Like It

OK, someone on Twitter came up to me a minute ago and suggested that a new ad by AMD looked like it tacitly supported GamerGate. I examined it and said yea, it does kinda look like that, but nah, probably now. Well, maybe I was wrong, since one of their executives just retweeted a GamerGate supporter mentioning it, with the GamerGate hashtag attached. There’s certainly no mistaking that one!

@bazyjonesy haha idk, I think they're talking about that pic maybe? But I like the message. Maybe it is a little on the sly support.

And the backing from one of their corporate vice presidents: 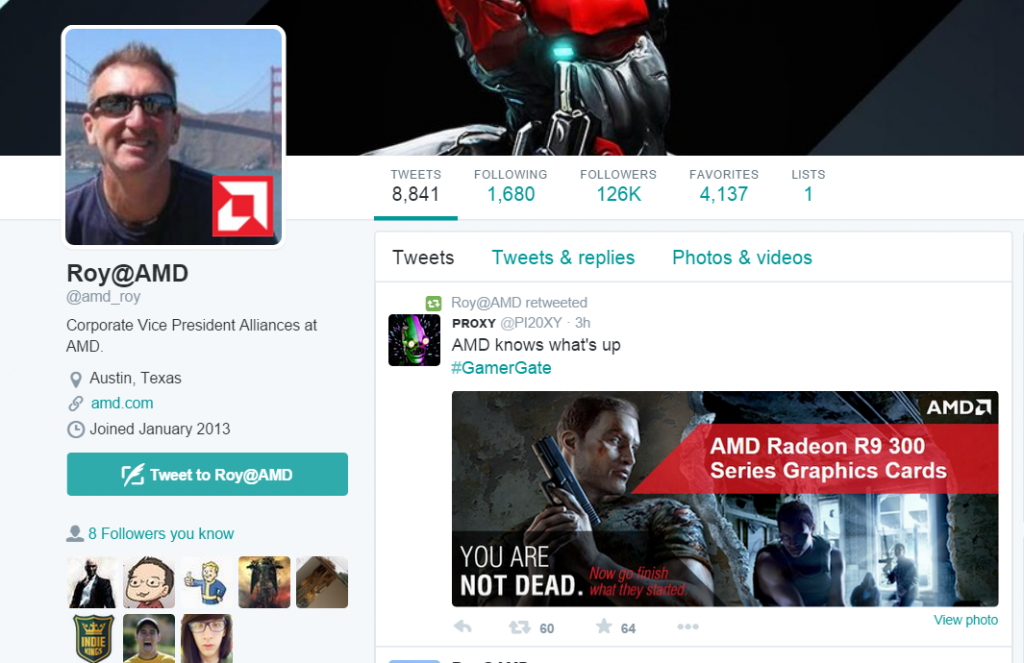 This definitely looks promising. I guess after the disastrous week SJWs had at E3, companies are starting to say fuck the bullshit. Also, we know how closely allied Intel is with Anita Sarkeesian and that bunch of fraudsters. So it’s a smart business decision by AMD to position themselves as the champion of the consumer. It’s feeling like the fall more and more everyday.

i'll tell you what, it's quite a coincidence that AMD released this ad campaign now, just as i was looking to replace my 680. #GamerGate