Welcome to TheRalphRetort.com this lovely Sunday afternoon. We’ll it’s still morning here, but afternoon will probably have struck by the time I get this up. Let’s start off with Amy Schumer. You’ll remember that we talked about her a couple weeks back. We showed you how she was under attack by her own rad fem allies over some racy jokes she had told in this past. She’s a professional comedian, so unless you’re a rabid ideologue, you wouldn’t expect her to apologize. But, like many predicted, that’s exactly what she ended up doing. That didn’t buy her much, though. After her GQ spread hit the other day, Amy’s “allies” went on the attack once again.

Here’s a couple photos from the spread, followed by reaction from “professional feminist” Jessica Valenti: 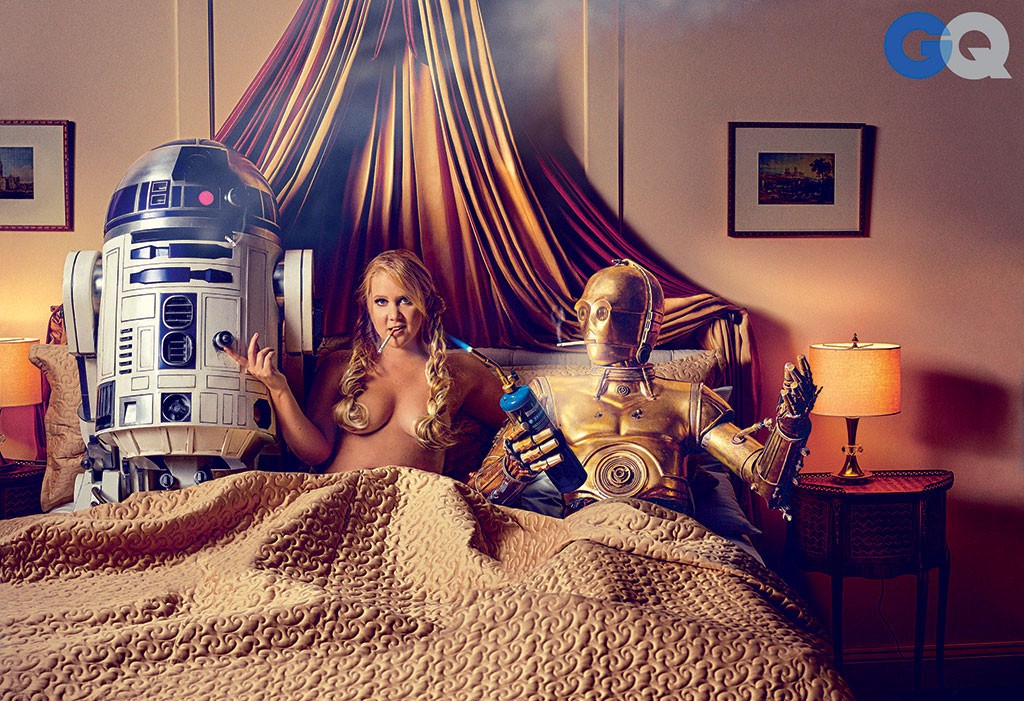 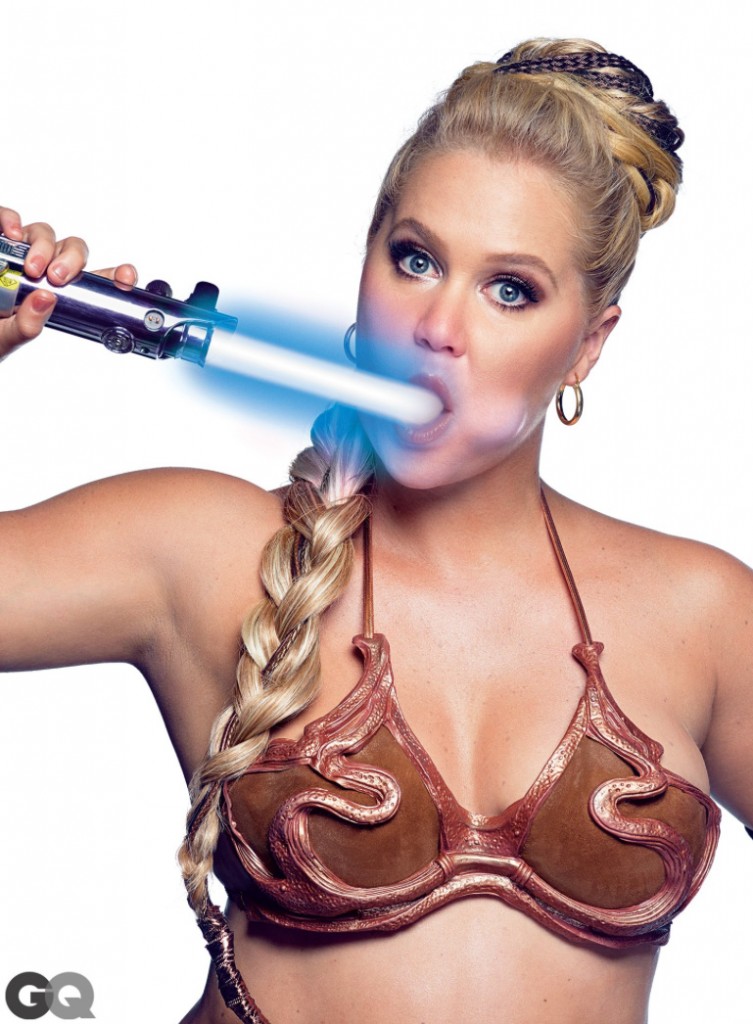 Obviously, this is a joke spread. I can understand why Disney wasn’t pleased, but most people can understand comedy. But Jessica doesn’t want to understand it, because her job depends on not understanding shit for a living. Also, I can imagine there’s some jealousy, but I won’t go down that path. You all can feel free to, though:

[T]o see a cover where the GQ staff literally took a woman who speaks for a living and shoved a penis-stand-in into her mouth is distressing. One Amy fan and friend of mine opined that the cover “broke her heart”. And the cover isn’t the worst of it. One of the pictures in Schumer’s spread shows her fellating a lightsaber.

It’s clear the shoot was meant to come across as funny and in good fun. It’s entirely possible that Schumer loved the cover and theme for the photoshoot. If so, I’d feel a bit better but would still think it’s terrible…

[T]he cover is a reminder that no matter how far a woman comes – even if she’s a successful, unabashed feminist – there’s always someone waiting to put her back in her place, with a finger in her mouth.

It must really suck to go through life being so fucking mad about photo shoots and similar dumb shit. I’d much rather save my strength for the things that you should really get up in arms about. Or maybe she could get up in arms about women being tortured in the Middle East instead of whatever pop culture dust-up she drudges up for the day. The funniest part about her columns now is going down into the comments to see The Guardian audience rip her to shreds. I would encourage you all to enjoy this pleasure as well.

I’ll be back with more in a bit. We have a couple reader submissions to go with the stuff I have for you. I’m also going to do a video on Leigh Alexander and her new buddy Sarah Butts. I have to get my money’s worth out of this new mic, after all.

P.S: Valenti wasn’t the only one to have a go. Some Huffington Post hack jumped in as well. I’m sure there are other examples.