I’m not a Nazi. I don’t think promoting an ideology that thousands of our forefathers died to defeat is something that makes any sense whatsoever. I also quite obviously enjoy race-mixing, as you might have noticed by my recent engagement. But, I do think you should be able to promote Nazism on Twitter if you so choose. Railing against the mixing of the races on the service is also fine with me. The answer is never censorship, so long as what’s being said is within United States law. Unfortunately, Twitter is no longer following my preferred format.

Today’s suspension of Andrew “weev” Auernheimer is just the latest entry in their recent shift. No reason has been given for the ban as of now. There likely isn’t a good reason other than Twitter wanted him gone. Weev was pretty good about following most of Twitter’s rules around so-called targeted harassment and the like, so they probably just got rid of him for his ideology. That’s certainly their right, but it weakens the service as a whole, in my opinion. 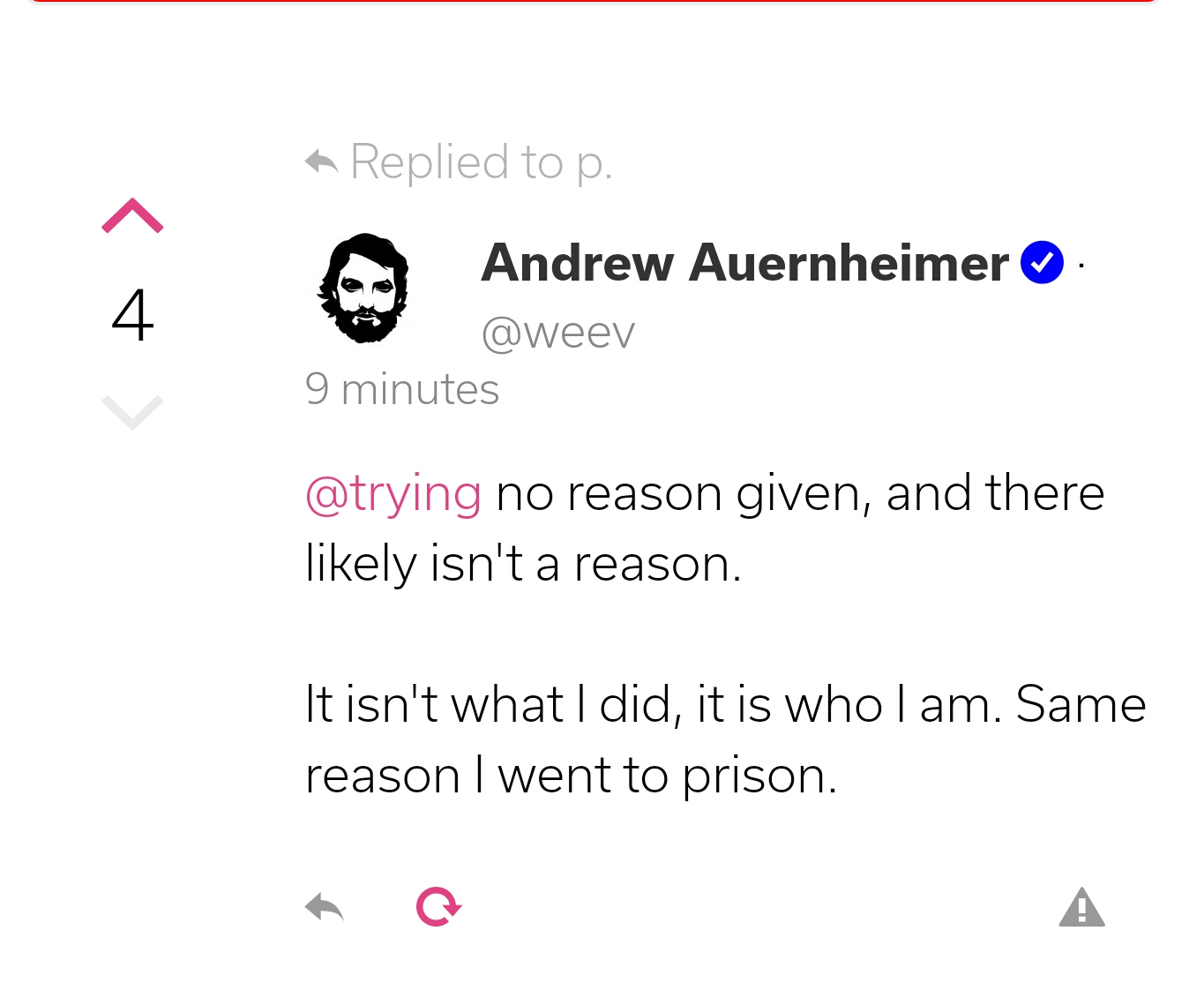 As you can see, weev is on Gab if you’d like to check him out over there. But he won’t likely be coming back to Twitter. As I mentioned in the opening, I’m not down with his policy prescriptions. But I am down with his right to advocate for then on social media platforms. Plus, he’s always been cool with me during my dealings with him, even if I am a filthy race-mixer lol. I wish him well, except for that whole Nazi thing actually taking hold.