AngryJoe Loses Composure and Goes off On GamerGate

After a series of recent videos, which I will show you below, YoutTube personality AngryJoe seems to have lost all composure. He went on an extended tirade against GamerGate earlier tonight. I guess maybe the recent heat is getting a little too close for comfort.

Here’s the video that really caused him to lose his shit hahaha:

There’s more here as well. AngryJoe is in full cover-up mode it seems:

This comes on the heels of fresh reporting from the likes of William Usher, and of course your’s truly.

In response to all this, AngryJoe finally released a statement earlier this evening, which I mentioned in the open (if you’re not dunk like me): 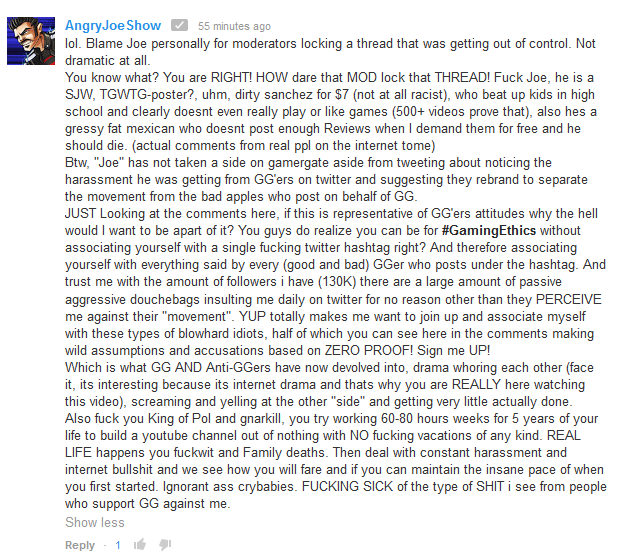 I’ll update this story further as the night goes along. I’ll be up for awhile on PS4 (ColorfulRalph is my PSN ID). I realize this is a very short update haha, so I’ll chime back in later.