I surveyed Anita Sarkeesian’s latest crowdfunding attempt last night, and it doesn’t look good. Admittedly, she picked up a lot of funding today (almost $27,000 or so), thanks to some key pimping by SJW goons like Frank Cifaldi. Still, if you look at Anita’s haul so far, it’s not too impressive: 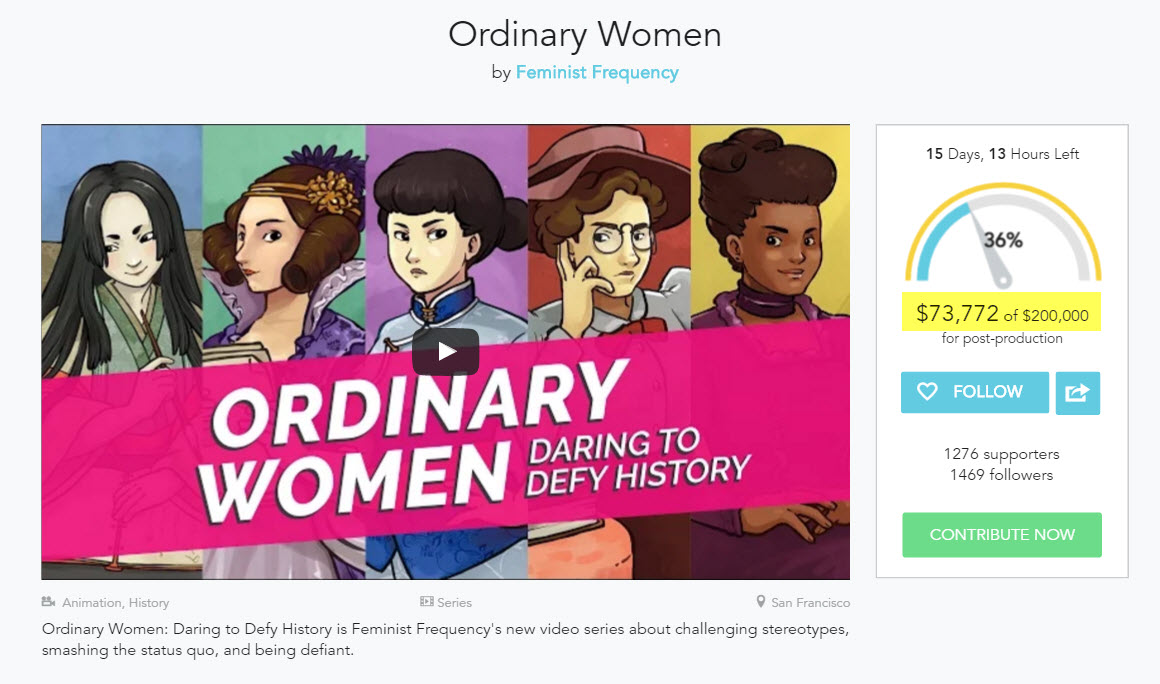 Sarkeesian has about half of her fundraising clock left, but as you can see, she’s coming in well under 50%. There is a slight caveat to all that, though. She’s using a service called Seed & Spark. One of their features is that you only have to collect 80% of your goal in order to collect. Perhaps that’s why the notoriously fraudulent frontwoman of Feminist Frequency decided to use them in the first place…

I would have to mark this down as a struggling campaign. Do I think it will fail in the end? I would still probably say no, only because I imagine Anita the Fraud will pull out every single stop imaginable in order to at least get to the 80% threshold. If she failed to collect anything out of this effort, with almost the entire mainstream press in her corner, it would be embarrassment on a massive scale. It should be noted that she’s behind the pace needed to get to 80% as of tonight, so my headline is accurate.

Still, I’m going to be keeping a close eye on her tally as we head into the homestretch. You better believe I will be here to kickoff the celebration if she falls short. Even failing to get to 100% will be worth a post, in my opinion. I’d rather see her get zero, of course, but that would be a major league black-eye.

We’ll see how it goes.

UPDATE: I see how Anita jumped up in funding so quickly now…