Anita Tried to Smear Gamers With Elliot Rodger, When in Reality She’s Tied to His Family

What did Anita know and when did she know it? OK, it’s not quite to that level. But Ms. Sarkeesian and others on her side of the cultural debate have repeated tried to tie GamerGate to mass shootings and the like. Some have explicitly (and fraudulently) made the connection between GamerGate and Elliot Rodger. Arthur Chu comes to mind, for one. But Anita referenced him as well. Here’s what she had to say: 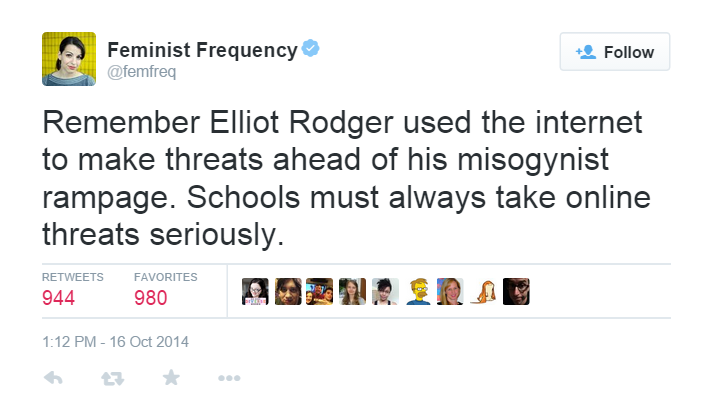 HE USED THE INTERNET? Are you for real? Well, we should obviously regulate the fuck out of it now and make it a safe space.

Real threats should be taken seriously, yes. I don’t know of anyone who’s saying they should be ignored. But we can’t turn the Internet into some pussified playroom for yuppies. The fundamental characteristics should not be changed, and if they are, the entire project will be worse off. I don’t want the government to fuck shit up more than they already have. I don’t want companies to be able to do that either, which is why I also support net neutrality.

But back to what Anita knew…It looks like there’s a decent chance that she actually knew Elliot Rodger. I will resist the urge to make an off-color joke about how she should have blown him…OK, no I won’t. But the point is, she was tight with his stepmom, took pictures for her wedding, and probably saw Elliot himself often. I can tell you that I never saw the motherfucker. So Anita has a lot more to do with him than I fucking do. I don’t think any other GamerGate people were friends of the family either, although I could be mistaken haha. 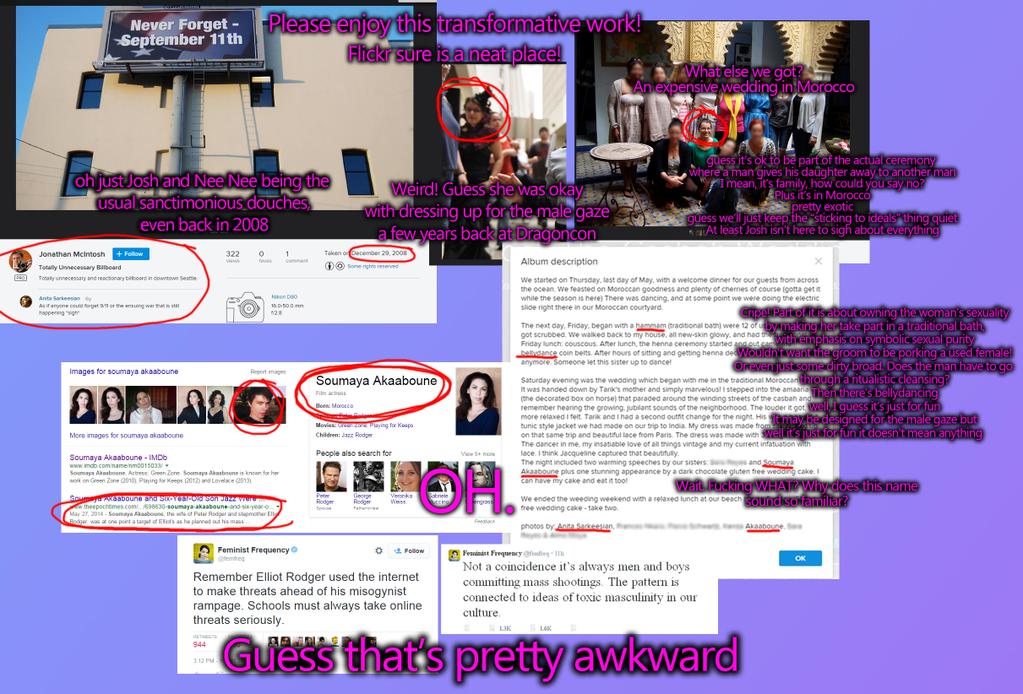 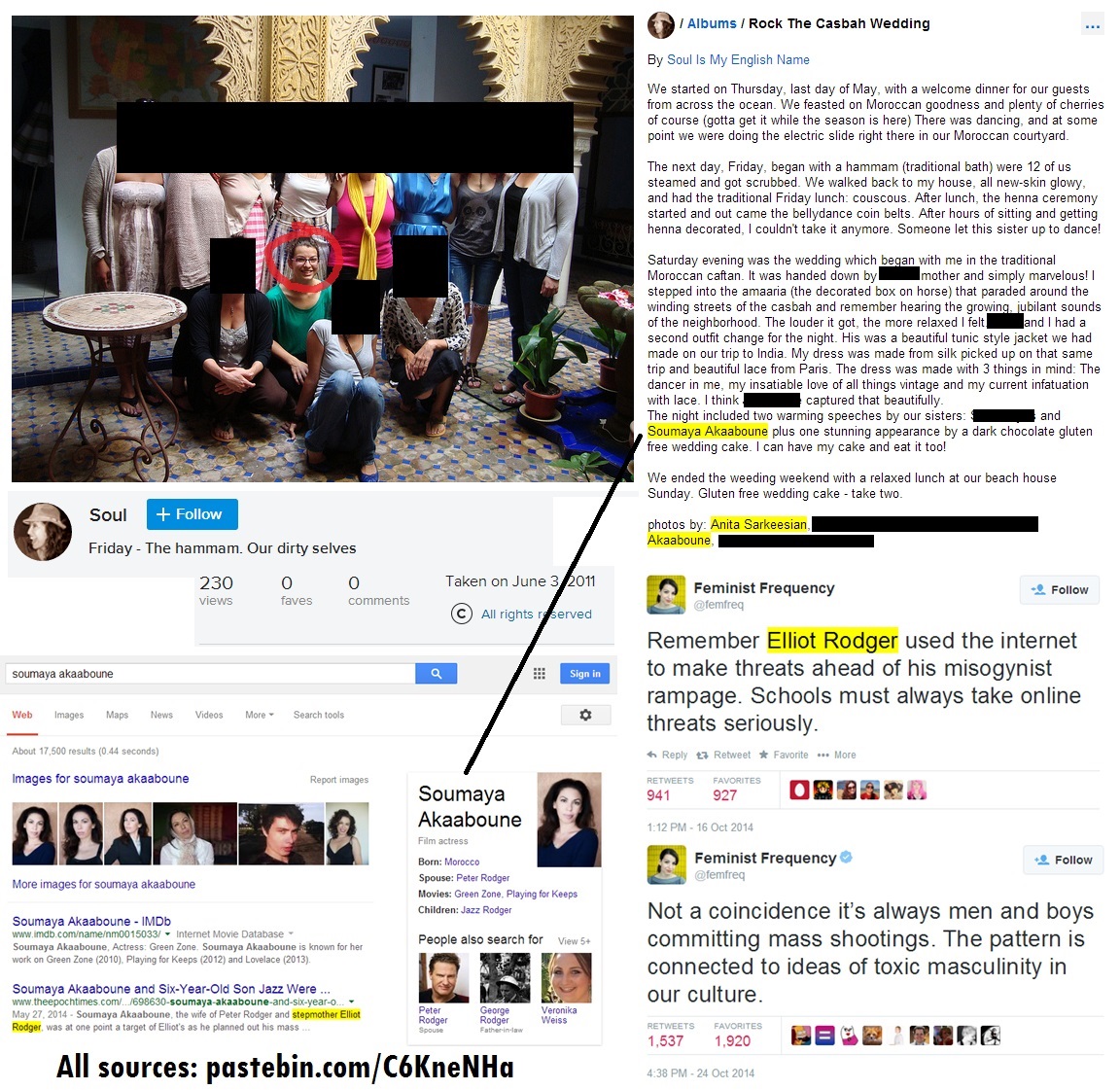 At the end of the day, it would be unfair to blame his actions on the FemFreak or anything like that. I mean, we’re not her, right? Still, I find this turn of events pretty damn hilarious. The very person who tries to tie gamers to mass murders was actually an associate of a real-life shooter. You never know what the fuck you’re gonna find out around here. Shit stays crazy.