OK, I’m back for the thoughts on Anne Rice and the latest flare up over on Reddit. The thing is, Ms. Rice is a hell of a woman. I’m not gonna lie, I never read any of her work or paid her much attention before GamerGate. I did know of her, due to how prolific she was. But I didn’t realize she would become such a strident defender of free speech, as well as an eloquent critic of the poisonous politically correct culture. Check out her first take from Wednesday night: 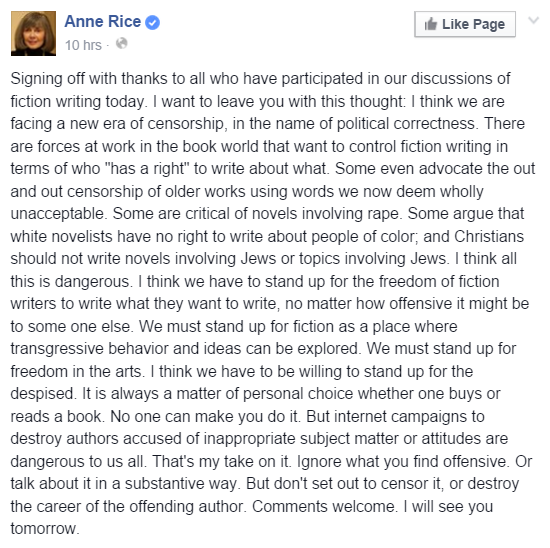 This awesome post was then shared on Reddit’s r/books. It rocketed up the page, and I beleive it might have even made it onto the Reddit homepage. Someone correct me if I’m wrong there. But regardless, it didn’t last. Why? Because the censorious bastards there decided that they had to protect SJW feels: 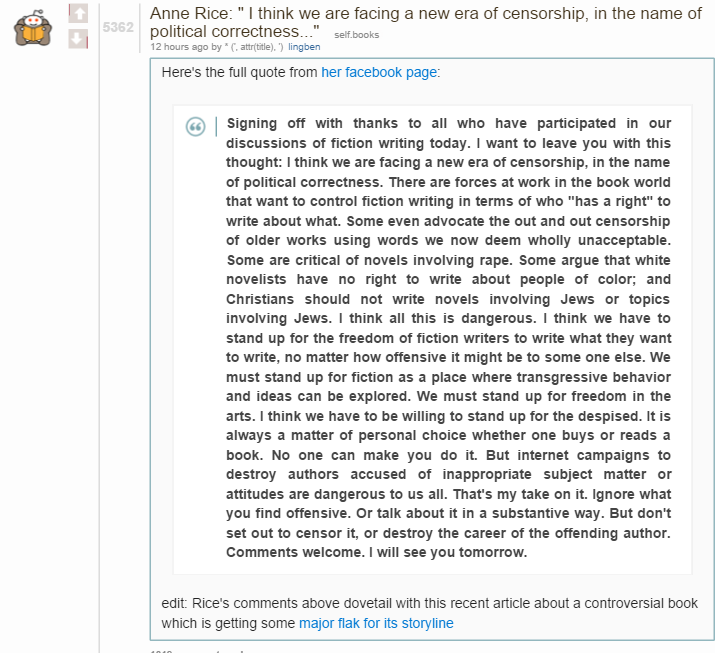 Sure, this deletion is disturbing. But let’s face it: we’ve seen this before. All these idiots have done is increase the attention on Anne Rice’s powerful words. They also perfectly illustrated the point she was making. SJWs are so fucking afraid of their cult being challenged that they will routinely censor and ostracize to get their agenda enacted. It’s because they know there’s no other way for them to win. It usually backfires, though, like it has with Ms. Rice.

Here’s what she had to say in response to the deletion: 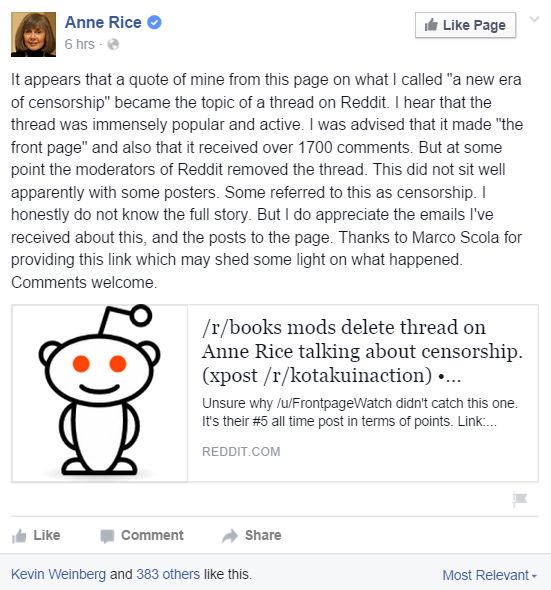 OK, looks like I was right about it making the front page. To be honest, this is the best thing that could have happened. A famous author who’s defending free speech gets censored on Reddit? I mean this shit writes itself. Well, not literally, although that would be nice. You know what I mean, though. Our opponents always go with a heavy-handed response when they feel like they’ve been bested rhetorically. I thank them for their foolishness, because it’s one of the main reasons GamerGate is still going strong one year later.