I was sitting here today doing nothing, when I was alerted to the fact that Cassie Jaye’s Kickstarter for The Red Pill was about to end. I went to check it, and it was already a good $20,000 over it’s last stretch goal. To say this was a rousing success would be a massive understatement. She fought the radical feminist mob and won. They even tried to slime her with hit pieces, but she still came out on top. All I can do is tip my hat at her tenacity. 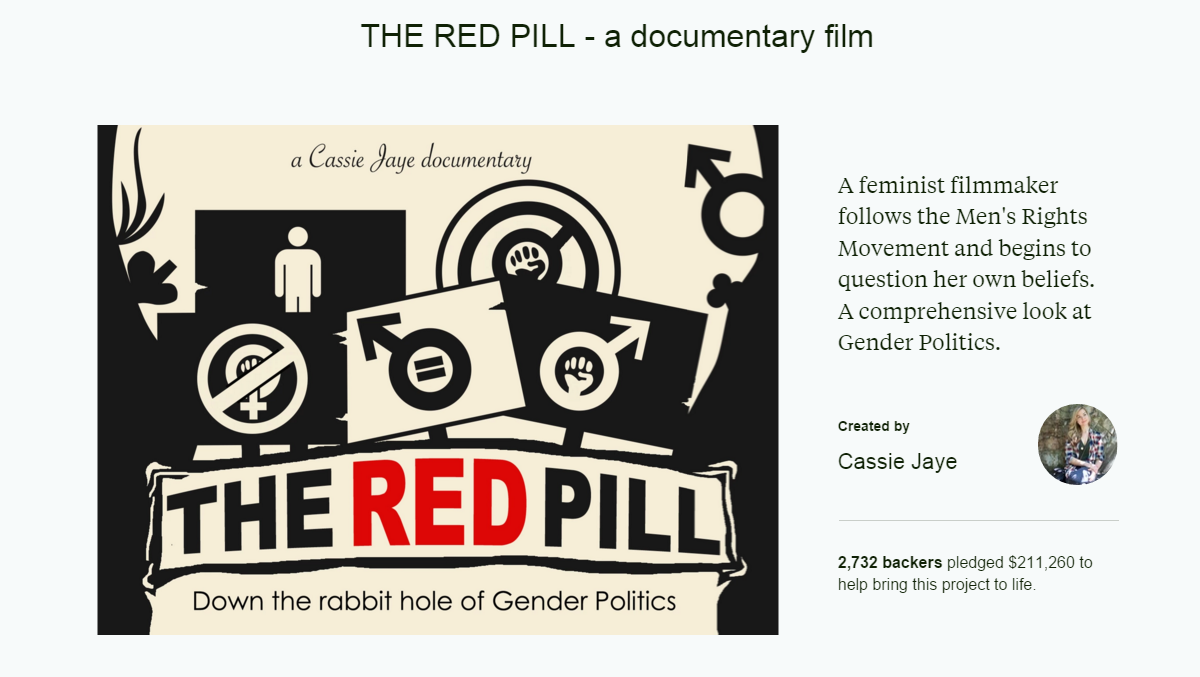 Not only that, I’ve always been struck by how nice she’s been in the face of such attacks. I know I might have been tempted to take it to another level if a greasy fuck like David Futrelle was libeling me, but she resisted. Her response was forceful, don’t get me wrong. But she kept her composure throughout the process, and she never lost her spirit of positivity. That’s truly commendable.

So, the SJWs have lost yet another round. I’m sure they’ll immediately start ignoring the entire project. I also expect a media blackout. Still, we should all be proud of Cassie Jaye and her amazing victory. I can imagine that everyone who donated is just as excited as I am to see the finished product.

The mega-successful fundraiser only raises those expectations, but I’m fairly confident that Cassie will be meeting them. Only time will tell, of course, so I’ll be keeping my eyes on this project. Check these pages for further updates. I know Ms. Jaye herself is going to be releasing a video about all this later on, so I’ll update this post when it hits.

And oh yea…suck it, Anita.