Another day, another bullshit story about anti-gamer hatred. Despite the fact that no GamerGate supporter has ever been arrested for anything related to GamerGate (can’t speak to DUI’s lol, or the like), the media continues to push this narrative about us being some violent pack of thugs. There’s only one problem with this: it’s not fucking true. Yes, I do like to use profane language at times, but that doesn’t make me a violent criminal. In fact, if I was better at it, I could win a Grammy off the shit. But the sad fact is, I’m not. So you’ll have to settle with my written words instead.

So when I heard earlier today that the Honey Badgers had been denied a booth at the Calgary Expo, I was a little bit incensed. I mean, I’m an asshole, so I would have expected them to deny me. But these are “minorities” in Randi Harper terms (all women are minorities according to her lulz). How can a conference that claims to be about inclusion do something like this? Oh, it was because of the incessant bitch brigade over on the SJW hate mob side: 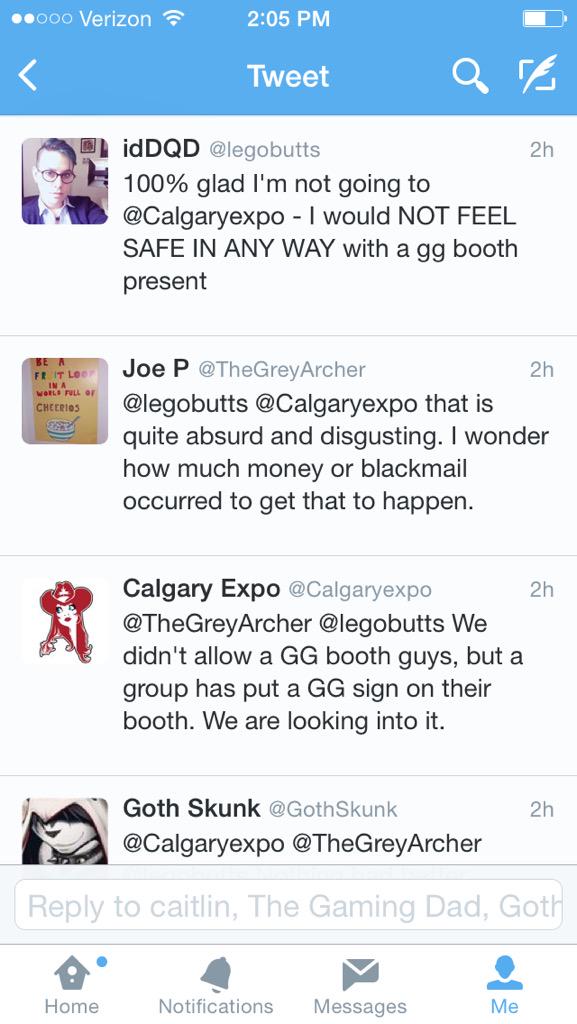 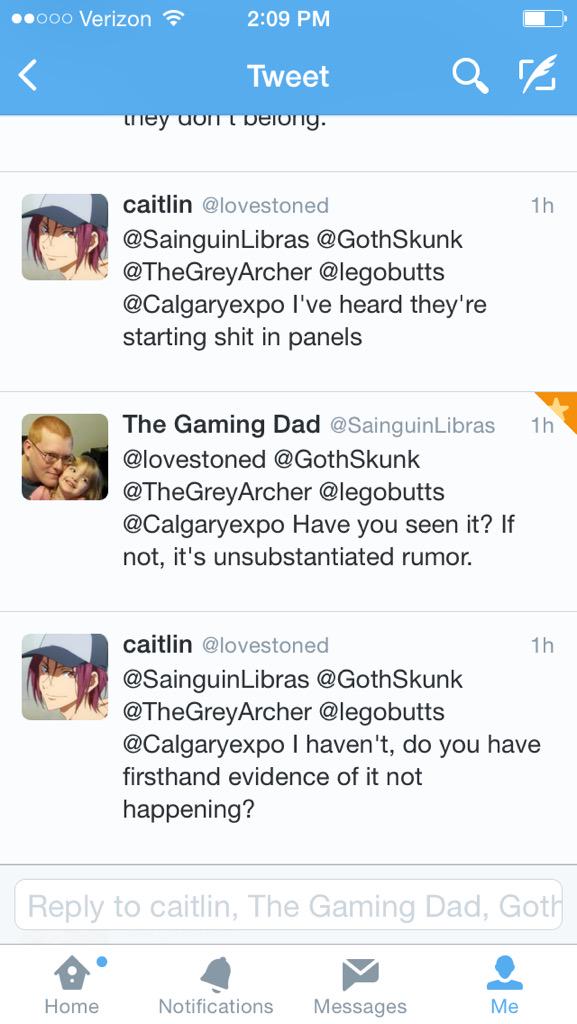 Here’s The Mary Sue’s dishonest report. The Honey Badgers did get to participate in one panel before having their booth denied. Just one more example of SJWs silencing debate. Also, The Mary Sue seems to intimate that there was harassment going on, when I didn’t see anything of the sort. I’ll be back to update this as more rolls in. I’ve been dealing with some family stuff today or I would have already had it up.