Anti-Gamer Headcase Threatens to Spit on Opponents at GDC

I was just about to go to sleep, but someone pulled me in with another story. Yes, I thought the findom meltdown would be my last effort of the evening/morning, but here we are. I would have probably went ahead and gone to bed, but I felt like a spotlight needed to be put on this story (although I’m sure some of you have already seen it. Anyway, before I pass out, let me dispense with this intro and get to the story.

Some SJW card game designer talked some crazy shit on Twitter last night. Her name is Naomi Clark. I had never heard of the rando before last night (Oh, it looks like she also worked with Anna Anthropy). I think I might have seen here in the #GamerGate hashtag talking crazy, but other than that, I have no idea who she is. Well, I should say had. I did a little Google searching, and as it turns out, our old friends at Kotaku know this person well: 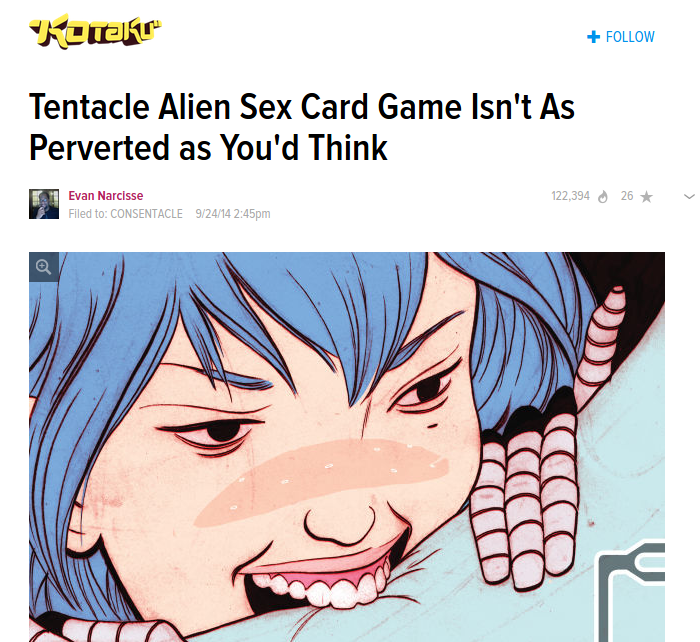 I checked her website, and it’s pretty sparse. It looks like she got where she is through the SJW employment/crony network. I’m not saying she has zero talent, but I think it’s a little strange that a total unknown like her has a feature like this to hang their hat on.

To be fair, she does have some other features. It’s not everyday you see someone threaten gamers and developers who are pro-ethics: 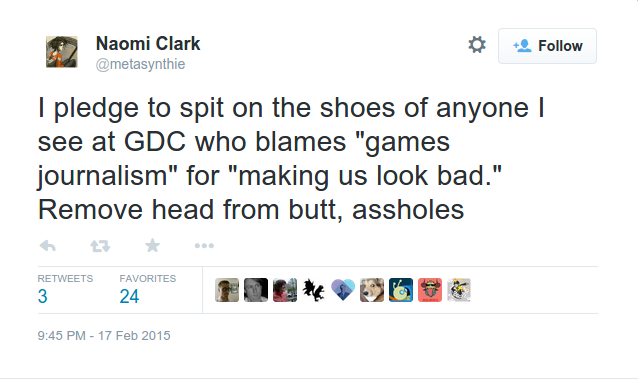 If I had said something like this, they would be screaming that I threatened battery against anti-gamers. How is it any different here? Then the nutter spent several tweets afterwards picking fights with people who told her they would stand up to her if she tried some shit like that (so would I, btw). These aren’t the actions of a balanced individual.

Maybe instead of puffing her up, Kotaku should be calling her out. But oh, I forgot. They don’t do that sort of thing to people like her. And that’s a huge part of the problem. If I felt like these bastards had even the slightest amount of honesty, I wouldn’t be as strident as I am. But they’re not, so I am. Luckily for me, they make the work easier with outbursts like this one.