More on this as it comes in. Working on updates and and second post at the same time…

How the fuck did this person have Top Secret security clearance? The whole account reads like a Louise Mensch parody job.

Also, it’s fair to ask what the hell her parents were thinking when they named their daughter Reality. But that’s a separate post altogether.

EDIT: Apparently she changed her own name to Reality. This is a major sign of mental illness and should have tipped someone off to her dangerous narcissism before she was able to harm the country.

This is not the week to remain silent #BlackLivesMatter pic.twitter.com/YQTcH7rjvt

@tedcruz Trump derangement syndrome: noun; a radical idea that big corporations shouldn't be running America as a tool for their own profit

There are many Americans protesting US govt aggression towards Iran. If our Tangerine in Chief declares war, we stand with you!

@kanyewest you should make a shirt that says, "being white is terrorism"

@AnonymousPress what happened to the Feb 28th call for Trump to resign? 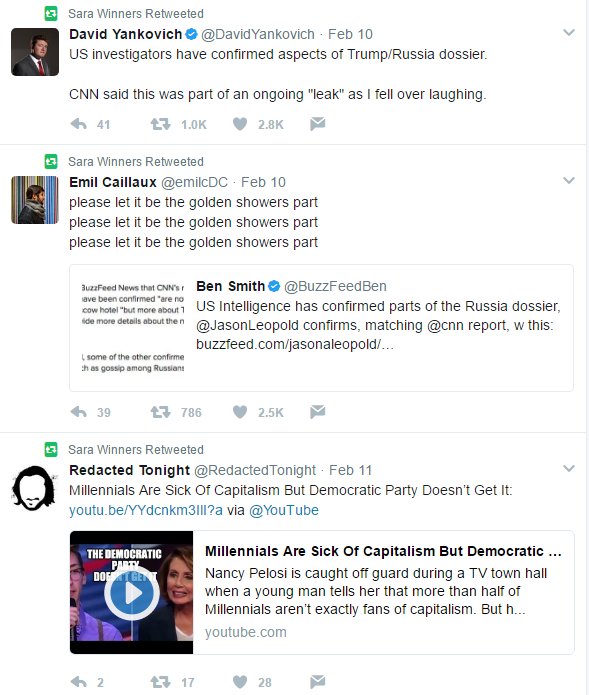 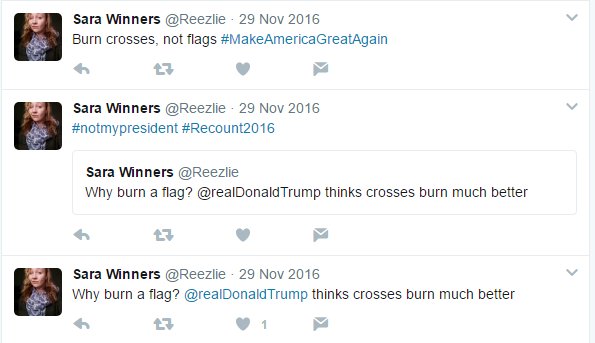 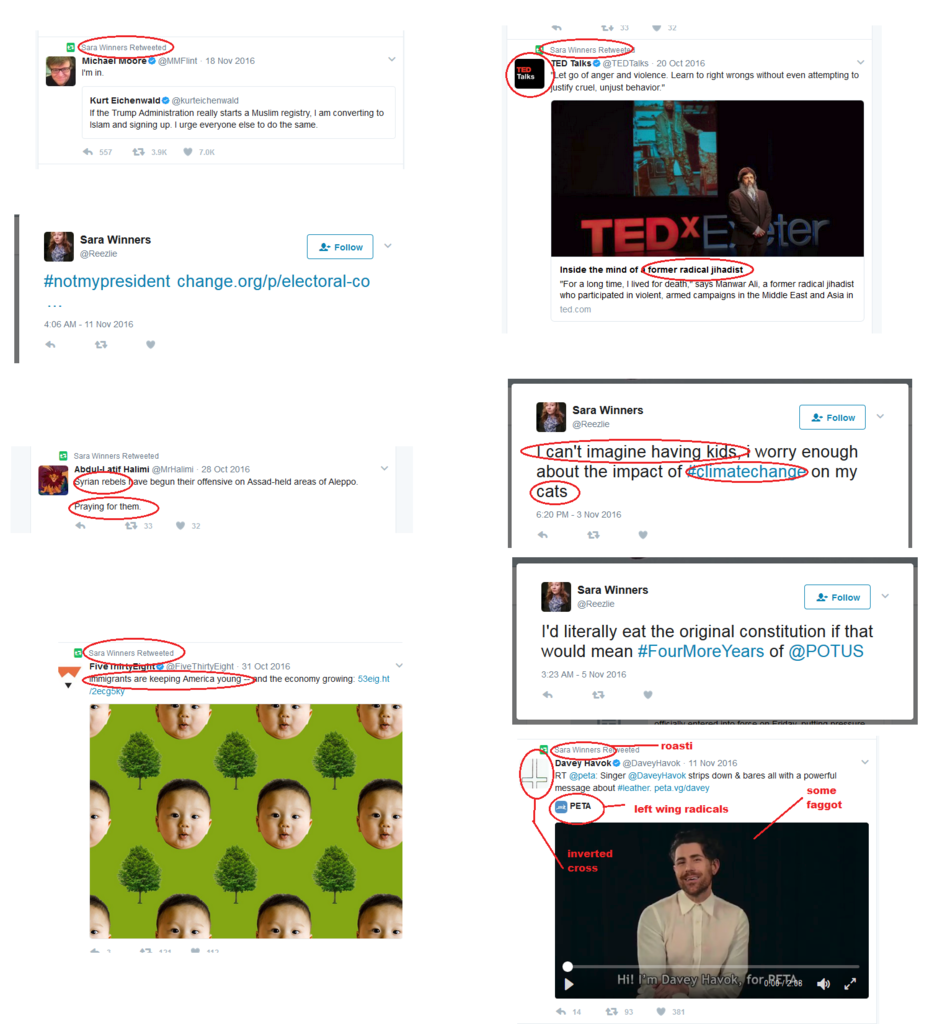 I’m mixing screens in with tweet embeds so I can beat the rush that’s sure to ensue. They’ve all been confirmed, however. This chick was a full blown communist, hated Trump, and despised her own race…and those are just the highlights. Again, I ask: how did this person have Top Secret security clearance?

I can't imagine having kids, i worry enough about the impact of #climatechange on my cats

A 25-year-old federal contractor is facing charges she leaked a classified National Security Agency document to a news outlet in May.

The charges against Reality Leigh Winner came about an hour after the publication of a story based on an NSA document detailing Russian attempts to hack American voting systems in 2016.

President Trump has been pushing Justice to go after leakers inside the federal government, which he has identified as “the big story” when it comes to Russia’s involvement in the 2016 presidential election. Winner’s arrest could signal the federal government is going to aggressively investigate and prosecute individuals who send classified intelligence to news organizations.

Trump and other Republican allies in Washington have made pursuing leakers one of their top priorities, but Winner is the first to face charges for releasing classified intelligence.

Winner, of Augusta, Ga., is facing charges that she removed classified material from a government facility and mailed it to a news outlet. She was arrested on Saturday and appeared on the charge Monday.

The announcement came shortly after The Intercept published a report based on a classified intelligence document showing Russian government hackers attempted to hack more than 100 local election officials before the November election.