I’ve been gaming all day, so it took me a minute to get this one up, but I think it will be worth the wait. After I published my Twitter story, I heard about Arthur Chu’s mega sperg-out from this morning. In case you missed it, GamerGate is going to be doing a panel at SXSW next March. If you don’t know what that is, here’s a brief primer:

South by Southwest (SXSW) is an annual set of film, interactive media, and music festivals and conferences that take place in mid-March in Austin, Texas, United States. It began in 1987, and has continued to grow in both scope and size every year. In 2011, the conference lasted for 10 days with SXSW Interactive lasting for 5 days, Music for 6 days, and Film running concurrently for 9 days.

Honestly, I see this much the same was I saw SPJ AirPlay. It’s a media stunt that I don’t think will do much outside possibly raise awareness about GamerGate. For that reason, I’m in favor of it (even if I’m not a huge fan of the #SavePoint name). Still, some SJWs can’t handle this shit, even if it doesn’t mean that much in the grand scheme of things. Why? Because they don’t want us to have any legitimacy at all. Having a seat at the table gives us some of that and it triggers the fuck out of nutcases like Arthur Chu. 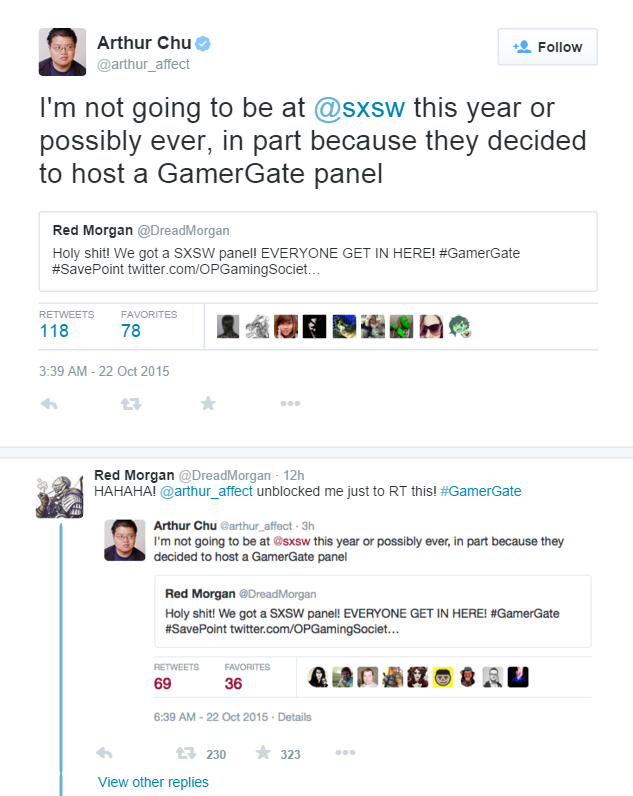 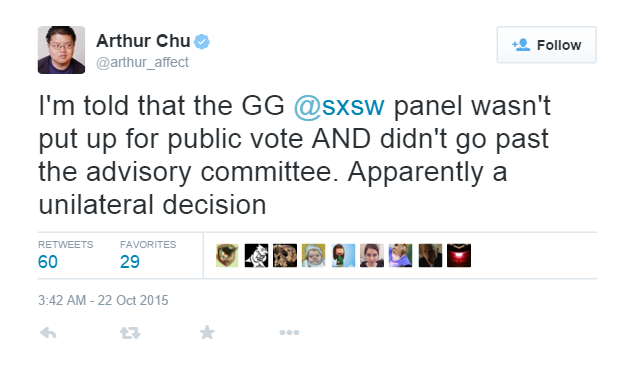 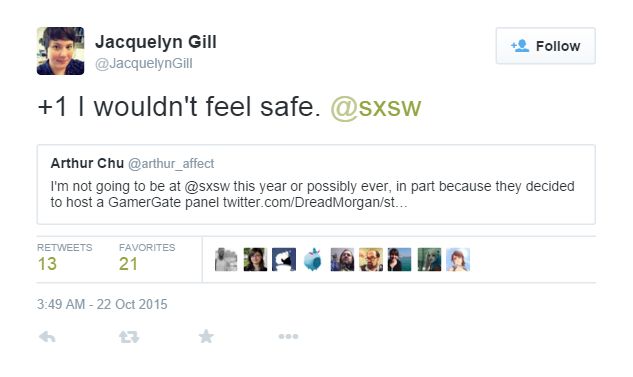 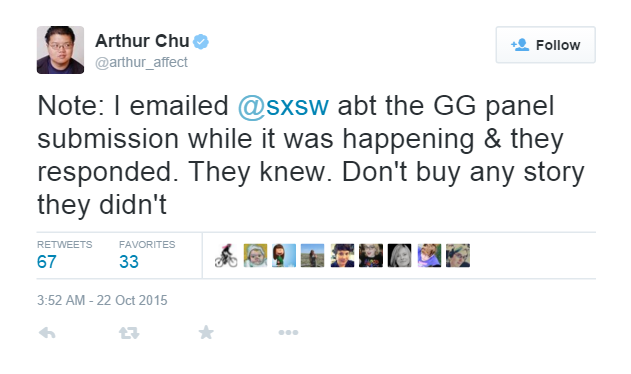 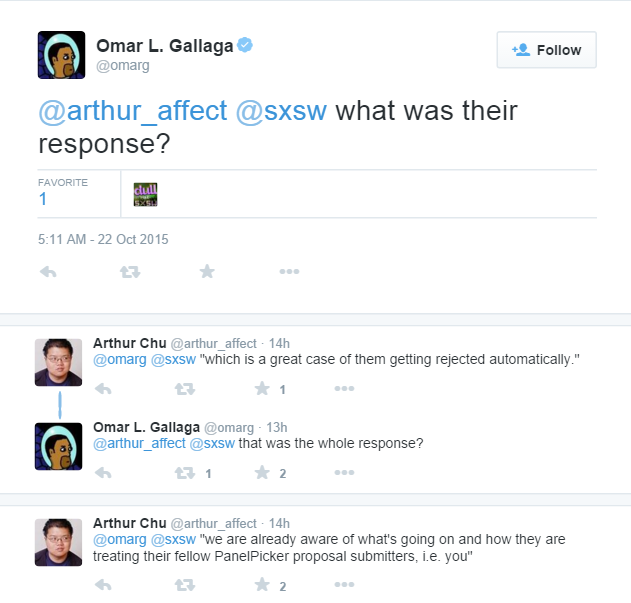 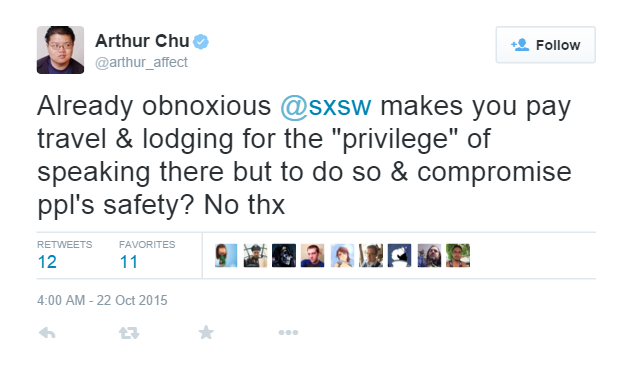 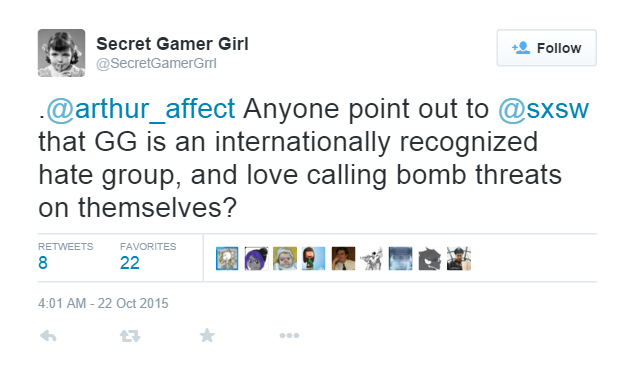 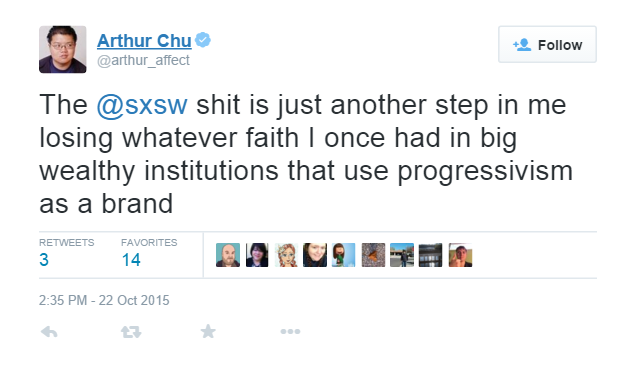 This guy is a complete fucking joke. Losers like him want to win a debate without ever even having one. Ever since he got his ass handed to him several times back in the fall, he’s been the biggest bitch in the world (even claiming that he was done talking about GamerGate last November). I guess he’s one of those types who refuses to take their beatdowns like a man. Hell, I’ve suffered one or two myself. That’s just part of being a public figure. You don’t see me trying to stop people from having a platform as a result of it. As for a shorter response to Mr. Chu, I think Oliver Campbell hit just the right note earlier today…

Indeed. Chu the Dickless Reject has quite a ring to it.