Another day, another dollar. Well, not many dollars, but at least I love what I do. I ate lunch at the Capital Ale House with a GamerGate supporter here in Richmond, Virginia. I won’t name him, simply because I didn’t ask beforehand. But it was an enjoyable meal and the ale was tasty indeed. I’ve been back for several hours now, trying to think about what I want to cover today. I saw something hilarious right off top, and it plays into our theme from yesterday. Brianna Wu is getting beatdown yet again, and it’s a beautiful thing.

Before I move on to other topics, I wanted to relish this ass-whipping. It’s definitely one of the worst Wu’s taken: 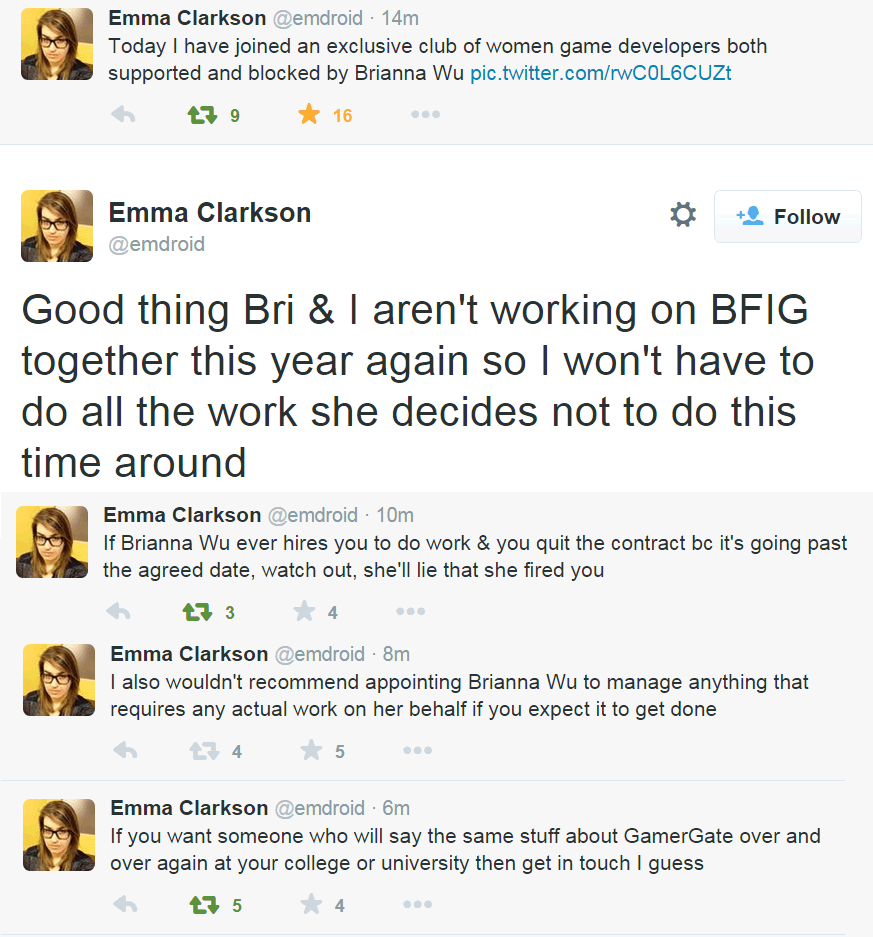 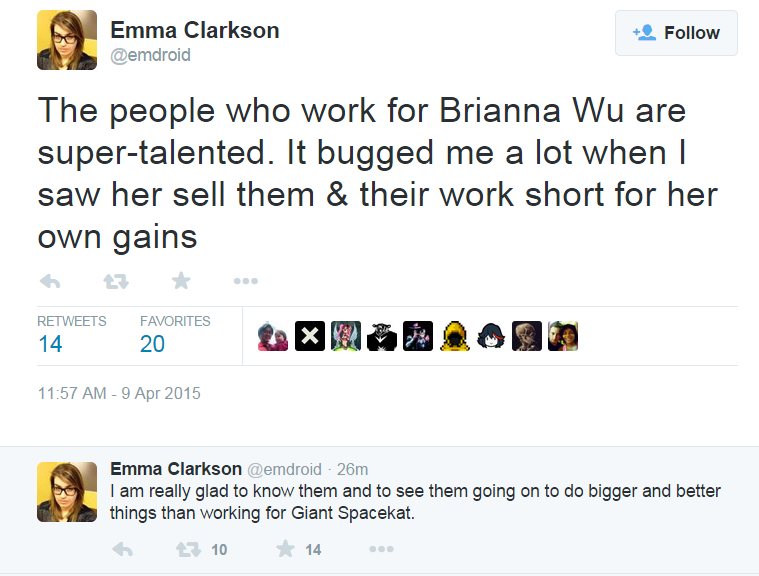 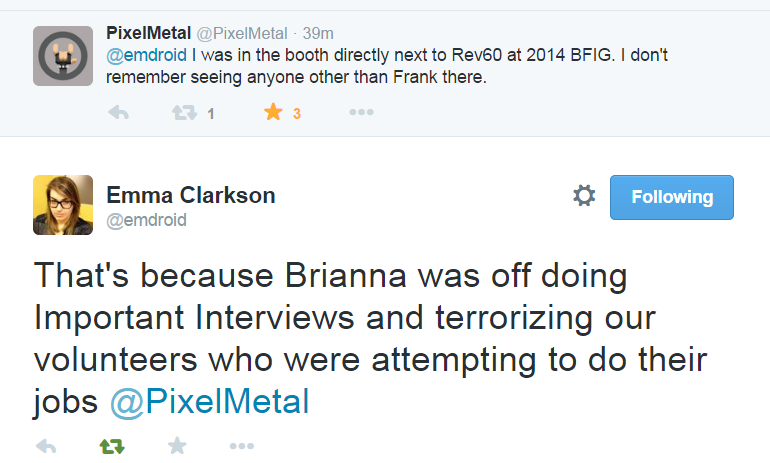 She’s still blowing her out now, as we speak (errr, write). During the middle of all this, I decided to ask her if she had ever worked directly for Wu, since she seems to know an awfully lot about her and the employees of her company, Giant Spacekat:

So this is a person with direct knowledge of Wu and her operation. She doesn’t like what she’s seen. Who can blame her? Wu seems like a detached-from-reality bully. I’m gonna get to some other stories together, including an interesting piece on the so-called “rape culture.” But I had to recap this a little bit. Good lord, Wu just got smoked again. How long until she goes off the deep end completely?