BEAUTIFUL DAY: Anti-Gamer Forces Turn on Each Other

It’s been another spectacular day here at TheRalphRetort.com headquarters. I’ve spent the last three hours or so laughing my ass off at the slap-fight that’s broken out among the anti-gamer contingent on Twitter. Now, I’m watching UK politicians beat each other up. But I had to turn that down and focus on this write-up, because today’s implosion was just too damn good to ignore. It involves our old friend David Gallant, as well as Big Randi Harper. For once, Randi is on the right side of things. Don’t get me wrong, she’s still a piece of trash. But you have to give her at least some small credit. In order for those who missed all the events to understand this story, I’ll have to first explain it all.

A #GamerGate supporter/shitposter named Airport (@CHOBITCOIN, also a LewdGamer author) put up a provocative picture of herself holding a gun on Transgender Day of Visibility, which is March 31st. It was clearly a satirical statement, but Brianna Wu and others got together and tried to get her kicked off Twitter. It didn’t work. So then some even bigger idiots tried to label her a rapist (with no evidence) in an attempt to smear her character:

Randi Harper came out and said this was a bridge too far: 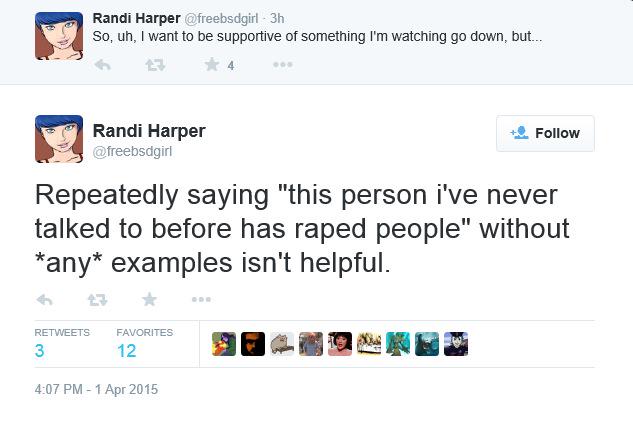 She wasn’t the only one. And guess what? They all took a pounding from the crazies in their own caucus… which of course includes the psychopath David Gallant. After spending all night last night subtweeting Randi and taking shots at her, today she called his bluff. Watching the other side devour themselves like this is always a delicious treat. 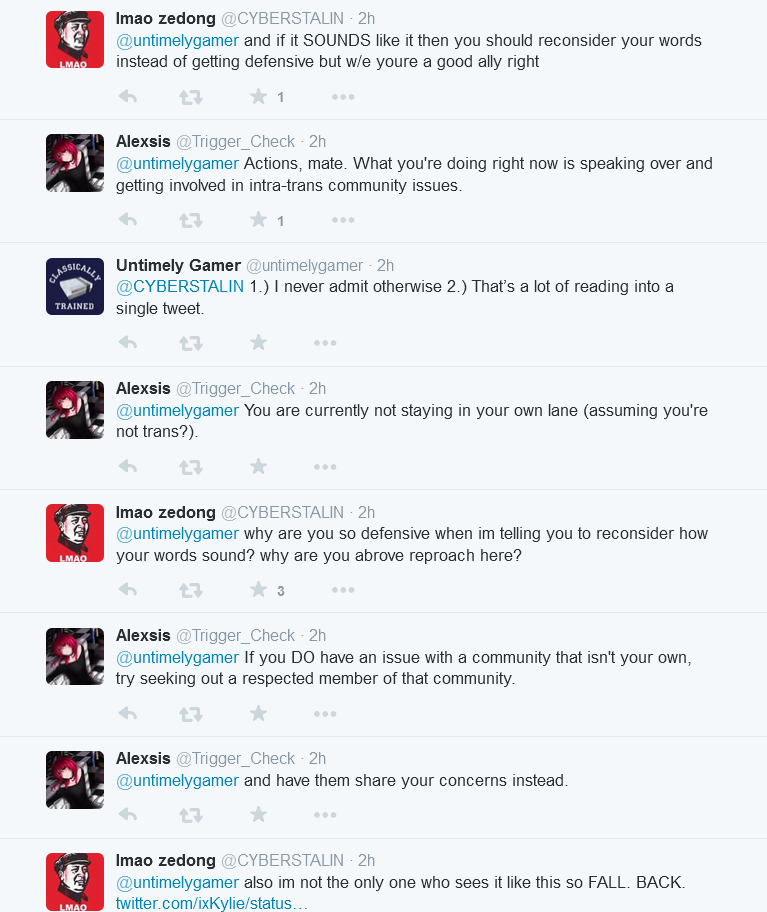 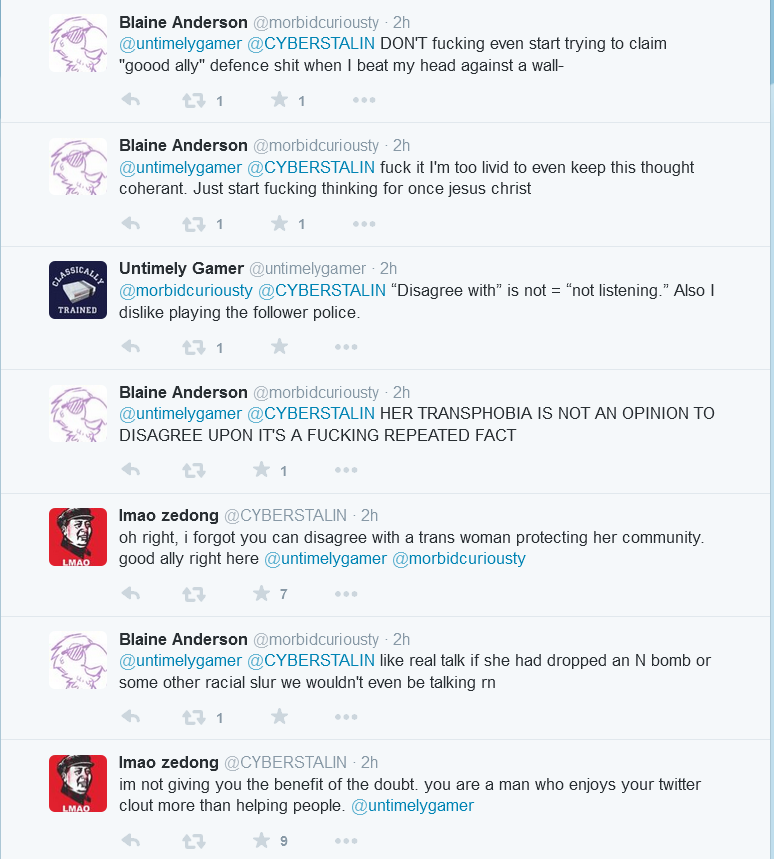 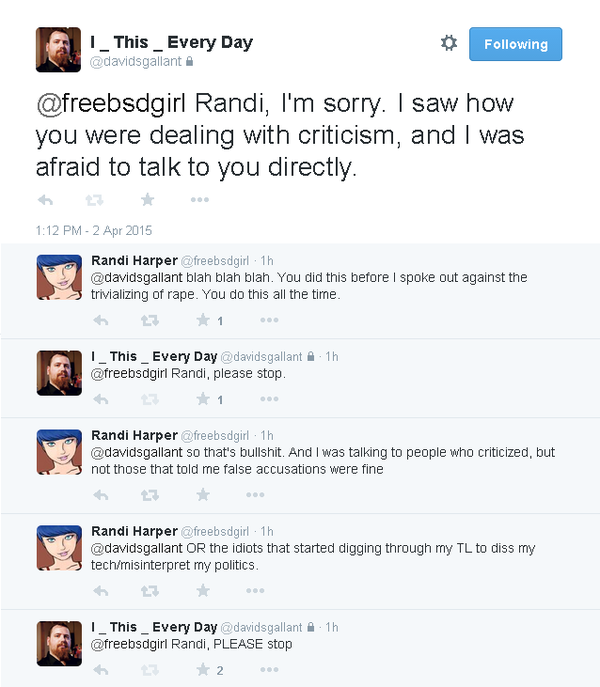 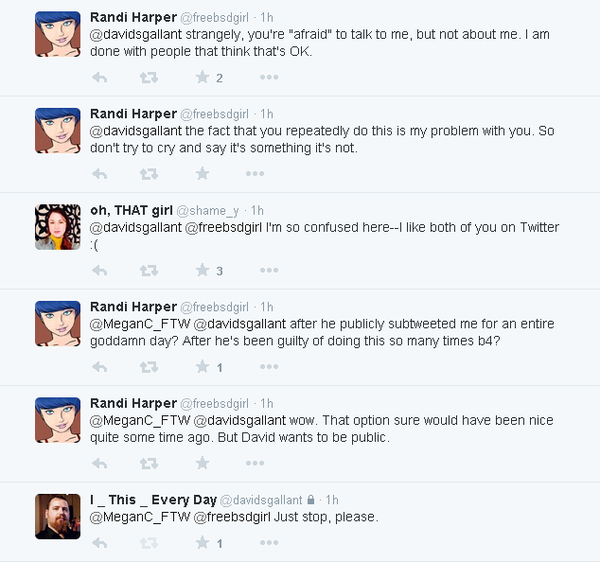 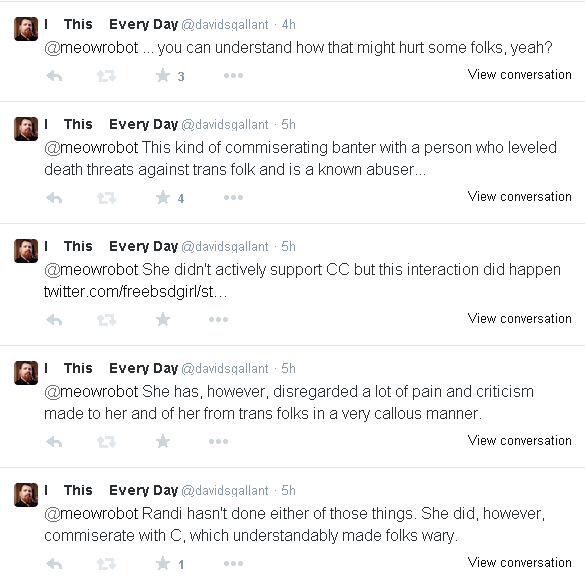 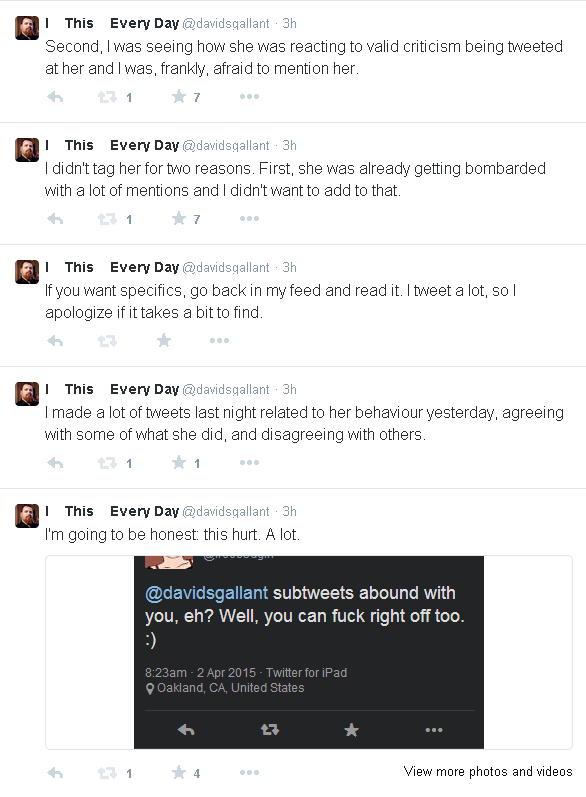 It only got worse for Gallant. Randi smells blood, so she’s going in for the kill. And while he allegedly used to fuck Zoe Quinn, Ms. Harper is now in business with her. I wouldn’t count on any intervention from her or the cuck. Cash is their motivating factor, and a bum like David Gallant just gets in the way:

Loool looks like Randi has had enough of emo Gallant. #GamerGate pic.twitter.com/NjtflXqPYe

You have a dick (allegedly), so you can never be a big enough victim, Gallant. AND YOU'RE WHITE LOL#GamerGate pic.twitter.com/Tt0IbAkOHj

Their community is always at war over who’s the biggest victim. So it’s not a surprise to see Randi going at Gallant for being a white male. That’s a major transgression that you can never get over, unless you cut your dick off. So she will always have that “slur” to use against him…unless he decides to take the plunge. I guess we’ll just have to wait and see on that one. Until then, enjoy today’s festivities, and let me know what you think down below. I’m going to go eat dinner. I’ll see you back here later this evening, I hope.