There is a huge debate going on over at Twitter.com right now. I have two other stories to write, but duty calls on this one. RogueStar is back in hot-water again…as always. One reason I’ve decided to address it, is because I seem to be representing the minority position. That’s fine. It’s always more fun that way.

So what did Rogue do, you ask?

Here’s the joke, based on the incident I reported the other day:

Rancid Harper (new nickname?) of course went into immediate victim mode, despite it clearly being a joke: 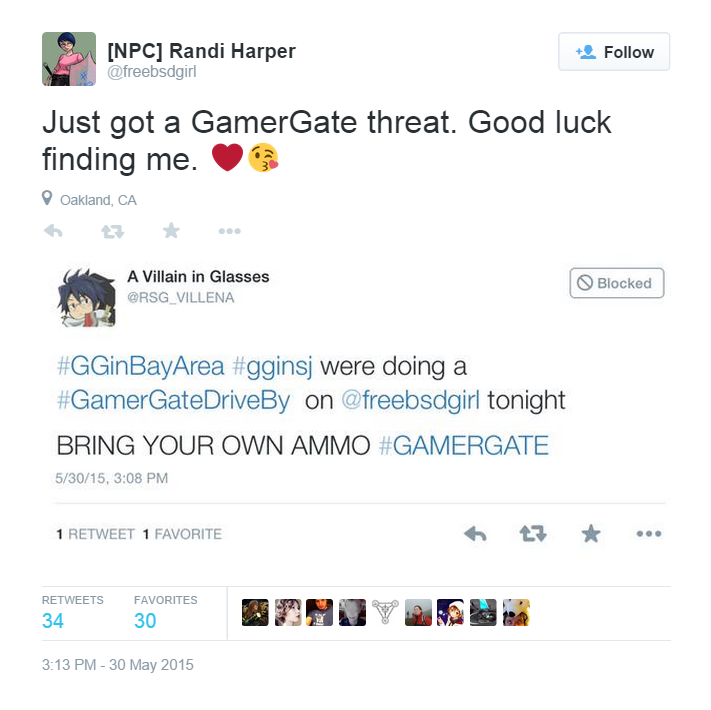 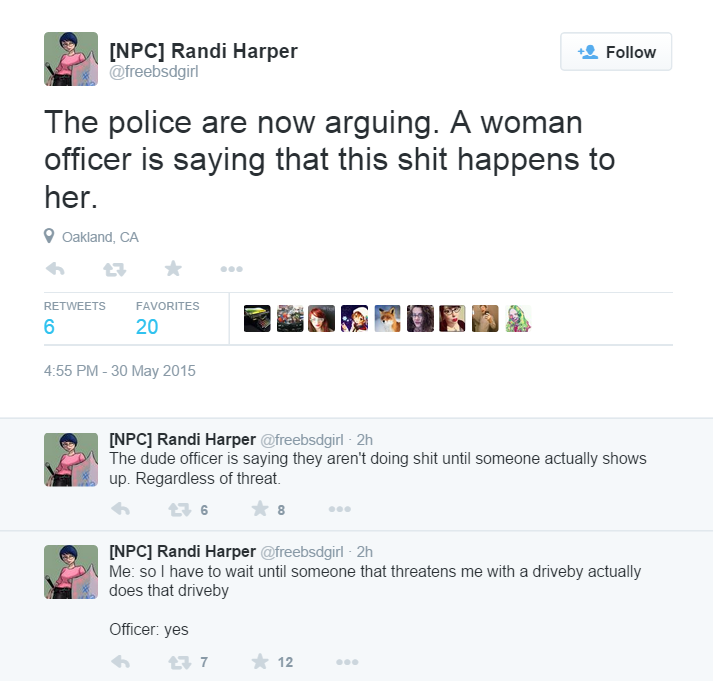 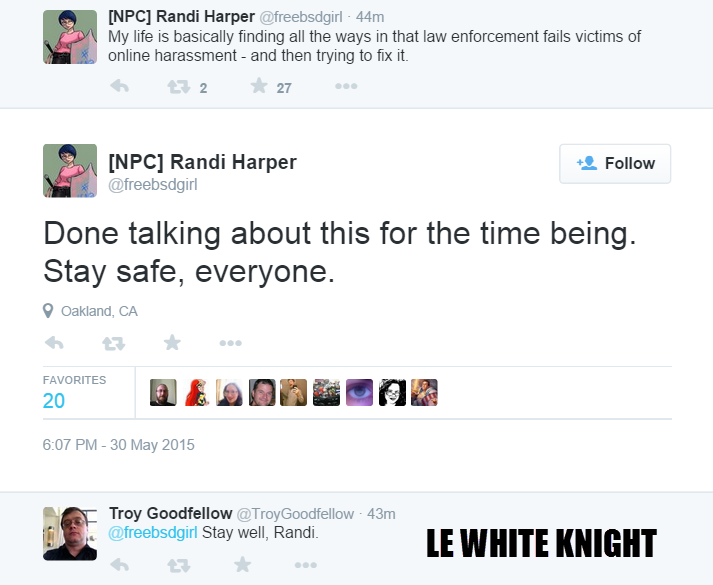 This was clearly a joke, protected by satire. Randi is in no danger, which is why the cop was trying to get rid of her. Thankfully for Ms. Harper, there was an SJW pig in there, so she ended up getting it filed. But no prosecutor is going to take this up. Period. It’s a waste of resources, and they would end up losing anyway. Harper likely knows this as well. Why is she still doing all this then? To pump up her Patreon, of course.

The thing that really gets me, though, is all the sperging out on our side over a clear joke. Was it dumb? Of course. But why some people in GamerGate take the Randi Harper line when you know that’s false as fuck? It’s just like everyone making a big deal over Internet Aristocrat’s drunk stream, and acting like it would sink us. When will people learn that the actions of one person has no effect on the GamerGate cause? It’s so fucking tiresome. Trivial shit gets blown up time and time again, simply because some people are afraid of what the lying SJWs or their media cohorts will say.

Look, I knew he would get banned for it. I'm not surprised. But trashing him and calling him a criminal is absurd. #GamerGate

Mfw Randi acts like this was a real threat…#GamerGate pic.twitter.com/xTvAye5ogp

Who gives a rat’s ass what they say? It will be false, just like everything else that comes out of their duplicitous mouths. I respect differing opinions, but people acting like Rogue is in jeopardy over a satirical joke are pretty much being absurd.

Let me know what you think in the #BasedCommentSection. I’m going to go finish up the other two articles I was working on before I was rudely interrupted.