There’s an old saying that’s been used among many in GamerGate: “never interrupt your enemy when they’re making a mistake.” Well, I didn’t even have a chance to interrupt Big Randi Harper. The disingenuous meth hound is at it again, this time, doxing thousands in an explicitly stated attempt to create an industry blacklist. This, just days after she called me out for linking to an Encyclopedia Dramtica entry with the dox of serial abuser and harasser Sarah Nyberg (the same scumbag who got my site taken offline in late December). As you can see, I would do the same thing again, because I just did. Nyberg is a piece of shit, and she made it personal by trying to kill my livelihood. Fuck her, and fuck Randi Harper. They don’t even believe in their own bullshit, anyway, as you can see by the events this evening.

Here’s Big Randi calling me out, which was pretty funny. I had a good laugh, since she has personally doxed numerous people on Twitter, even before the events on Saturday night: 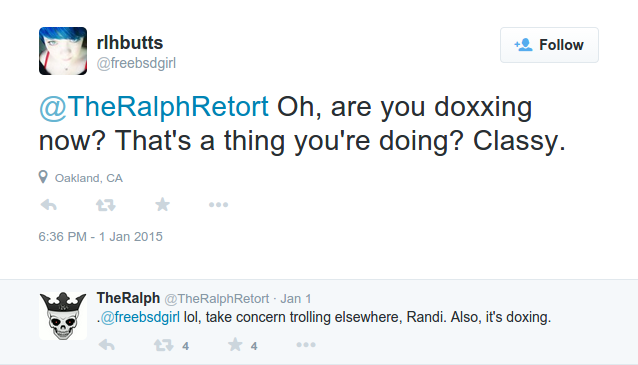 As I mentioned, the woman is a hypocrite: 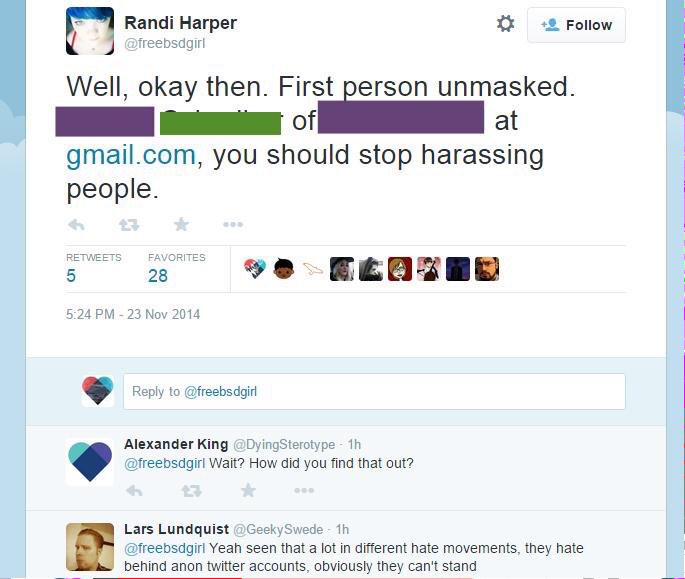 She’s not just your average, everyday hypocrite. This is one reason why I call her Big Randi. The other is because she is morbidly obese. 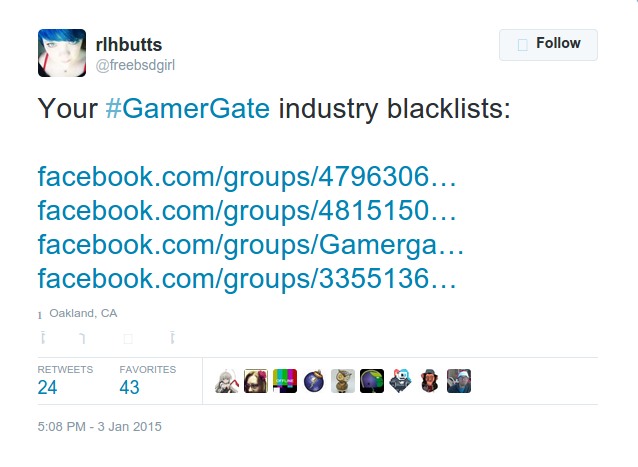 I mean, she doesn’t even try to hide it. She actually uses the word blacklist. That makes her a bit of an idiot, to be honest with you. We’ve been saying that the Anti’s have been up to this for weeks, but this is one of the most explicit examples yet of their flagrant disregard for any type of rules of engagement. I would never even think about doing something like this. To people like Big Blocklist Blockhead Randi, it’s their first line of attack. Let’s try to fuck up someone’s job, or get them attacked offline. That’s how they think.

The truth of the matter is, I’m glad they think this way. It makes our work a lot easier, in many respects. I do feel for anyone who may have been exposed or damaged over this, but I can’t help but think that this is a net positive for our cause. When people see just how low the other side is willing to go, they often reconsider their preconceived notions. The other side going to far is always what ends up fucking them over, and it’s going to be the way we win, as well.