I just got through watching the Arrow season finale. Without spoiling anything, let’s just say I enjoyed it. The show ended strong after a somewhat up and down season. But I’m not here to review Arrow. I’m here to talk about Big Randi Harper and her astounding tweets from earlier today. It seems she’s finally realized that GamerGate is not about harassment.
Here the somewhat stunning tweet. Of course it’s not stunning to us, because we’ve been saying this shit forever: 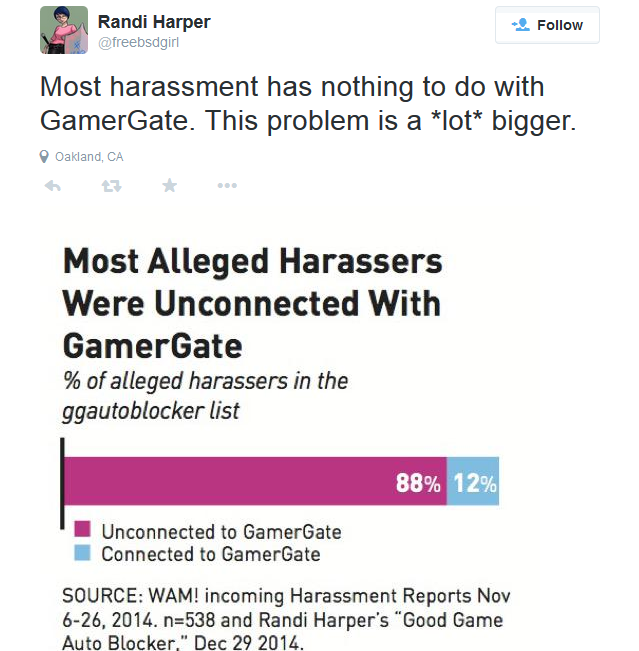 Many of you probably already saw this on Twitter, but I had to chronicle it here as well before I go work on a couple of other things.

By the way, I’d be willing to bet the “most” from that headline, is just about all harassers, since we know how third-party trolls like to wrap themselves up with the GamerGate hashtag. I’m sure Randi will probably try to qualify her statement here, but the facts are clear: GamerGate is not about harassment.

I’ll be back with more posts later, no lie. I crashed out early last night, despite making that claim. Not tonight. 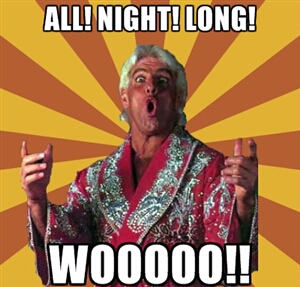