I’m getting ready for the Brexit stream tonight, but I simply had to come over here and bring you all the latest on the Nintendo controversy that Zoe Quinn started up yesterday. Some people claimed that the jibe had nothing to do with Zoe at all. In response, I noted this down in the #BasedCommentSection…

It didn’t matter to me wheter or not they had actually taken a shot at this wench. In fact, if it turned out not to be true, that makes the entire episode even funnier! Blowey Zoe starting this up over nothing is too delicious to contemplate. Well, it used to be too delicious to contemplate, because Nintendo has come out today and said that Quinn is a delusional fool who thinks the world revolves around herself.

OK, they didn’t quite put it like that. But still…

“As many have observed,” the company said in a statement, “when viewed in its entirety the Nintendo Treehouse: Live segment for Paper Mario: Color Splash from E3 includes two jokes separated by commentary and gameplay that have no relation to each other. One joke has to do with Watergate, while the other is a nod to the Fungi Fun Guys from Mario Party 8.”

Most reasonable people would back down at this point and admit defeat. Luckily for the lulz, Big Randi Harper is not a reasonable person. 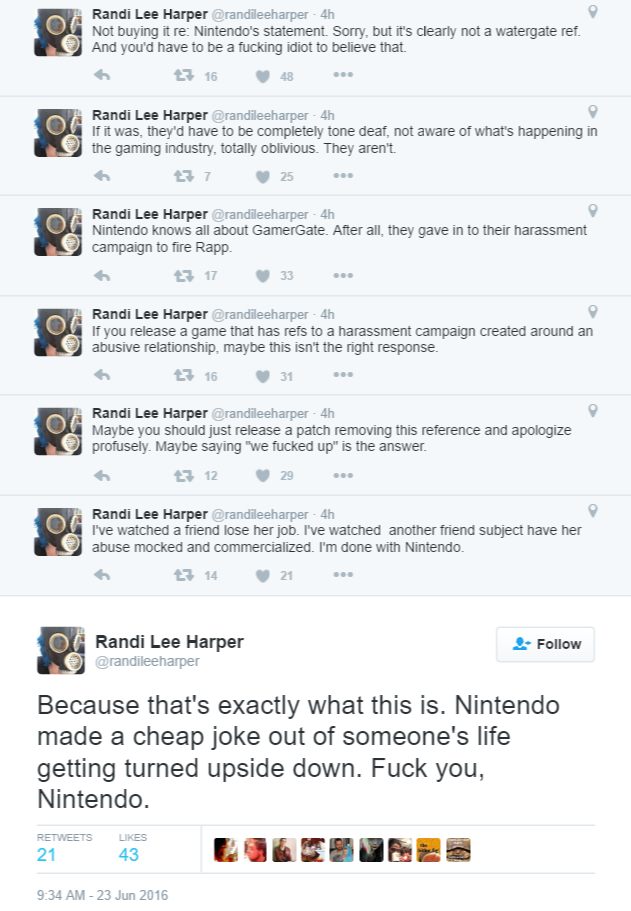 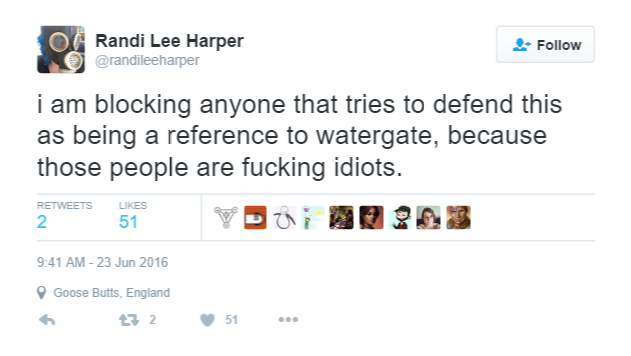 Zoe isn’t any better, as she now claims to be going on a “major hiatus.” Let me be the first to say this: Don’t let the door hit you on the ass on the way out, Zoe…and please stay gone this time. 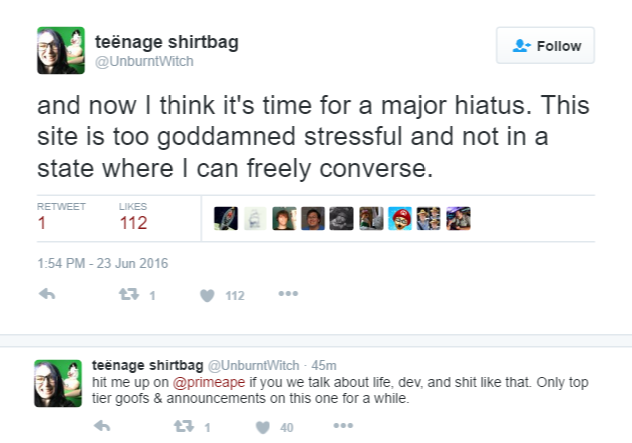 All this over a joke that wasn’t about you in the first place. That’s the professional victim mindset at work, ladies and gentlemen.