Sometimes I just have to laugh at the absurdity that comes across my computer screen. This story broke a couple days ago, but I’m only now getting around to it after seeing the hilarity on Twitter DOTCOM. If you’ve been following the Wii U release schedule, or even happen to own one like myself, then you know that Super Mario Maker is right around the corner. It’s a game where you can make your own Mario levels, etc. I probably don’t have enough time to sink in it, but I thought about purchasing just so I could play the submissions from others. One thing that didn’t cross my mind, though, was the type of disembodied hand used in the game. Thankfully, there are idiotic SJWs who will think these rancid thoughts for me:

During a meeting with Nintendo on Thursday in New York City, I tried the game and was immediately struck by the strangeness of a disembodied human hand – bearing little similarity in looks to my own – acting as a stand-in for my actual hand. Yes, I’m a white guy, but my fingers are far from long and slender (sadly). What if I were, say, a 10-year-old black girl? Or a 30-year-old Japanese man? Or literally anything other than an adult white woman (which the hand appears to belong to)?

Given the mainstream appeal of the mustachioed hero and his ongoing battle against Bowser, you’d think Nintendo – a company that’s repeatedly shown willingness to be inclusive – would have thought of this…

It’s just a bizarre and glaring oversight from a company that knows better, especially when it comes to games starring its mascot.

Here’s the picture, for reference: 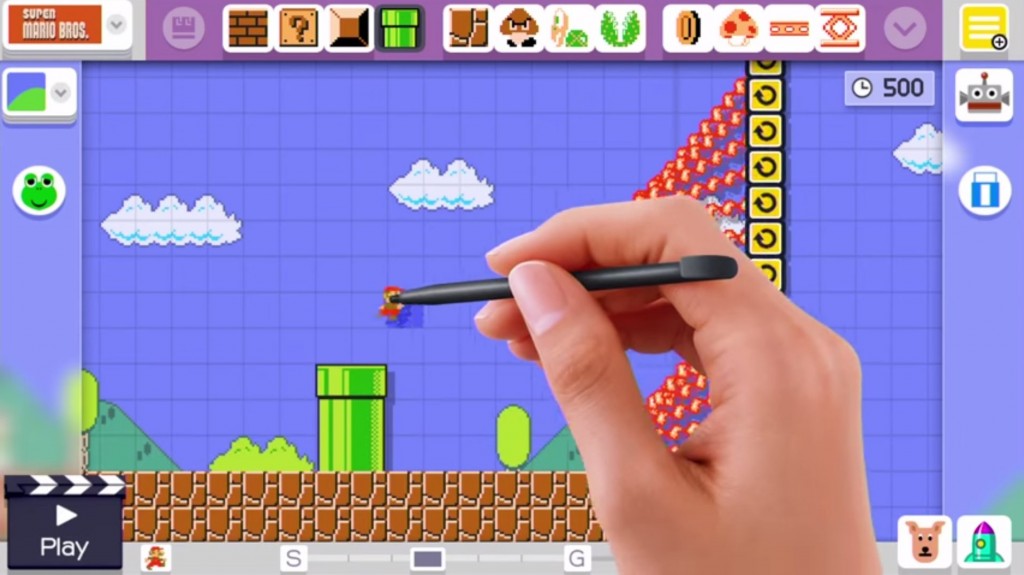 I doubt any little black girls who play this game are gonna give a shit. Why? Probably because they’ll be too busy enjoying another awesome Nintendo product. They don’t sit around and look for shit to be outraged over daily. I don’t know anyone who does, outside of professional activists, paid feminists, or their idiot mob of followers. I rarely get that worked up about things myself. 85% of my work here is just a reaction to this retarded outrage culture. OH NO HE SAID RETARDED! Fuck off, PC scum.

Maybe it’s just me? Were any of our readers of color (lol) offended by this white woman’s hand? I’m more interested in seeing the body it’s attached to, personally. Lemme know what you think. Peronally, i think they would have said it was sexist had it been a white man’s hand instead. They’re just looking for any old thing to raise hell about.

I’ve got lots cooking today. I’ll be doing a review of the PPV tonight over on the wrestling site. I’ll put a link up later explaining the downtime, and outlining the way I’m going to run the site in the future. More to come here on the flagship RalphRetort as well.

UPDATE: Oh, and it seems the guy was full of shit this entire time anyway. Never change, SJWs…