In case you missed it, Patreon got hacked last night. I have a dormant Patreon account that I never really tried to use, so I got an email about it around 12AM. Here’s a screenshot of that document: 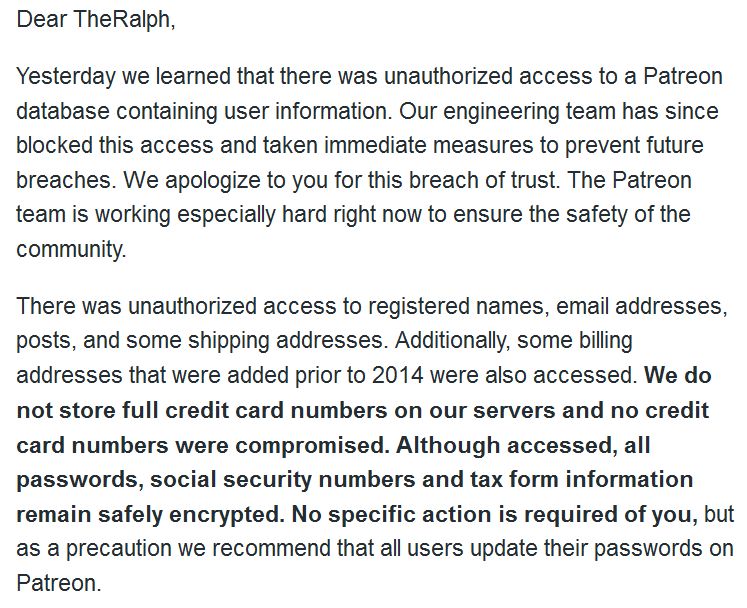 Needless to say, I’ve already updated my password. I actually updated the account as well, but I’ll talk about that here in a minute. As I’ve said before, I don’t have any problem with Patreon, so long as you’re a person who actually produces content. If you’re some scumbag like Blowey Zoe Quinn, or Deceitful Brianna Wu, then I have nothing good to say about your efforts there. You don’t do anything for the money. But, whatever. A fool and his cash will always be easily separated, as they say. You know what else they say? Blame it on GamerGate.

No, seriously. There’s already a report speculating that GamerGate was behind this hack. In reality, it appears to be the work of baphomet rejects and Keksec retards. I don’t keep up with those losers enough to tell you the difference, but needless to say, there’s a lot of overlap between the two. Who wrote this tripe, you ask? The New York Observer, which itself is a shell of its former self. Anyway, here’s what they wrote:

It appears that GamerGate hackers are behind the attack on crowdfunding site Patreon, as the Observer previously reported.

GamerGate has had a long-standing problem with the service.

A hacker going by the name of “Vince” posted multiple tweets claiming responsibility for the attack on Patreon. Those went up on or around September 28th, which corresponds to when Patreon’s blog post and email night said they were hit. Here’s a triumphant message noted loser Baph Vince posted: 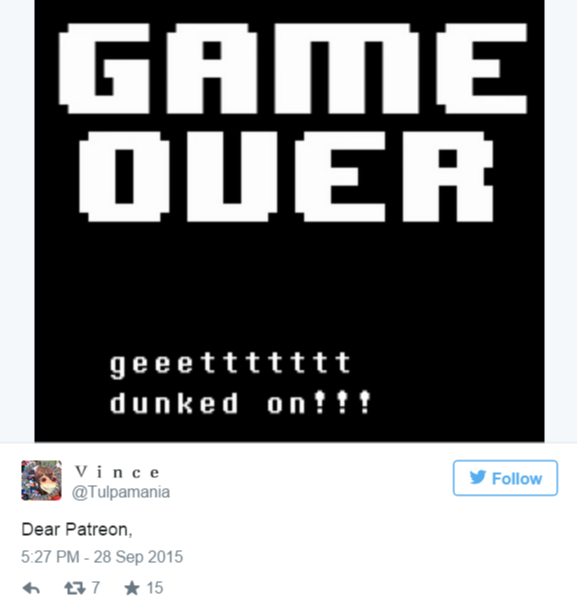 In January, a site called The Ralph Retort posted a story about how game maker and Giant Spacekat cofounder Brianna Wu tweeted that she worked with Patreon to prevent Fredrick Brennan, the proprietor of 8chan, from using the site to support his work any longer. 8chan has been a key gathering place for GamerGaters. It was briefly shut out of Google search, as the Observer previously reported. Mr. Brennan recently sold the site to the founder of 2chan.

There is no recent chatter about Patreon on GamerGate’s “almost official” Reddit page, nor on Voat.coor 8chan.

So, a well-known Internet criminal hacks Patreon, tags it GamerGate, and that’s enough to say we’re the ones behind it? Nevermind the fact that you could have done a short search here on my own site and figured out this clown is in no way related to our cause. I’ve been attacked by him and Keksec, and have been told they’re planning further operations against me and others (and that they were behind the attacks on me last weekend). Personally, I don’t give a shit, since I don’t scare very easily. But I do give a shit about the media being this fucking stupid. But, can you really call it stupidity, at this point? They know the story they want to tell about us, and looking too hard for the truth is not something that interest these ideologues. So, name them and shame them at every turn. That’s pretty much our only recourse. Speaking of that, here’s the author of that column. 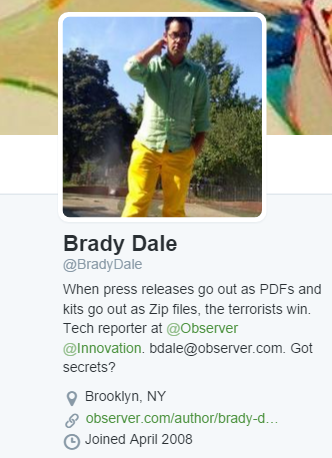 As for my Patreon account, which I mentioned earlier: it’s now active. If any of you would like to help me make enough money to make this sustainable for the long-haul, please feel free to donate. If you want to continue reading without doing so, that’s fine too. I imagine most of you will choose that latter, and that’s fine. It’s just time to see what kind of supplement I can get from the Patreon. They might kick me off anyway, let’s face it. But, I’m going to give it a shot. I’m not expecting Jim Sterling-type numbers, but any little bit helps. Either way, I’m thankful for you all, donations or not.