Well, that didn’t take long, did it? What am I talking about? Oh yea, maybe I should tell you what has me up in arms before I go off. If you can read the headline, which I assume you can, you already know. But let’s repeat it anyway, because that’s just how it’s done, OK? Today on CNN, noted dumbass Ashleigh Banfield proved why she got that title in the first place. During a discussion on the Charleston massacre, she said the killings were “Mortal Kombat murders.” I have no idea what she means by that, to be honest with you. I guess it was just a chance for her to throw the name of a well-known video game franchise in with the horrific killings carried out by Dylann Roof. The media will never stop this contemptible and demonstrably false line of attack, will they?

Here’s the segment, in case you want to get pissed off even more (TotalBiscuit also weighed in):

"Mortal Kombat murders" CNN are there any dead bodies you wont "sex up" for ratings? Just curious. – http://t.co/UXvpNf9uXh

No, there isn’t anything they won’t try to take advantage of for ratings, TB. They’ve become a running joke even among the degenerate media they’re a part of. It seems like their big strategy to improve their lot among the news networks is to be as cringe-worthy as possible. Look no further than Don Lemon’s antics from the other day for proof of this: 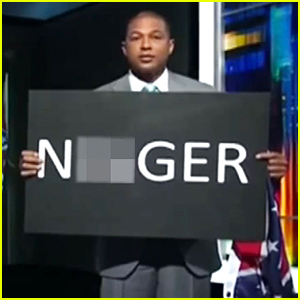 I know this guy is an even bigger clown than Banfield, but that’s the point. Their whole fucking operation is staffed by clowns now. They have no credibility left. I remember when CNN actually had some sort of prestige. That’s all long dead now. Throwing gamers into the Charleston mix is just another example of their long decline. Expect things to get even worse before they get better…if they ever do.