Blizzard Gets Rid of Overwatch Animation Because of ONE SJW Complaint

So, I was trawling around the web earlier today, as I am wont to do, when I saw something hilarious. Blizzard has removed an animation from Overwatch because one person, yes ONE, complained about it on their forum. 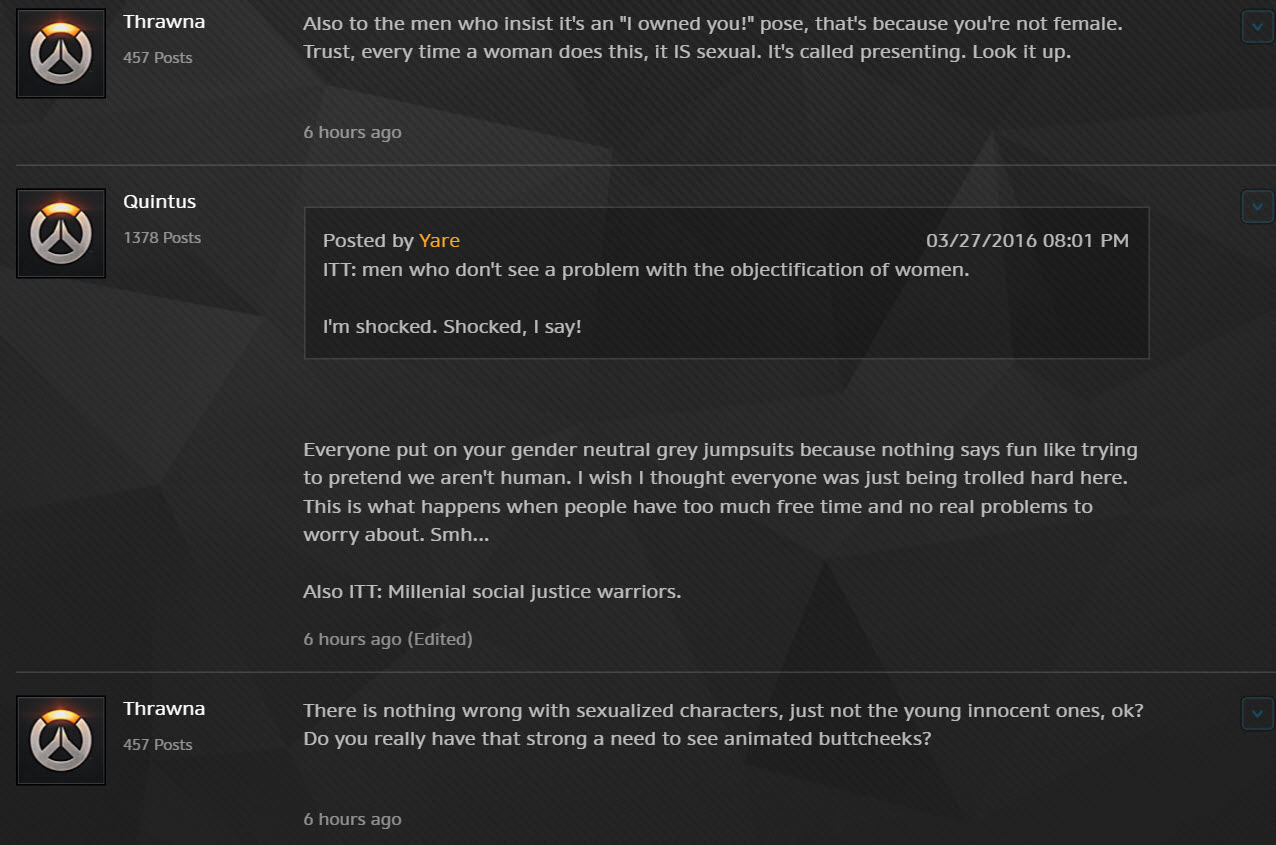 This would be just another mad ranting, except as I mentioned in the opening, Blizzard actually responded to it…and promised to get rid of the animation!

This Tracer pose is getting removed from Overwatch because someone wrote a long diatribe about how it offends them. pic.twitter.com/3pXgyNu05T

This is what it’s come to, ladies and gentlemen. An innocuous pose is now a transgression that must immediately be remedied. Shame on Blizzard for even dignifying this with a response, much less actually jettisoning the animation. If people are offended by something as innocuous as this, perhaps they shouldn’t be playing video games at all? Hell, maybe they shouldn’t leave their room and deign to interact with the rest of normal society.