I kinda hesitated to write this story up, since so many people tell me we should ignore nutters like Brianna Wu. You know that goes against everything I’ve always preached. Still, I was actually considering it tonight. The reason I changed my mind is because everyone on Twitter has been talking about it all night anyway. So why shouldn’t I get to have any fun? In case you’re unfamiliar with “PieGate,” let me fill you in.

Here’s the original (and since deleted) tweet that started it all: 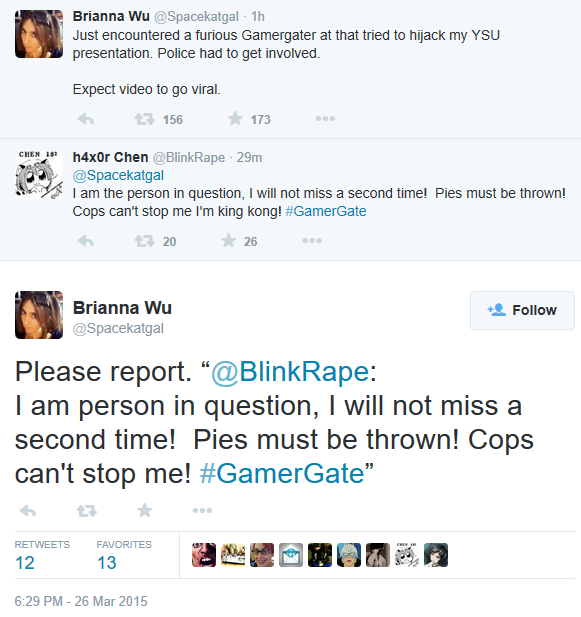 As you can see, the guy was just trying to poke fun it Wu. It was clearly satire. He’s a scumbag from baph, don’t get me wrong. There aren’t any redeeming qualities there. But credit where credit is due: this was pretty fucking funny. Trying to report someone over that tweet is borderline retarded. Good thing for Brianna most of GamerGate ignored this manic slip-up. 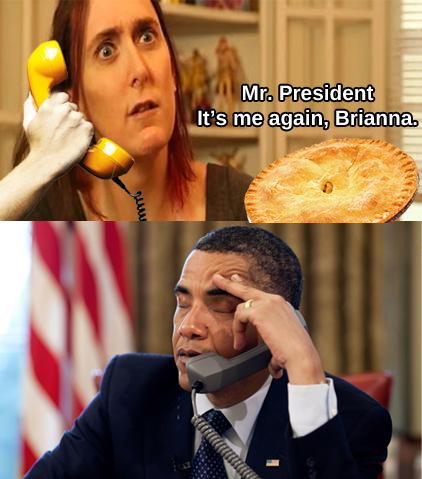 An exclusive photo of the assailant, and the pie in question. #PieGate pic.twitter.com/6UwtXCC0qq

I think you get the idea. This all started off when Wu said a GamerGate member had hijacked her talk. She was being overly dramatic, as usual. It looks like the guy got pissed when she didn’t and his question, then he stormed out. But listen to what Brianna says next:

I was worried it was an IED, since people threaten to blow me up a lot, so police removed that too.

Yes, an IED was totally likely, Brianna. This is why it’s hard to replace your insanity. I can’t think of anyone else who would have even thought of that, much less put it out there for their thousands of Twitter followers. I know you’re working a con to get more publicity but this shit was just totally bonkers. I don’t even know what else I can say about it. I guess the IED thing is just furthering their bullshit “terrorist” claims. More nonsense from anti-GamerGate…who would have thought?