Brianna Wu Spergs Out About Ted 2, Says You Can’t Support Trans And See It

Before I go get something to eat and come back and relax for the evening, there was one more news item I wanted to touch on, and it deals with our old psycho buddy Brianna Wu. As you know, I’ve come face-to-face with this psycho and lived to tell the tale. But I can tell you from experience, the crazy bitch is certainly unhinged. Today, she’s worked herself into a lather over Ted 2 and some jokes in it that were apparently about trans people. I have no idea, since I haven’t seen the film. Now I am certain to see it. If Brianna Wu says it’s bad, it must be great.

Here’s her rant, which is laughable. I’ll tell you why after: 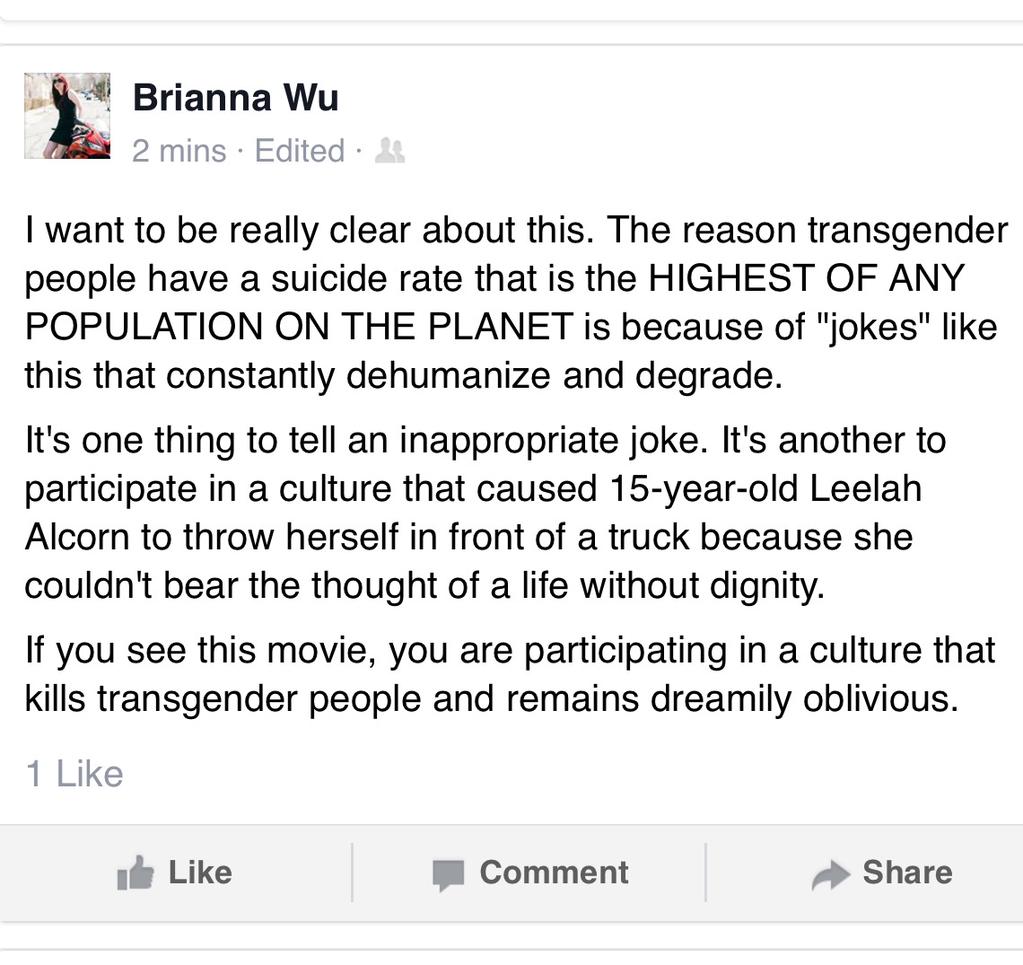 Now as many of you know, I’ve struggled with my weight pretty much my whole life. While I’ve lost 50 pounds recently, I still have about another 50 to drop before I would be in good shape. I can’t think of any group that gets made fun of more than fat people. I certainly don’t mind it, but it is what it is. Everyone gets made fun of, though, that’s the whole fucking point. Some people get made fun of more than others because the jokes are easier. It’s not some big conspiracy. Wu would have you believe that it’s about about trans hate, when it isn’t.

Anyway, sound off on this nut. I just wanted to put this up now in case I didn’t have time later. Also, it’s been awhile since we talked about Wacky Wu, so I figured we might as well. You can fill me in on any open topics or other Wu insanity if you would like. I’ll be back overnight.