I figured I’d do a short hit here on my phone before I had my slumber. If you’ve been reading for the past week, then you know that Randi Harper and Leigh Alexander have bitten off more than they can chew by attacking Anne Rice. We talked about Leigh laughably tweeting about having more Twitter followers than Rice, while neglecting to mention half of hers are fake. She also left out the part about Anne’s $50 million. It’s just like an SJW to only tell half the story. Or maybe she was wasted. That’s probably it.

Regardless, today she’s been officially declared a bully of young and aspiring writers by the Stop the Goodreads Bullies (STGRB) site. It’s not like we haven’t known this since the beginning of GamerGate, but it’s always nice to see others recognize it as well: 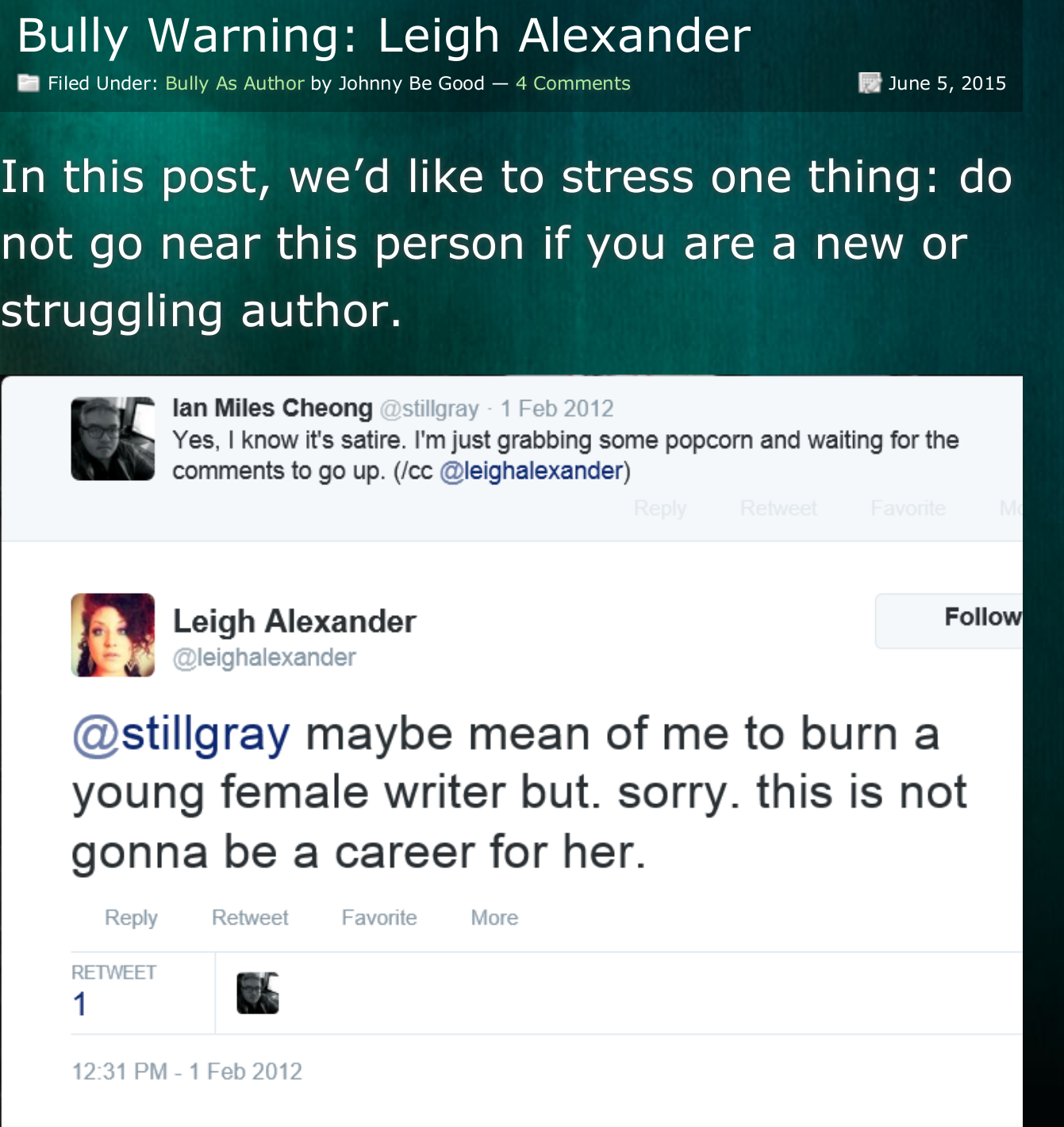 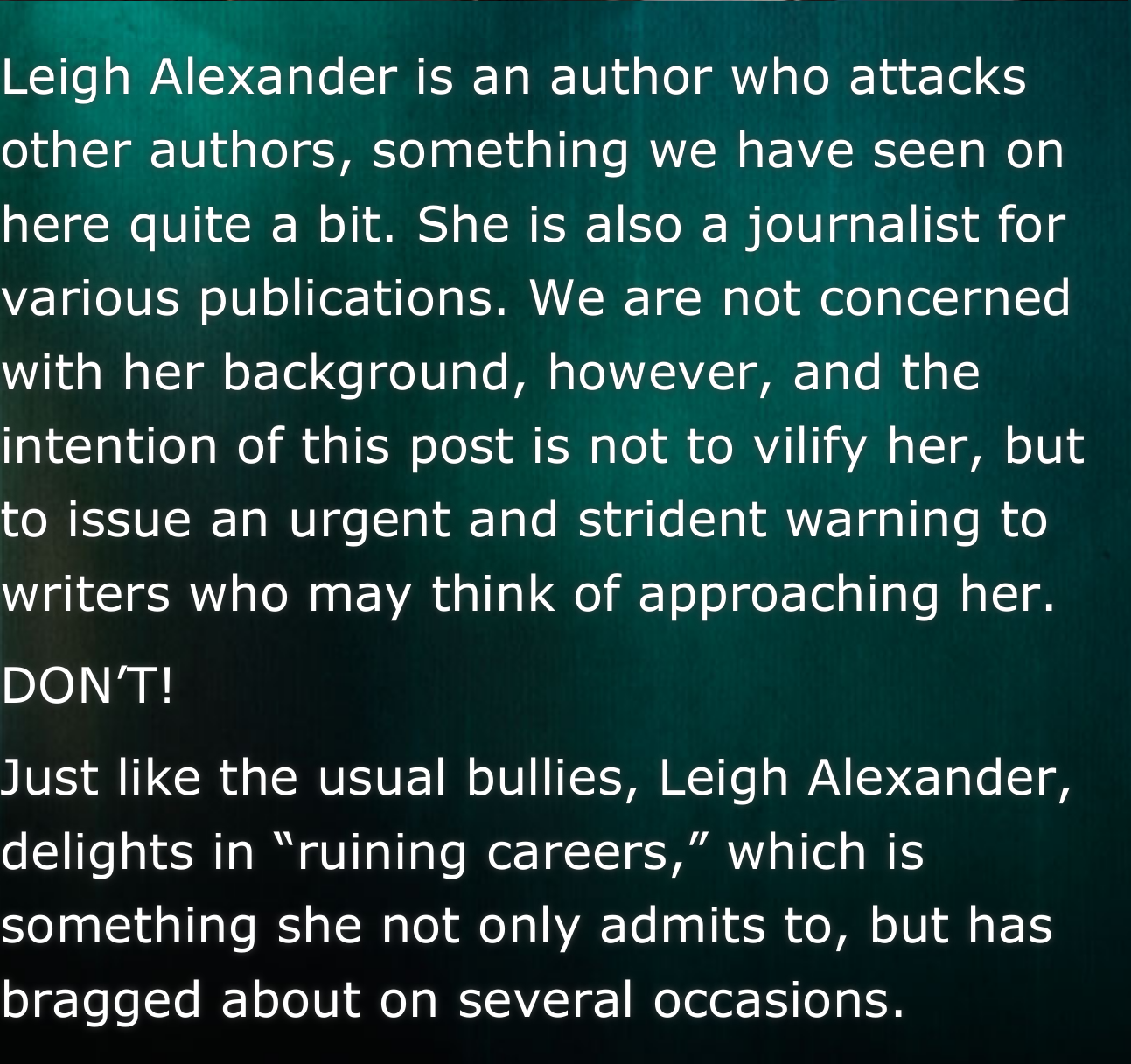 I don’t think I could have said it any better myself. Although maybe I did, back in September. I should go and re-read those classics. I know one person who read them, and that’s whoever wrote the STGRB article. They took a few screens without linking to my site, but did cite more mainstream ones. Yes, I’m gonna be that guy who says that’s weak as fuck, cause it is. But regardless, nothing will spoil my mood on this one. Seeing Leigh get named and shamed is very satisfying. What a way to wrap up the week.

I’ll hopefully be back with another short item before I pass out. If not, you know where to find me later this afternoon.