I’ve been taking it easy this week, but I wanted to get a short post out this morning. Thank you all for the response to my “Hardest Lesson” column the other day. It was really amazing, and it’s something I will never forget. But, shit keeps happening no matter what the fuck is going on with me. Good shit, too.

The people that Zoe Quinn tried to blackball out of the industry have been greenlit on Steam. The virtuous mission called GamerGate chalks up yet another victory.In case you’re not familiar with this story, and The Fine Young Capitalists, here’s a good primer (by the way, Vivian James was created out of this effort):

Zoe Quinn isn’t a new face to disgruntled gamers. She’d been in a dust-up with Wizardchan already, a forum for male virgins, who she claimed in 2013 harassed her over her game Depression Quest.

Then, in February of 2014 Quinn and PR rep Maya Kramer spoke out publicly on Twitter against a new game jam/charity known as The Fine Young Capitalists, or TFYC for short.

TFYC is a charity competition designed to get women with no experience in the industry involved in making a video game, with proceeds of the money raised going to the contest, the contestants, and a charity.

Disagreements over the nature of the project led Quinn and Kramer to lash out at TFYC on Twitter, ultimately leading to TFYC’s website crashing in what was, essentially, an accidental DDOS attack, something Quinn joked about on Twitter at the time.

Also, a planned Kotaku article was allegedly cancelled because of Zoe Quinn’s malicious lies…and there’s this: 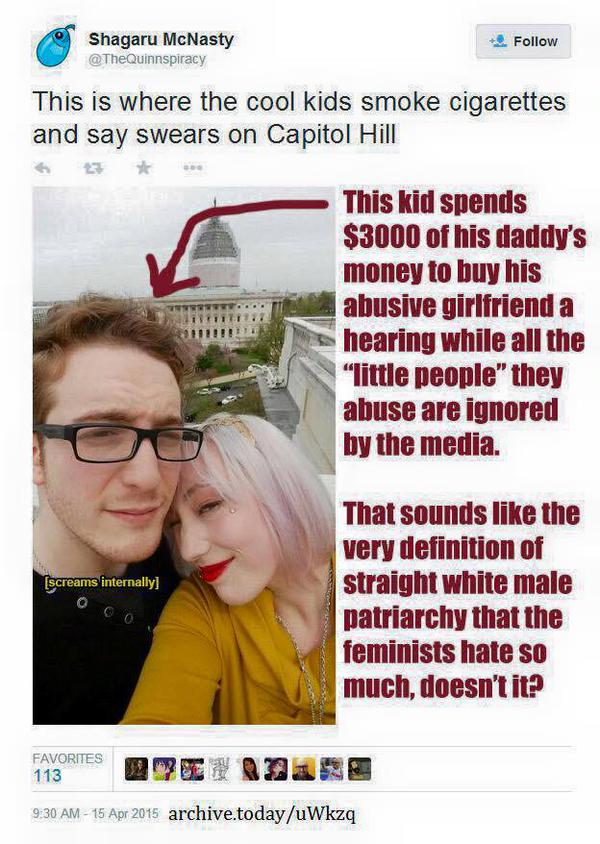 I’m sure you’re all just as saddened by Zoe’s latest loss as I am. Afterlife Empire was a game I was already going to purchase, so I’m glad to see it join the ranks of the other GamerGate success stories. The SJWs talk shit, we do shit. They’ll never be more than a few hipsters from coastal U.S. cities, while we literally span the globe with a dedicated army of warriors. They are the runt to our grand champion.

Laughing in their lame ass faces never gets old, does it?