I read a story a short while ago about Acting Attorney General Sally Yates defying President Trump and refusing to defend his recently signed executive order. I read it on famous fake news outlet CNN, actually. Apparently, they were the first to report it. Although, this is CNN we’re talking about, so they’re probably full of shit.

The move sets up a dramatic clash between the White House and Yates, who was appointed by President Barack Obama and is set to serve until Sen. Jeff Sessions, Trump’s nominee for attorney general, is confirmed.

This led me to make a simple observation over on Twitter. This woman should be fired immediately for defying the president in such a way when she’s not even supposed to be in this position in the first place. It’s political grandstanding, plain and simple.

Well, guess what? President Trump agreed and he just fired her ass. I hope he did it in full Apprentice fashion, too. Please let that be the case.

.@POTUS has named Dana Boente, US Attorney for the Eastern District of VA as Acting Attorney General. Sally Yates has been relieved. 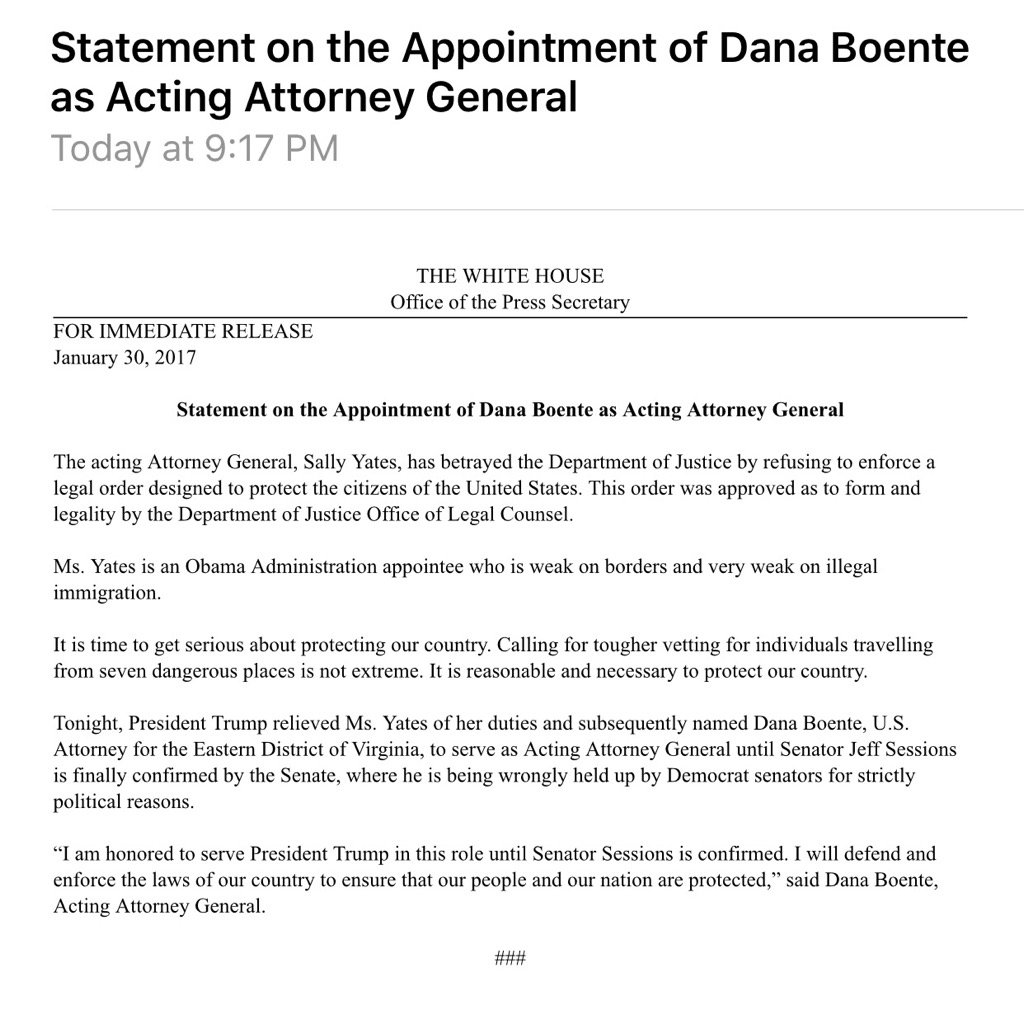 Jeff Sessions will be in there soon, so this isn’t a big deal at all. But the media will surely treat it like Nixon and the Saturday Night Massacre. That’s because they’re dishonest and sometimes outright fraudulent. 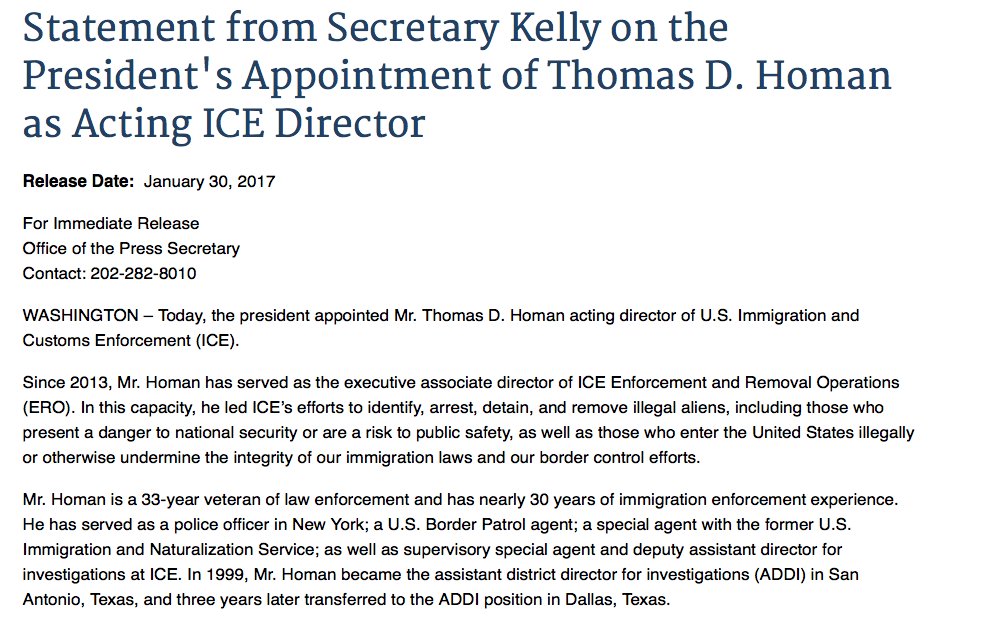