WildGoose from the Bill Waggoner Crew explained it to me pretty well once. Trolls could do almost anything they wanted, except openly post credit card information, bank account info, etc. That will get the attention of the authorities, guaranteed. Well, it seems like some idiots over at 8chan’s “baphomet” decided to ignore that sage advice. As a result, their board was allegedly gutted by Hotwheels (although there are some conflicting screens and rumors). That certainly stands to reason, although they have a backup board going now with some of the leftover rejects mulling about. It’s really pretty hilarious to see them in such a sad and pathetic state. They’re not scaring anyone like this lol. The fact is, they’re a cancer on 8chan. They should not only be gutted, but they should be deleted from the board altogether. Prominent GamerGate members have been tormented thanks to the baphomet board (if not the members themselves) time and time again (Liz, Remi, etc). Today they even started fucking with me, and I’ve been told to expect more attacks from those quarters. Instead of fear, I spent all day laughing at the bastards. One of the mods in particular actually tried to threaten your intrepid editor. It didn’t work, though, because baphomet is a paper tiger. They don’t scare me, and they shouldn’t scare anyone else. 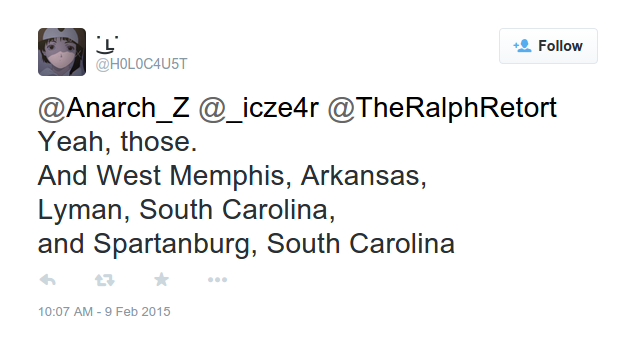 Yea, those are my parents. But who could be scared of an “elite hacker” who can’t even run proper virus scan techniques. Not a good look…

Vince is the edgelord who thinks using some variation of the Holocaust as your Twitter handle is somehow funny and/or clever. That’s what passes for wit among these troglodytes. And they didn’t know Hotwheels had (allegedly) dropped the hammer at first. He apparently didn’t even give them a courtesy warning. I guess you guys shouldn’t have posted those SSNs and credit card information, huh? In fact, I wouldn’t be surprised if some federal agents are looking into these things as well. Many of you do actually belong in prison, so I hope they’re successful. Although when you have to live life as a mod of this pathetic board, I would imagine that’s punishment enough. 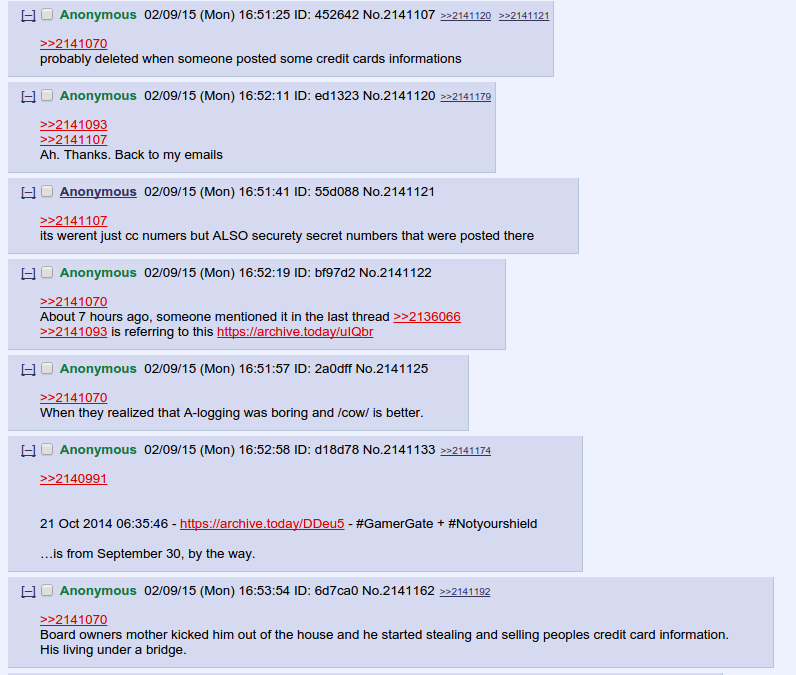 Ouch. I wonder how long we have to wait until ole Holocaust Vince is living under a bridge? Not too long, hopefully. These are of course rumors, so take them for what they’re worth. Also, here’s some additional screens from baphomet, explaining more about their current low (bottom of the barrel, really) standing:

As I said on Twitter today, baphomet is a cancer, and their members are scum. Anyone in their clown crew who has broken the law, needs to be put in fucking jail. There is no middle ground for me. They’ve tarnished GamerGate with their bullshit long enough. Let me say publicly that I denounce their group, their members, and any operation that comes from their disgusting little board. I would encourage anyone else with good sense to do the same, but you are of course free to make your own judgments on the matter.