OK, first off, let me give you a little background, for those that don’t know my story. I was born in Memphis, and raised across the bridge in West Memphis. Right around my 21st birthday, I moved to South Carolina. I absolutely hated the place for the most part. It’s a cultural backwater compared to Memphis, or Richmond, Virginia, where I live now. But I met a woman that I loved there (since ended, but these things happen), I earned my college degree there, and I spent 8 years of my life there. In short, I know a lil’ bit about South Carolina and the South. These SJWs and radical ideologues don’t. Any attempt by them to tie in some “white privilege” narrative with the Charleston shooting, or whatever other crazy shit is on their mind, is offensive and wrong.Take Brianna Wu, for instance. Look at the insanity coming out of her Twitter account today: 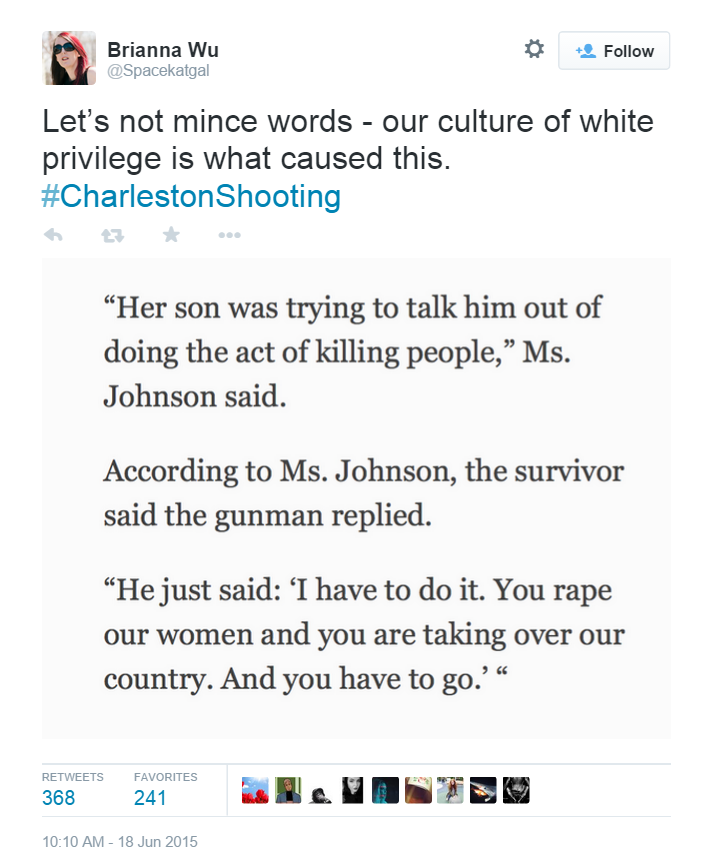 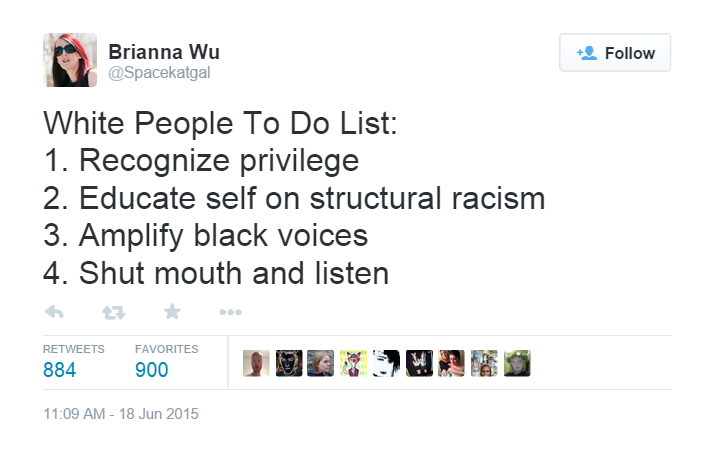 If you knew me personally, you would know I am about the most un-racist person you could ever meet. I don’t deny that there is racism in the South, though. I’ve witnessed it myself, and I still know plenty of racists. But to act like the entire region is racist is the height of ignorance. Wu is from Mississippi originally, so she should know better. Plenty of Southern whites have actually died to fight racism.

Also, the idea that white people cannot speak on racial issues is appalling. I can speak on anything I damn well please, and have always felt that way. Now, if someone is speaking ignorance, of course that should be ignored. But if you’re offering an opinion based in knowledge, facts, and reason, who is some idiot like Wu, or any of her compatriots, to tell you to shut-up? If anything, white people should speak out against racism, not be quiet. Who are hardened white supremacists more likely to listen to, black people, or fellow whites? Use your fucking brain.

It seems like a lot of SJWs are just using this to score points. Brianna was hardly the only one: 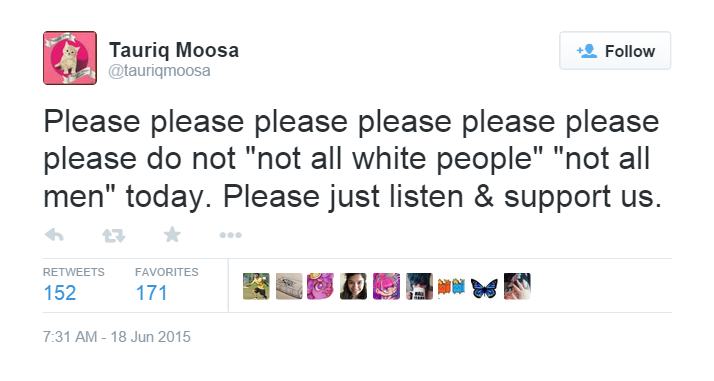 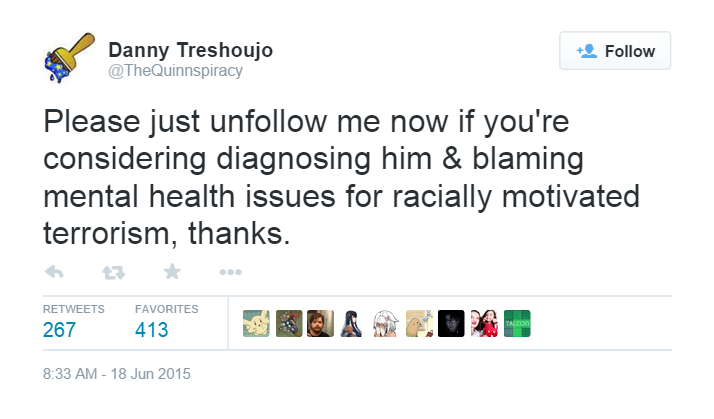 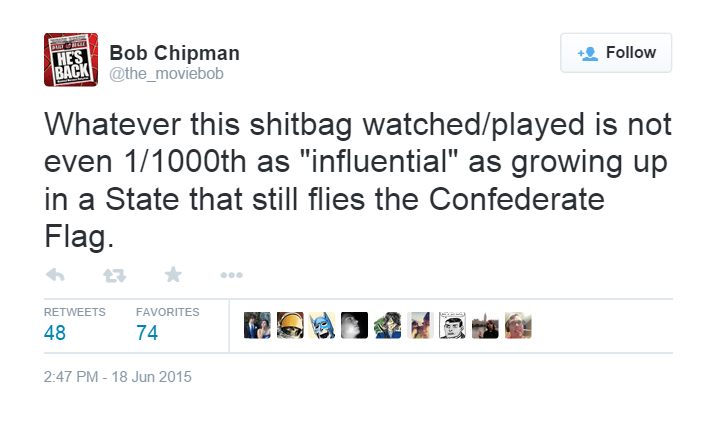 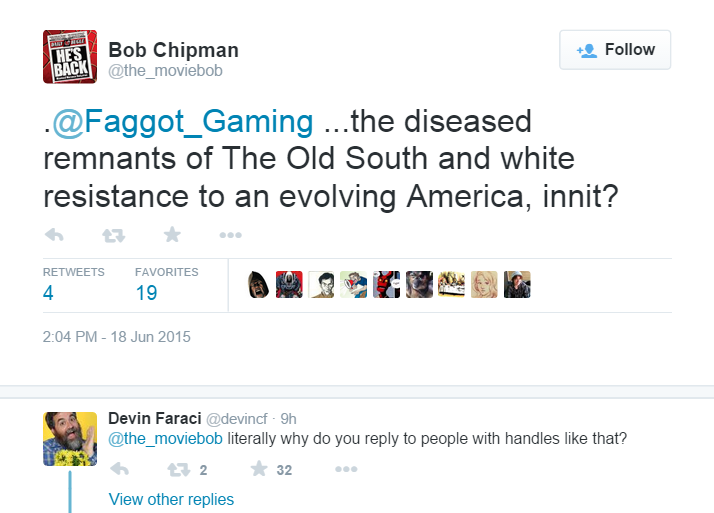 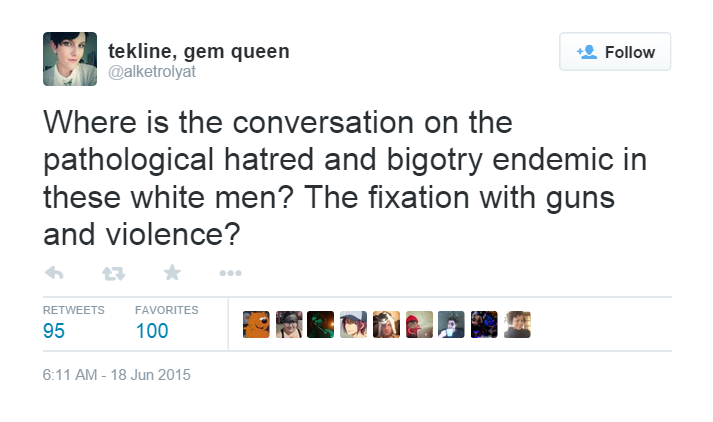 Par for the course that some are trying to stoke the fires of outrage over "mechanical apartheid" by tying it into the Charleston shooting.

Who would do that, Ian? Oh yea… 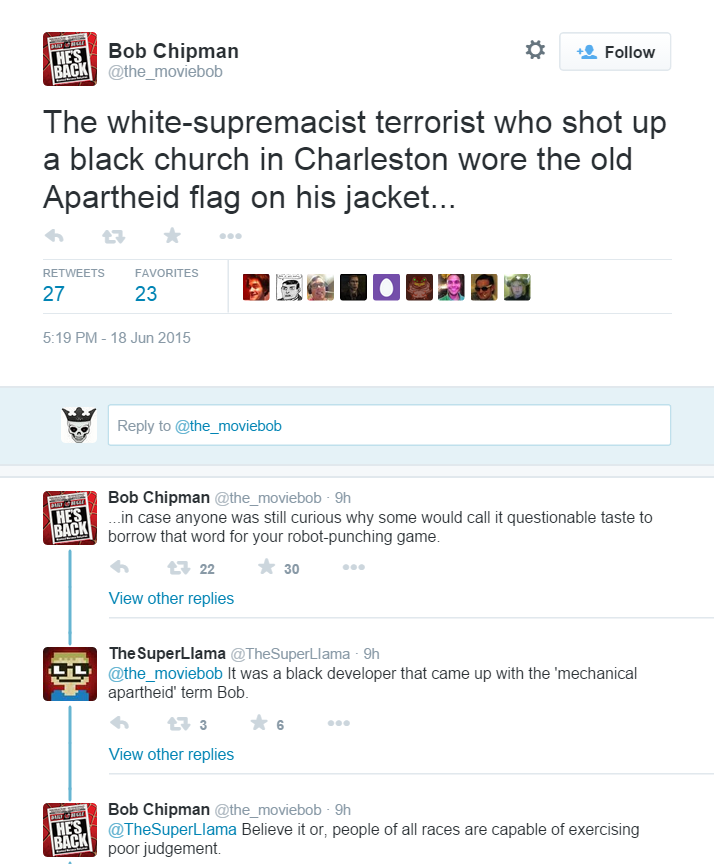 I could go on, but I think you get the point. Movie Bob in particular was very hard on the South, despite being from Boston, one of the most historically racist cities in the entire United States. Many Northerners get off on this sort of thing, while they go weeks at a time without even seeing more than 5 black people in a day. In the southern U.S., it’s not like that at all. Memphis is 62% black, for example. West Memphis is 55% black. Spartanburg, the place I lived in most down in South Carolina, is 47% black. In Boston (also home to Zoe Quinn, pictured above), the percentage of black people is 24%. It must be nice to be an expert on African Americans without ever having to see any!

Hey, @the_moviebob, maybe you should cleanup Boston before you trash the entire South? pic.twitter.com/5ByseA8YE2

Also, there’s nothing wrong with saying Dylann Roof was both a virulent racist, and mentally ill to the extreme. Not all racists are going to go shoot up a fucking church. Do not misunderstand me: I don’t excuse racism. But I also don’t go around saying all racists are potential mass murderers, and I certainly don’t go around sliming the entire South. That’s what you do if you’re an SJW elitist, though. What about the thousands of white (Southern) people who have reached out to help during this time? I guess that doesn’t count? It truly boggles my mind how these phonies can stand to put this shit out on social media.

One last thing before I go: these are all people involved with gaming to one degree or another. Why are they even going on about this? I realize you can talk about anything you want, and I often do myself. These people clearly want to be major league activists, though, and that’s the real angle they’re working. We’ve seen it time and time again, but it’s still worth pointing out. They see games as a stepping stone to something greater. Many of them are ashamed to be involved with vidya at all, and they’ve said so publicly. Well, I’m not ashamed. I’m also not ashamed of all white people over the cowardly act of some sick, sad, racist. Call out wrong where you see it, but don’t paint entire regions and races with one broad brush. If you do, you’re no better than the white supremacists you’re decrying in the first place.