In case you forgot, Zoe & Cuck Jr. bought themselves a congresswoman awhile back. It resulted in that hilarious “briefing” that I wrote about back in April. You know, the one they tried to pass off as a legit hearing:

When some pol speaks of a “briefing,” with many of the same trappings as a hearing, they are intentionally trying to fool you into thinking their endeavor is more important than it is. Well, I’m here to let you know that today’s “Zoe Goes to Washington” news is nothing more than an elaborate scam.

Well, maybe the money didn’t go to waste after all. Rep. Katherine Clark (D-MA) is now claiming a victory, and it’s being trumpeted by the usual anti-gamer suspects. But how big is this? Is it just another puffed-up claim from the idiots on the other side?

First off, keep in mind the company Rep. Clark keeps (note the cover photo as well):

Anyone who can sit next to these jokers and listen to them spew their bullshit with a straight face is not a person who can be trusted to reason correctly. She’s been trying to spread lies about GamerGate for months now. Take a look at these reports from the spring. She talks about bringing the FBI in to shutdown a fucking hashtag. She’s an imbecile. This is your tax dollars at work (for the US readers), keep in mind.

Also, notice how she tries to intertwine online harassment and GamerGate, even though every study done so far shows that to be a bullshit narrative. Even the WAM nutters couldn’t cook the books enough. 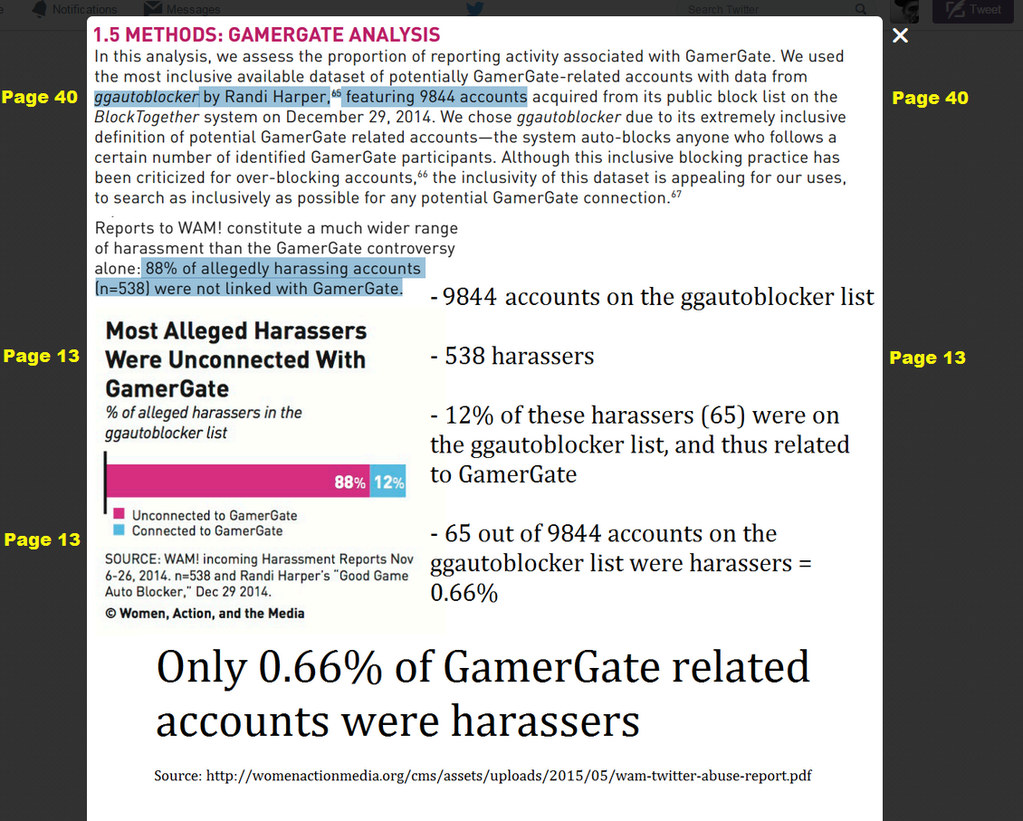 Now, here’s the “victory” she’s claiming on her official website:

At Clark’s urging, the appropriations report outlines concerns and expectations for the Department of Justice. The instructions read:

Enforcement of Federal cyber-stalking and threat crimes.—The Committee is aware of concerns regarding increased instances of severe harassment, stalking, and threats transmitted in interstate commerce in violation of Federal law. These targeted attacks against Internet users, particularly women, have resulted in the release of personal information, forced individuals to flee their homes, has had a chilling effect on free expression, and are limiting access to economic opportunity. The Committee strongly urges the Department to intensify its efforts to combat this destructive abuse and expects to see increased investigations and prosecutions of these crimes.

Well, that’s nothing, really. “Strongly urges?” Wow, what an amazing feat you accomplished by not passing an actual amendment or law. This is just a suggestion (albeit it one from Congress). But it doesn’t pass anything new, nor does it appropriate money for this effort. In short, it’s all talk. We’ve grown to be accustomed to this not only from politicians, but also from snake-in-the-grass SJWs. Rep. Clark just happens to be both. I guess that makes her the lowest of the low.