I was scrolling through Twitter a little while ago when I saw the funniest shit I’ve seen all month. Gawker Media’s Kotaku, which has been at the forefront of the war against gamers over the past year, put out a column full of pissing and moaning about their current status within the industry. Just what is that status, you ask? Well, it’s rock fucking bottom, now that you mention it. It’s so bad, that companies have actually taken to blacklisting them for their stunning lack of ethics.

Here’s some of the article, which was penned by the editor-in-chief of Kotaku, Stephen Totilo…

For the past two years, Kotaku has been blacklisted by Bethesda, the publisher of the Fallout and Elder Scrolls series. For the past year, we have also been, to a lesser degree, ostracized by Ubisoft, publisher of Assassin’s Creed, Far Cry and more.

In those periods of time, the PR and marketing wings of those two gaming giants have chosen to act as if Kotaku doesn’t exist. They’ve cut off our access to their games and creators, omitted us from their widespread mailings of early review copies and, most galling, ignored all of our requests for comment on any news stories…

(EDITOR’S NOTE: The gall! Imagine them not wanting to talk to illustrious members of the press like Stephen Totilo and bitchboy Nathan Grayson! Can you guys believe that?)

I’ve held my tongue in talking about Bethesda and Ubisoft publicly for a long time. I did so, initially, while trying to achieve mutual understanding with both companies behind the scenes. That failed.

I can see why it failed. You employ unethical pieces of shit like Patricia Hernandez and Nathan Grayson. There’s another reason Bethesda and Ubisoft have washed their hands of you clowns, though. The thing is, you’re no longer really relevant. Places like YouTube and Twitch have taken over the marketplace. New outlets like Breitbart Tech are picking up the rest of the slack. Shockingly enough, gamers don’t want to be told they’re terrorists and troglodytes because they refuse to support scumbags like Zoe Quinn and Brianna Wu.

So, sit back and enjoy the rapid decline of anti-gamer hubs like Kotaku. They aren’t the only ones, either. Take a look at Polygon, as they seem to be in the same boat: 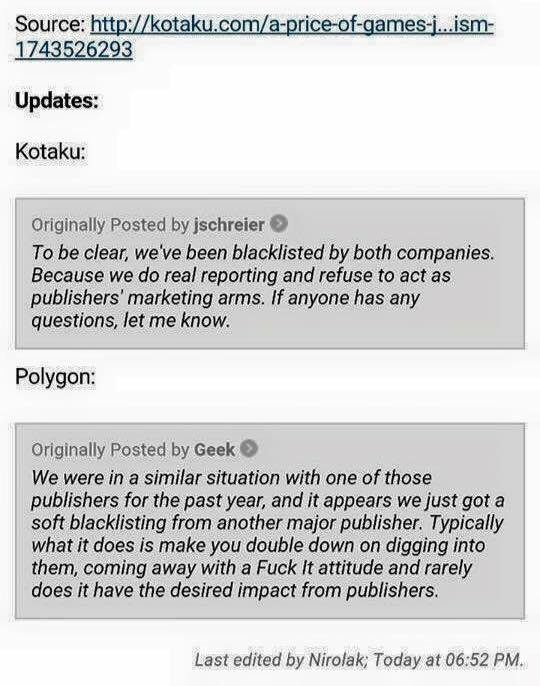 It’s really fucking beatiful, isn’t it? Burn, baby, burn. The sooner these scandalous outlets sink to the bottom of the sea, the better. By the looks of things, it won’t be long.

UPDATE: Even NeoGAF commenters are blowing losers like Kotaku’s Jason Schreier out of the water… 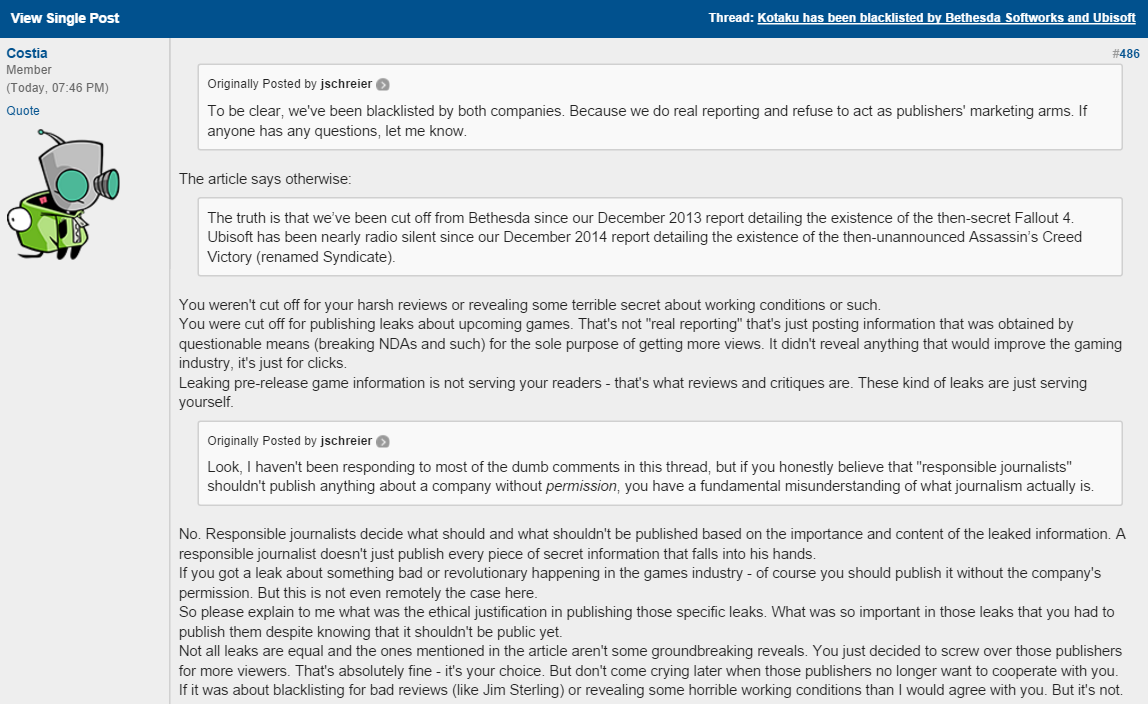