The Verge lies about us all the time. Hell, as I always cite, one of their former workers actually threatened to go GamerGate hunting at Comic Con. Unsurprisingly, he never caught any flack. Anti-GamerGate has gotten away with everything short of the high crimes like murder and rape, but I’m pretty sure the media would turn a blind eye towards that as well. Because after I just saw Intel co-sign Anita Sarkeesian and IGDA, I’m certain that I’m living on a different planet than these people.

As someone just told me, “How much money does Anita make Intel?” I said none, because I don’t think she actually does. In fact there’s a good chance she’s going to end up costing them money in the long run. I know I’m about 1000% less likely to buy Intel products in the future.  Jesse Jackson may approve of Intel backing charlatans like Anita Sarkeesian, but I have a hard time believing their consumer base will.

The stated goal of the initiative is also something that I have no problem with. Spending money to make your workforce more diverse is not a goal GamerGate has ever come out against. I’m not anti-diversity. I don’t know that this is going to be some great program for Intel, though. It sounds like a huge waste, especially with hucksters like IGDA, Anita, & Jesse involved. But it has nothing to do with us. So why are publications like The Verge saying it does? I know that Intel put out the word to journos, but twisting what GamerGate stands for because some Intel press flack told you to is unacceptable. I’m just stating the obvious at this point, as we’ve seen this same song and dance so many times now.

Here a few other publications and their take, starting with The Oregonian: 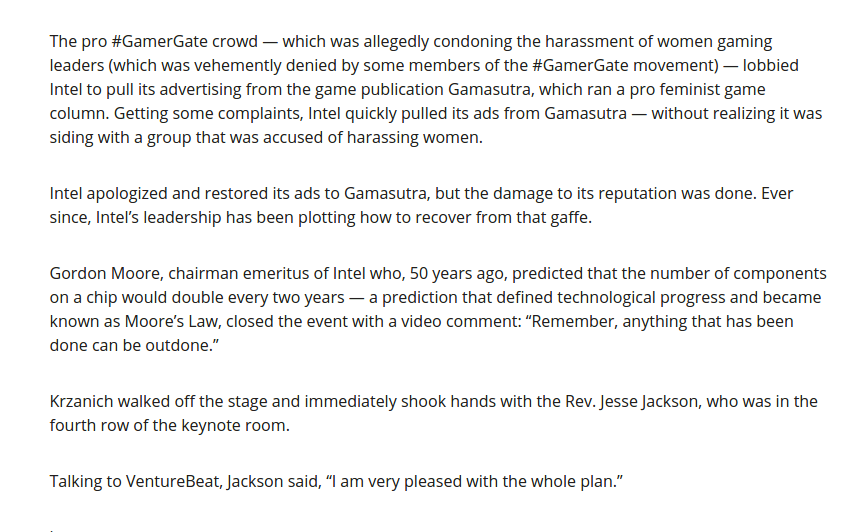 And finally, our old friends at The Verge: 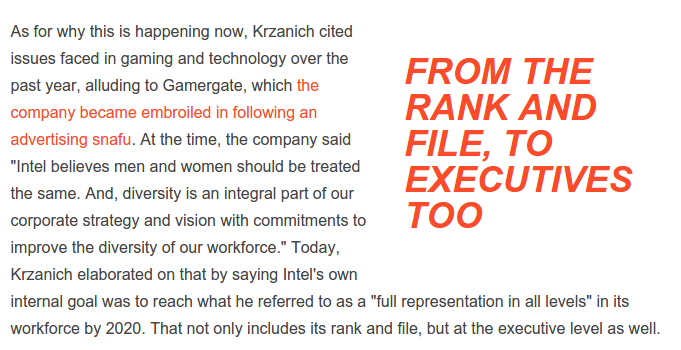 Along with a shot of the actual Intel presentation at CES 2015: 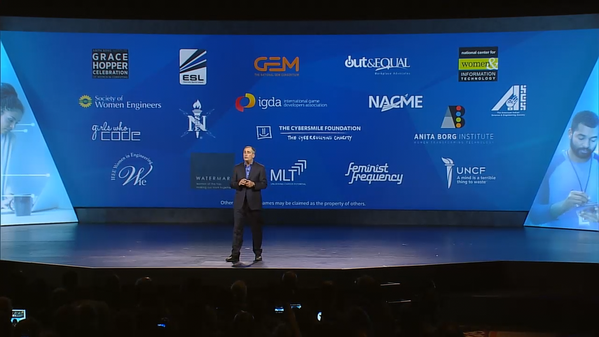 The reason i show you all this, is to make it clear that this was a calculated media rollout. You don’t get 100+ articles on Google News for something like this any other way. They wanted this story to be fucking ubiquitous tonight and tomorrow. Everyone is supposed to see Anita Sarkeesian’s cashout. Well, mission accomplished, Intel. I’ve heard you loud and clear. I understand that you’re just throwing $300 million at these frauds and hoping they’ll go away, but you just sold out your hardcore base. Time is going to show you what a mistake that was.