Brianna Wu has been making headlines of late for all the wrong reasons. I haven’t commented on them here, but a screenshot might bring you up speed if you are unaware… 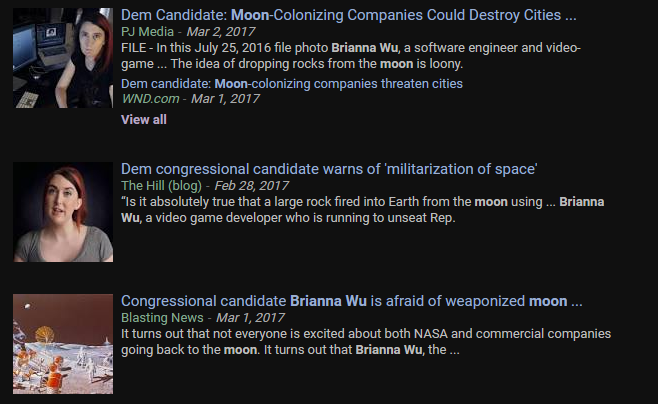 Yes, rocks dropped from the moon are apparently a threat to wipeout civilization.

Brianna Wu, feminist and Democratic congressional candidate, has some serious concerns about people traveling to the moon. In particular that the military will use the moon as a way to drop rocks on the Earth, thus exploding like 100s of nuclear bombs.

Fresh off this lunacy, Brianna has decided to top it. Earlier today, Wu said that their Twitter account was hacked by…wait for it…Russia. Because of course Russia would really be interested in hacking an irrelevant nutter (and future failed congressional candidate) like Brianna Wu. It makes all the sense in the world! 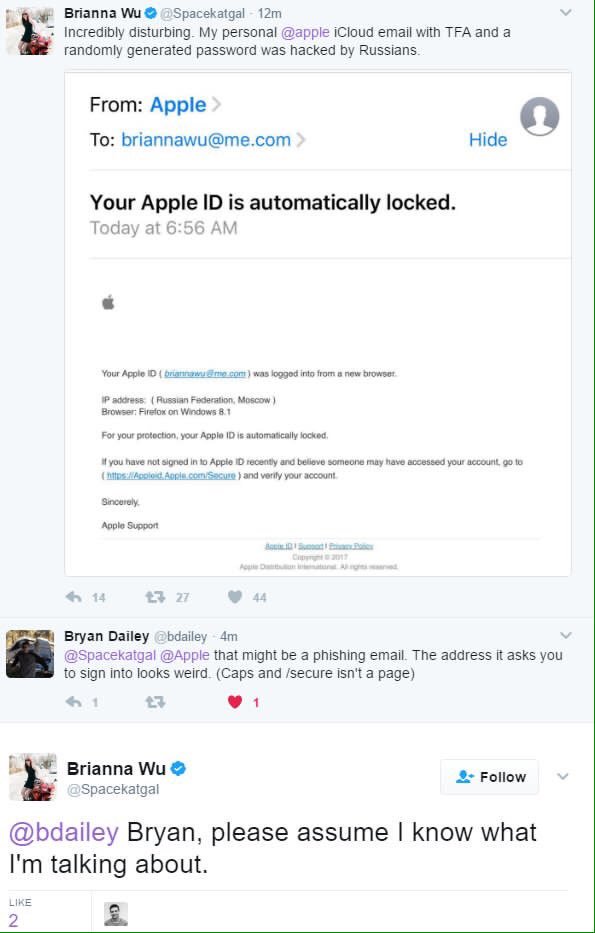 Yes, Bryan. How dare you question Brianna Wu’s obviously insane rantings! What, do you hate “women,” or something? 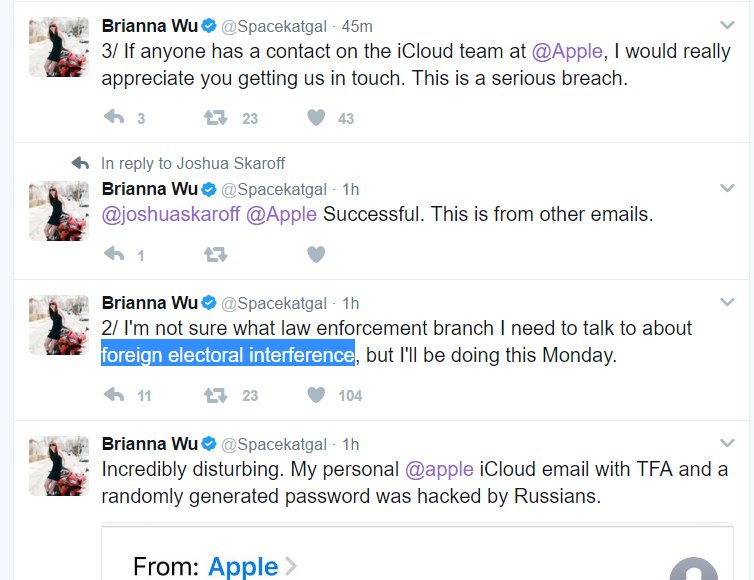 Apple will get right on this, I’m sure. Oh, wait. “Security people” had some advice for Wacky Wu…

Security people are asking me to delete the thread. I'll have more to report on this as soon as I talk to LE in Monday.

I’m sure those details will be forthcoming. It’s not like Wu has deleted hundreds of crazy tweets in the past and then acted like they never happened. TRR shall wait with baited breath for more on this stunning example of foreign electoral interference.