I seriously have at least three stories lined up for the next two hours, lest you think I’ve been playing on Twitter all day. OK, I have been playing on Twitter all day, but at least I got some research and news-gathering done as well. This story is actually the most fresh of the bunch, because it just crossed my feed and it struck me as so pathetic that I felt like I needed to get it up as quickly as possible. Plus, I didn’t want Breitbart to beat me to the punch. We’ll see if I end up winning that race.

I was out of town and across the pond for most of the last two weeks, so I didn’t see many of the Milo Yiannopoulos campus escapades live, but I did keep up-to-date somewhat. Jack Outis covered the craziness at DePaul University with a timely column a couple days after I left town. Basically, anti-speech thugs were allowed to interrupt and pretty much shutdown Milo’s event while security guards (who had been paid by the organizers of the event) sat around and did nothing.

You would think that university administrators would be embarrassed over their failure to protect the free and open exchange of ideas. Well, if you had any faith in these types of people, you would think that. Since I know most of you are like me and have zero confidence in these leeches, you had to expect an cowardly apology was coming down the pike. At least it was long and whiny, though. I have to at least give President Dennis H. Holtschneider a little bit of credit. 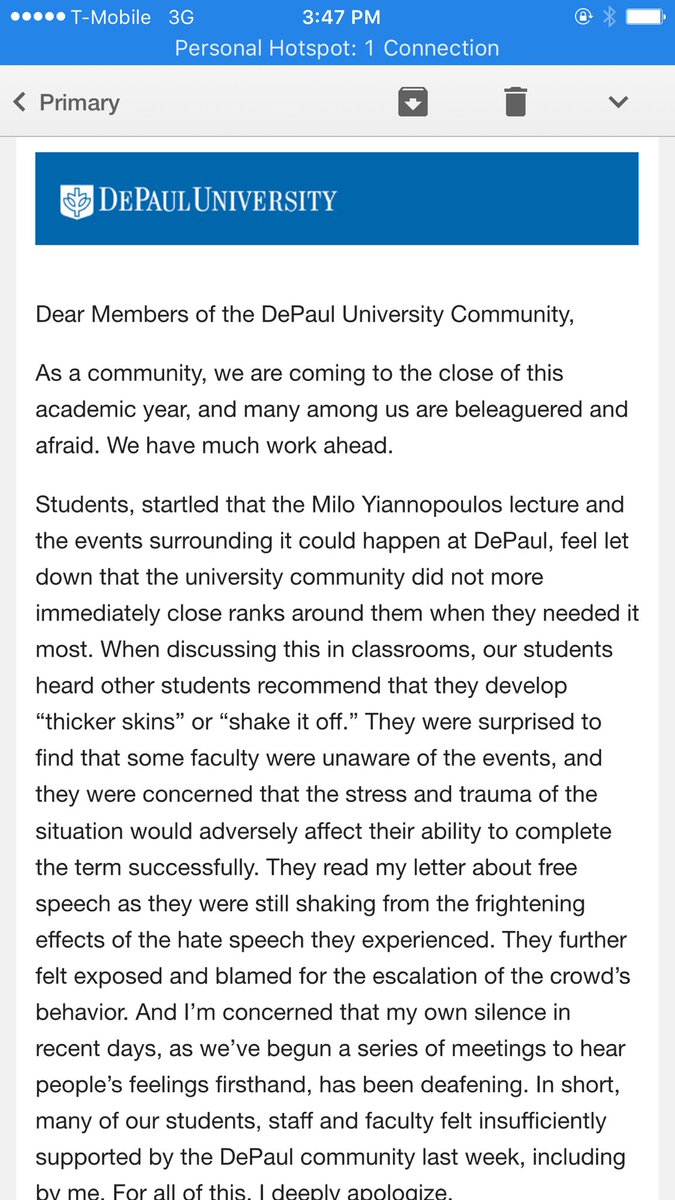 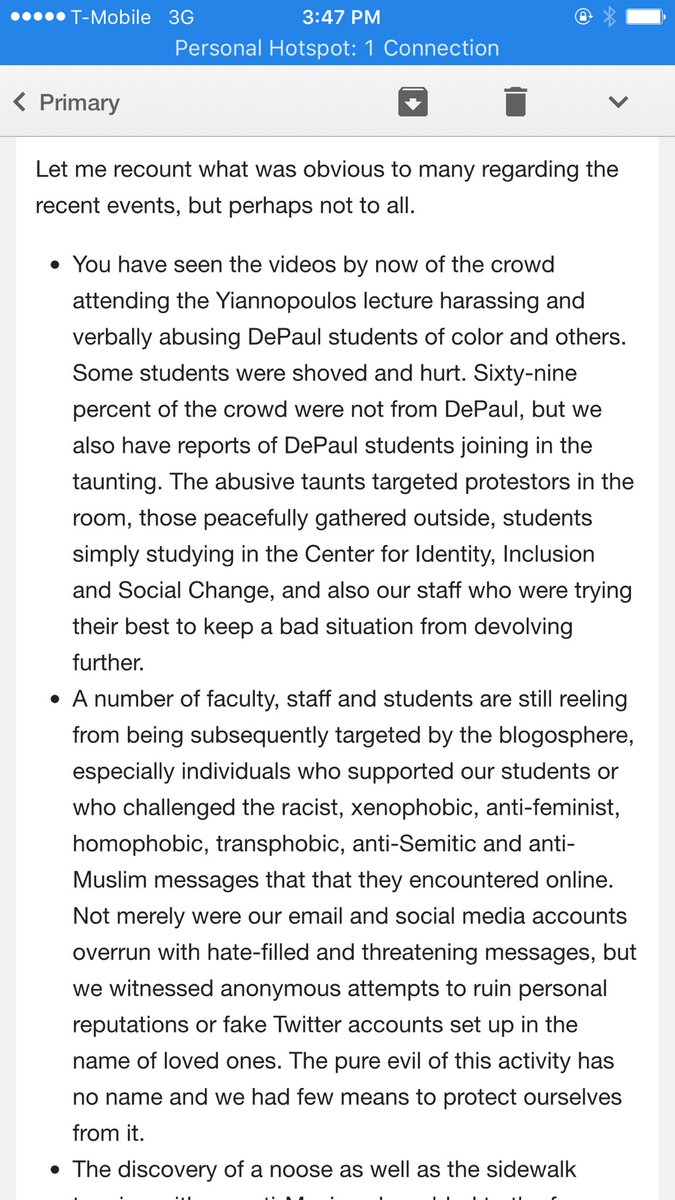 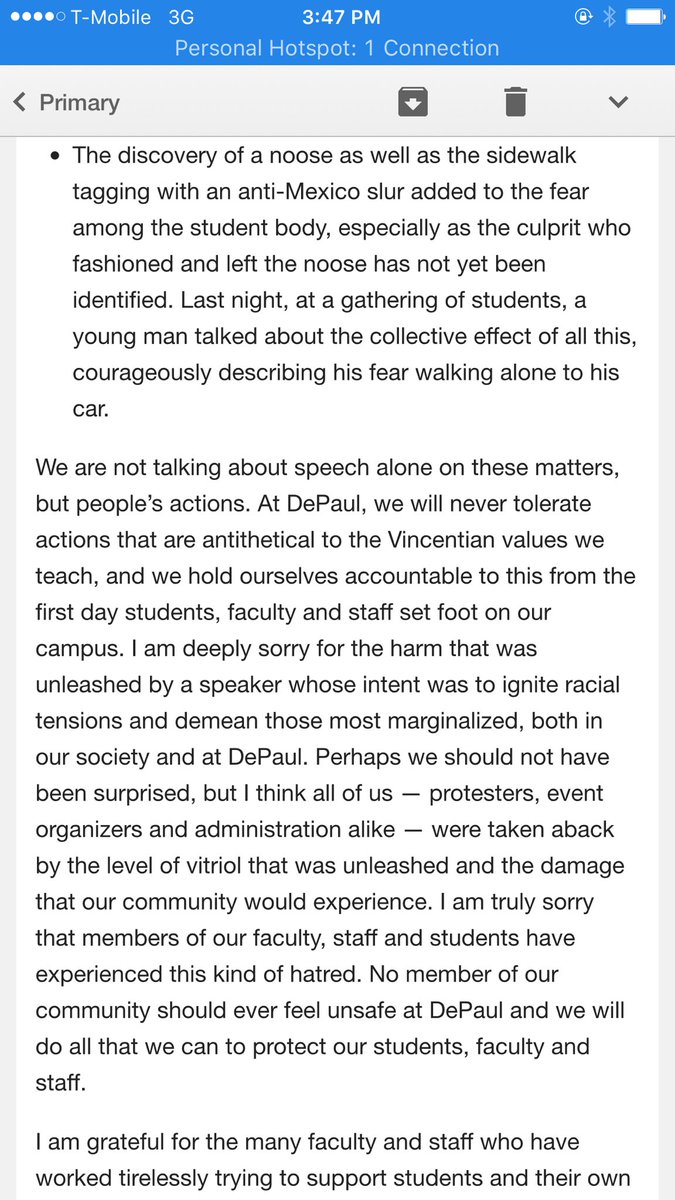 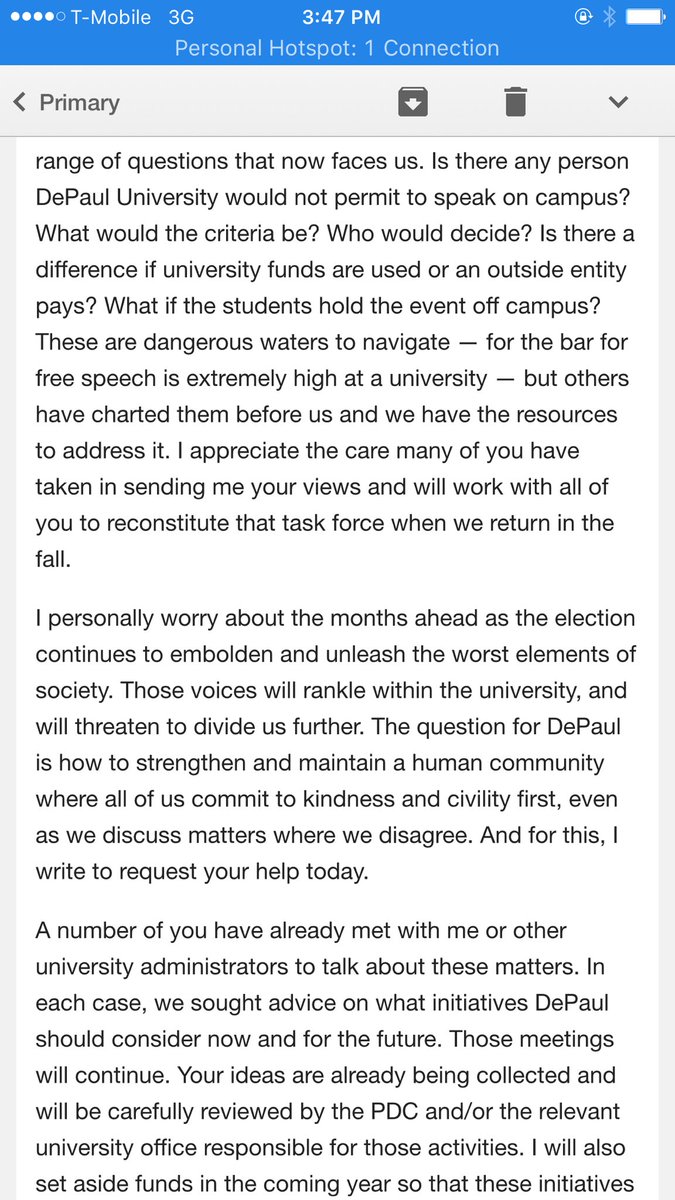 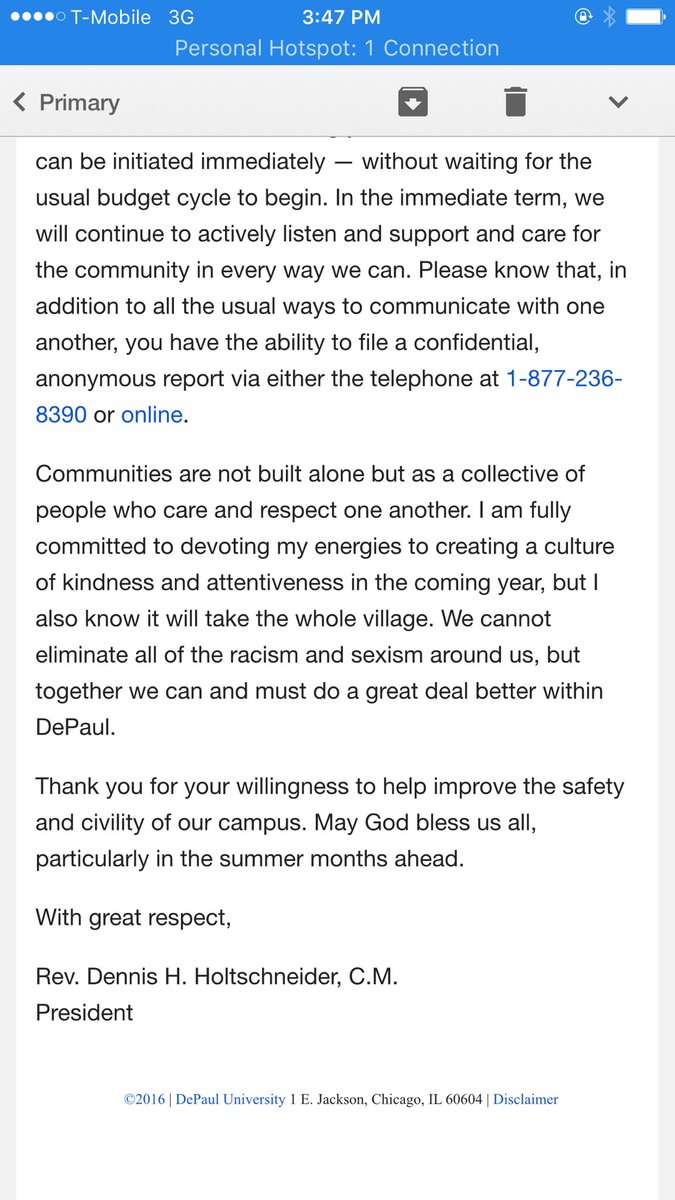 Damn, sounds like a lot of pussies go to DePaul University. Just one more reason to avoid that institution like the plague.