Deranged Wikipedian Tries to Tie GamerGate in With Charleston Shooter

I’m about to go hit up this 24-hour Mexican joint that I love, but before I do, I figured it was time to do a column. I slacked off last night and fell asleep early. While I was in slumber, I missed some truly deranged behavior from the anti-gamer crowd. Now, they’re trying to tie us in with the Charleston shooter by any means possible. This is the very definition of unethical and deranged behavior. If someone tried to compare me to this bastard to my face, there would likely be a serious problem, let’s just put it that way. They have no basis for any of this, but that’s never stopped them before, now has it?

Keep in mind, this is one of the nutty Wikipedia assholes who tried to say he was gonna quit the site after his butt-buddy editors got severely punished. He didn’t quit. So not only is he a dirty bastard for his quote tonight, he’s also a liar according to his user page on Wikipedia: 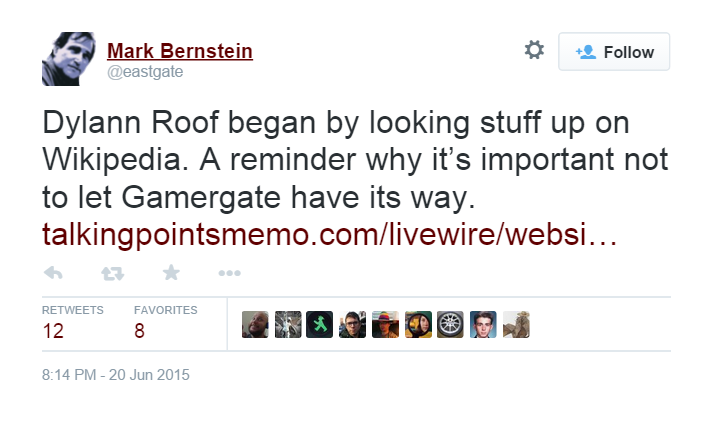 That’s just an unbelievably scummy thing to do. This guy has been watching too much SVU, obviously. There has been zero violence tied to GamerGate in any way, and in fact, we faced a bomb threat ourselves in the nation’s capital (‘Murica). The distortion levels are off the charts here.

By the way, take a look at this next screen if you want some laughs. He describes a dream with Zoe Quinn, and that’s not even close to the most demented part! He again tries to tie us in with violence, arguing that  Wikipedia should consider how they will look after a female dev has been raped or murdered as a result of GamerGate:

I’m sorry, but this guy is one of the worst people I’ve ever chronicled here. He’s seems to be off his rocker a little bit, to be honest. I do hate to pick on the mentally ill. But, we have repeatedly seen scumbags SJWs say similar things. Mark Bernstein is just going all the way with it. If he wasn’t such a nobody already, not to mention a loser, I guess I would have caught his insane rantings a lot sooner. Now that I think of it, he’s the one who brings to mind Dylann Roof, not GamerGate. Bernstein is a hate merchant, plain and simple. Any respectable person should condemn his statements, and I hope that many will.

UPDATE: Who could forget this golden oldie? 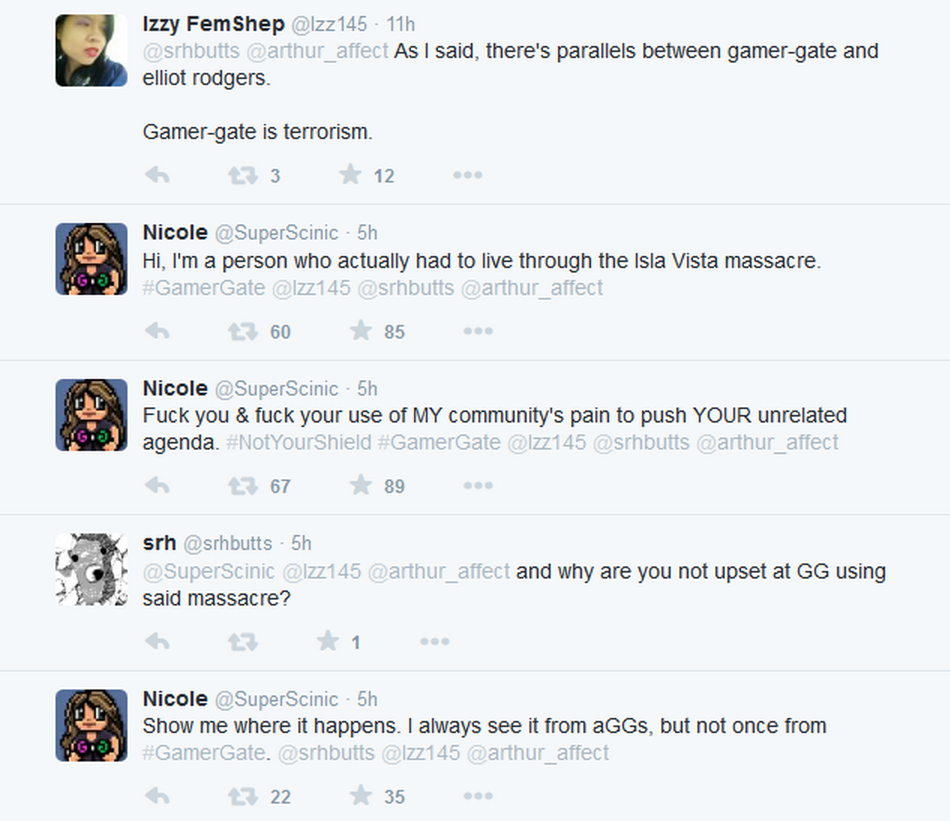