I guess it’s time for a Brianna Wu update. She’s one of our favorite subjects around here. As you know, we go way back:

You could tell just how unhinged the bitch was in person, don’t get me wrong. Still, I didn’t think I’d be sitting here discussing how she claims that GamerGate is keeping her from finding her birth parents. But we’ll get to that in the next section. First, let’s talk about the little Twitter debate she has with Yuji Nakajima yesterday. If you’ll recall, we interviewed Yuji about his game, SJW Riot: Troops vs Women. Yesterday, it fell short on it’s funding goals, even though it was flex-funded to being with. What that means is, they will keep the money they’ve raised. I’m also told the game is definitely going to be made. That didn’t stop Weirdo Wu from going out and trying to spike the football, though: 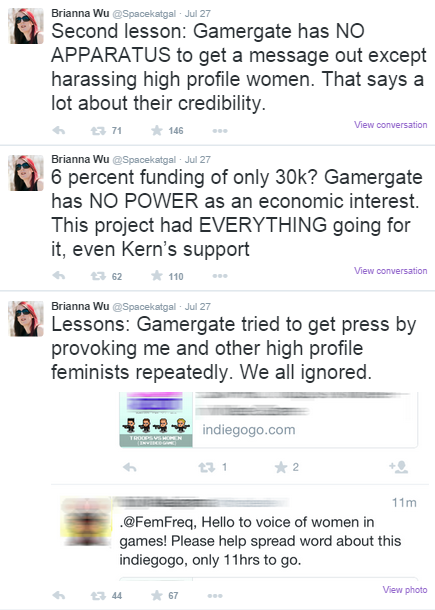 But a funny thing happened…Yuji came out and busted her gangly-ass down with logic: 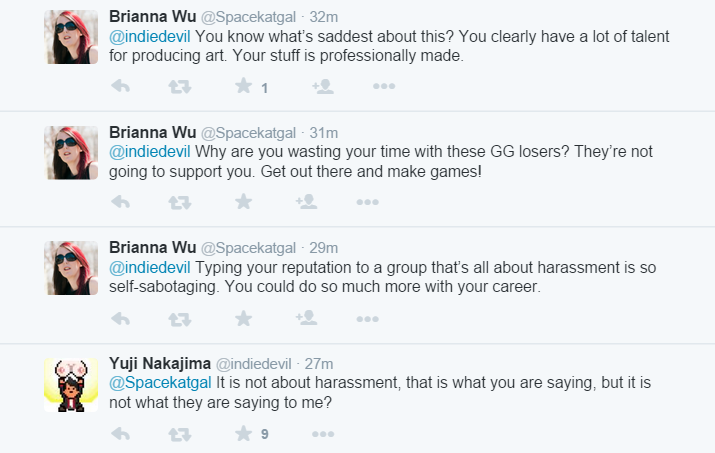 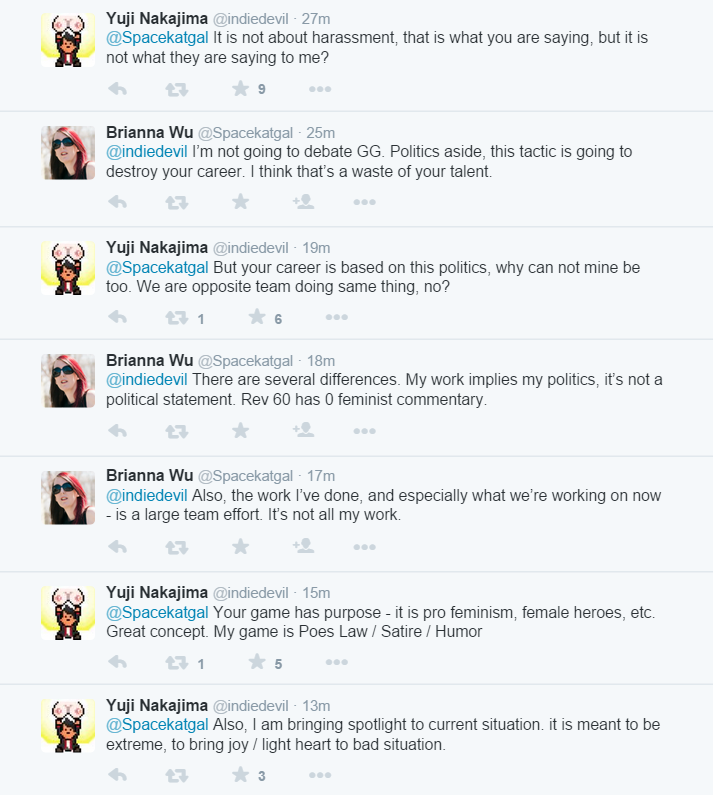 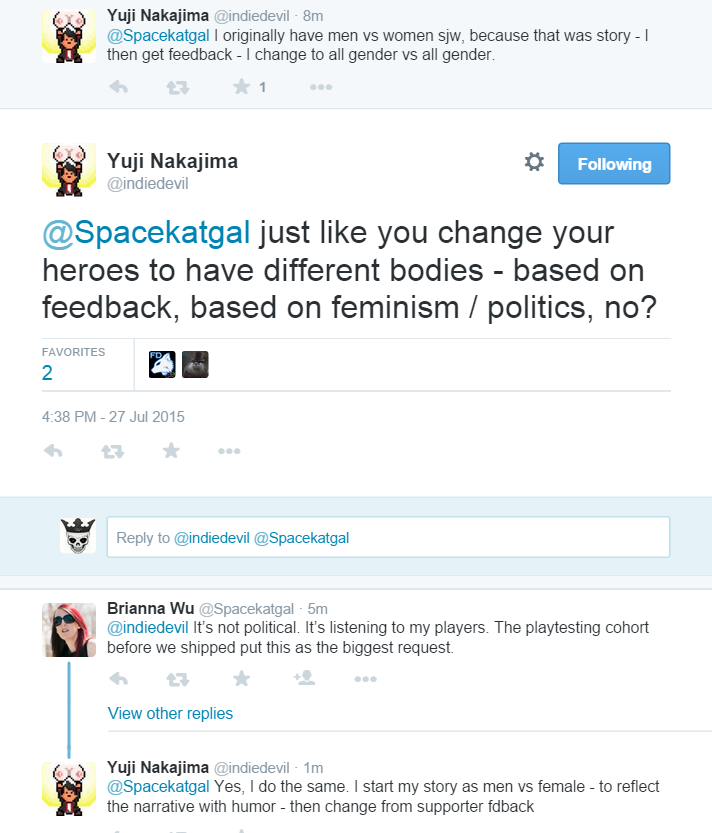 Of course, Wu ended up blocking him for his efforts. That’s not too surprising. But I was genuinely surprised by her claims from earlier today. As I mentioned, she seriously tried to put the blame for not being able to find her birth parents onto GamerGate. I don’t even believe the story in the first place, to be honest with you. I doubt she was sold as a baby to her family. It sounds like something some a psychopath like Wu would make up in order to mess with the family she hates. Just take a look at it for yourself and see if you think it hold ANY weight:

“GamerGate makes that impossible.” You disingenuous piece of garbage. Why did it take you this long to look for your “birth parents?” You had what 40-something years beforehand to look shit up or tweet dates and hospitals out. But now, “IT’S ALL GAMERGATE’S FAULT! Please donate more money!”  Fuck off with that shit. I’m having a hard time coming to terms with the fact that there’s people currently drawing a breath who are stupid enough to eat your lies up. But, I’m going to manage it, somehow.

Enough Wu for today. I’ll be back later with more. Stream tomorrow night at 7PM EST. I might do a late night one tonight, but that remains to be seen. Wednesdays at 7PM is the time I’m trying to setup every week for sure, though. So don’t miss it. I’ll have the link and posters up later.

Oh, and one more interesting Wu note before I go…