We’ve talked about DeRay McKesson a lot around these parts. Out of all the leaders of #BlackLivesMatter, he is the most poisonous, in my opinion. Not only is a a complete phony with a blue vest gimmick that’s better suited for the WWE than modern activism, he’s also one of the most pernicious and mendacious people you could ever come into contact with. The man constantly promotes the worst parts of BLM. Every single time the police are accused of malfeasance with one of these shootings, they are in the wrong according to DeRay. Never mind the fact that in a lot of these cases DeRay and his idiot army are shown to be full of shit. They just move right along to the next dead black man to exploit. It’s sick.

Oh, and did I mention he’s one of the biggest defenders of looting and violence in response to alleged police misconduct? He even taught a class about it at Yale, of all places… 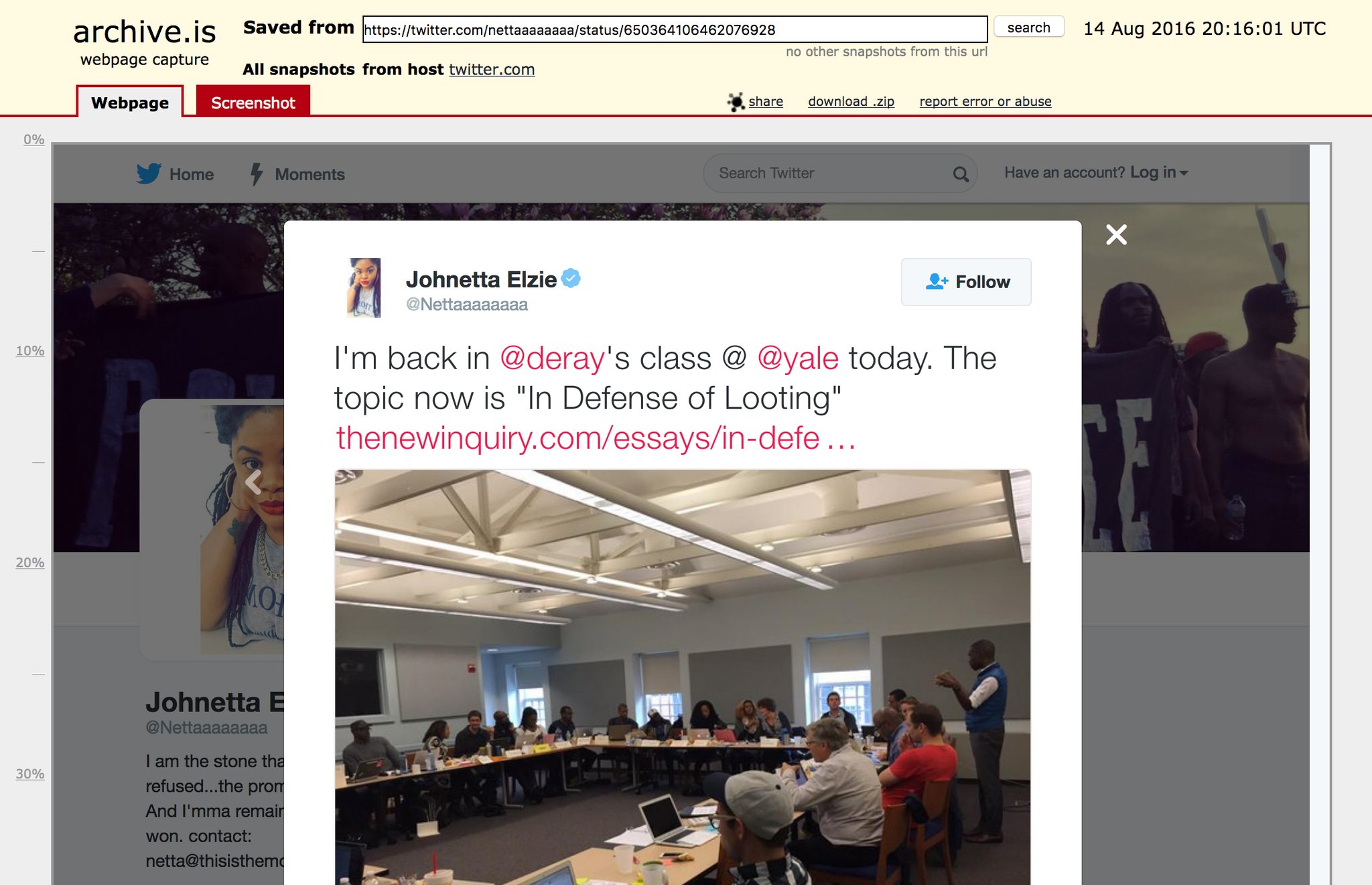 Don’t ask me what the fuck Yale was thinking here, because that’s another issue entirely. But once you give someone like this a platform and encourage his worst behaviors. We saw this again last night.

#CharlotteProtest, we stand with you.

And his timeline was full of more garbage…

The police can order you to drop your gun any fucking time they want…especially if you're pointing it at them. #CharlotteRiots pic.twitter.com/LhlWfGSn34

I bet you don't. Looting and violence would be a lot tougher then. #CharlotteRiots pic.twitter.com/mqAPb1Edsi

His response is to pour more gasoline on the fire. pic.twitter.com/k66I61rkii

This article would never end if I kept going, but I think the point I’m trying to make is obvious. DeRay McKesson is not interested in real solutions, only with lining his pockets and stoking the flames of racial hatred. He’s taken a page out of Al Sharpton’s book. The guy knows he would fade away into irrelevance if any of these problems actually got solved, so he pours gasoline on the fire instead of working to put it out. The way he’s fêted by academia and the media is sickening. I’m sure things will get worse on that front before they get better, but his day will come…eventually.