HIGH SOCIETY: Drunken and Drugged GDC Seems Like it’s Only For the “Cool Kids”

I’ve been enjoying a lazy Saturday today kicked back with a couple Laguntas IPA’s. While I was enjoying myself, @TheIvyClover1 came to me with a mountain of research. It seemed to show that the Game Developer’s Conference is nothing but a big party to go get fucked up at. That’s not the bad part, though. It also looks like you’re left out of all the networking and fun, unless you’re part of the cool kids clique. This is pretty much everything we’ve been fighting against.

I’m not anti-drug or drink. I’m amazingly far from that, actually. But then again, I run a muckraking blog, and am not responsible for organizing the Game Developer’s Conference (GDC). I also don’t have cliques and shit that I give preferential treatment to. After examining the record, I don’t think the GDC/Gamasutra can say the same. Of course, maybe these people just like anyone who come with around with a potent stash. I’m not sure.

Either way, Let’s take a look at the screens. Here’s a few selects followed by a complete thumbnail gallery: 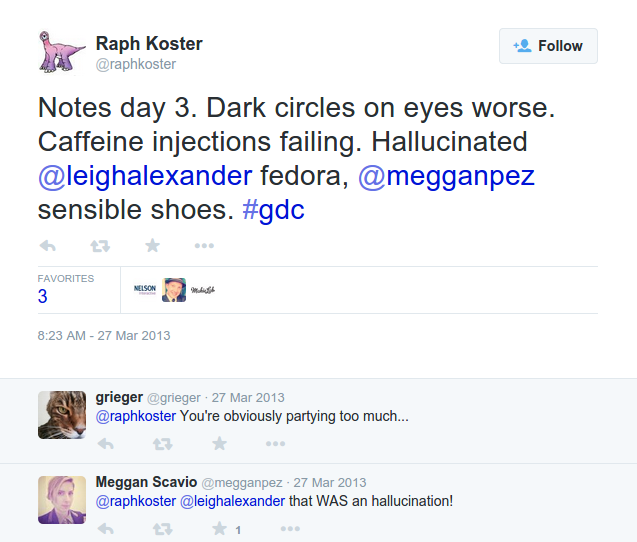 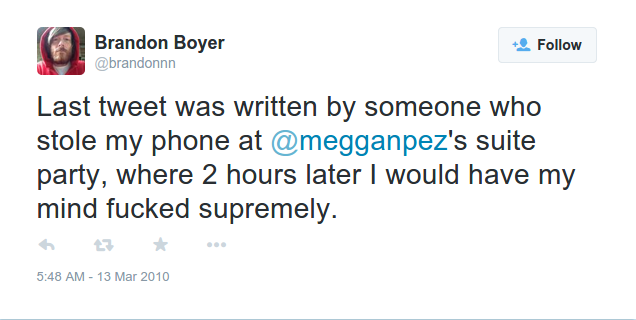 Of course the Drunk Whistle herself Leigh Alexander is always at the center of any debaucheries. The other names are just as interesting, though: Meggan Scavio (GM of the GDC), Brandon Boyer (IGF), Raph Koster, Kotaku’s Krk Hamilton, etc. You can see why this cliquish behavior might be disconcerting for someone outside of the clique. In case you can’t, hopefully yhis screen makes things clearer: 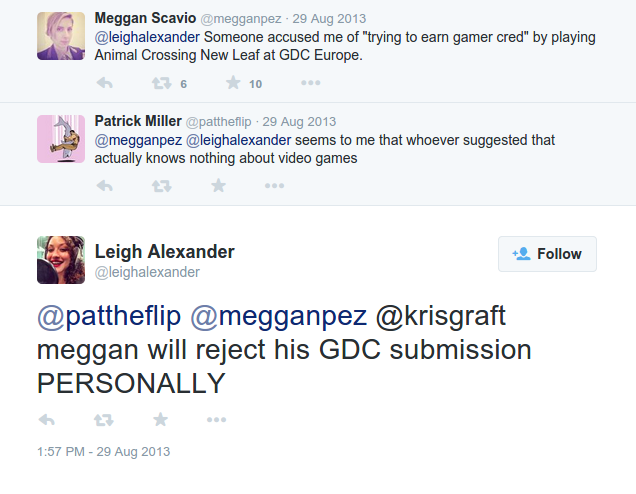 I know some will say that’s just a joke, but I wouldn’t be laughing too hard if I had to rely on people like this to treat me fairly. I guess if you came with the right drug hookups you would be alright, though. All in all, these tweets are just more evidence of the cliquishness that we fight against. Individually, they don’t mean much. But taken together, they paint a picture of corruption at the GDC and Gamasutra. We knew that was there already, but it’s still good to have more screens for our emails and outreach.