“Ed Tech” is a Cancer That Threatens the Entire Gaming Industry

For several years now, there’s been many calls for a reform of our public educational system. Articles pointing out the flaws of our public schools have appeared on plenty of blogs, like Huffington Post and The Daily Beast. Why, Donald Trump even talked about pushing for educational reform when he’s elected president.
Total
0
Shares
Share 0
Tweet 0
Pin it 0

For several years now, there’s been many calls for a reform of our public educational system. Articles pointing out the flaws of our public schools have appeared on plenty of blogs, like Huffington Post and The Daily Beast. Why, Donald Trump even talked about pushing for educational reform when he’s elected president.

Some have suggested that this reform should involve the integration of video games in the classroom which they call Educational Technology, or Ed Tech for short. You can see the early stages of this with some teachers having their students play Gone Home in class (causing the game to have a big boost in sales.) The goons from Extra Credits have made several videos on the subject. Even Disney and Microsoft have shown interest in the idea. There’s just one little problem with Ed Tech.

If Ed Tech becomes financially successful, then it will bring changes to the industry that will be devastating to video games as a medium for entertainment.

While computers have been used in schools practically since their invention, beyond classes specifically for computer programing, they were mostly treated the same as play time at recess. You could not actually get class credit for beating Star Wars Droidworks or Elroy Goes Bugzerk, for instance. But the point of Ed Tech is that computer games would be an integral part of the school’s curriculum. One would actually be forced to play them in order to pass all their classes.

Now, the narrative surrounding this is that it will make school a fun and happy place for children to learn. No longer will kids view learning as a tedious chore that they’re forced to do, day in and day out. They’ll finally look forward to going to school, and will grow to be smarter people because of it.

This is, of course, complete and utter nonsense. Ed Tech will be, at best, like boring, grind heavy RPG Maker “games” with enemies replaced with exam questions and, at worst, Social Justice propaganda to make our children hate themselves because they are white (or teach them that white people are responsible for all their life problems.) Alone, those would just be terrible video games, of which we already have an abundance of, but combined with the school system, it would bring about a gaming industry far worse than we’ve ever seen.

To show this, let’s take a look at another entertainment medium that’s been strongly affected by the educational system: Literature. 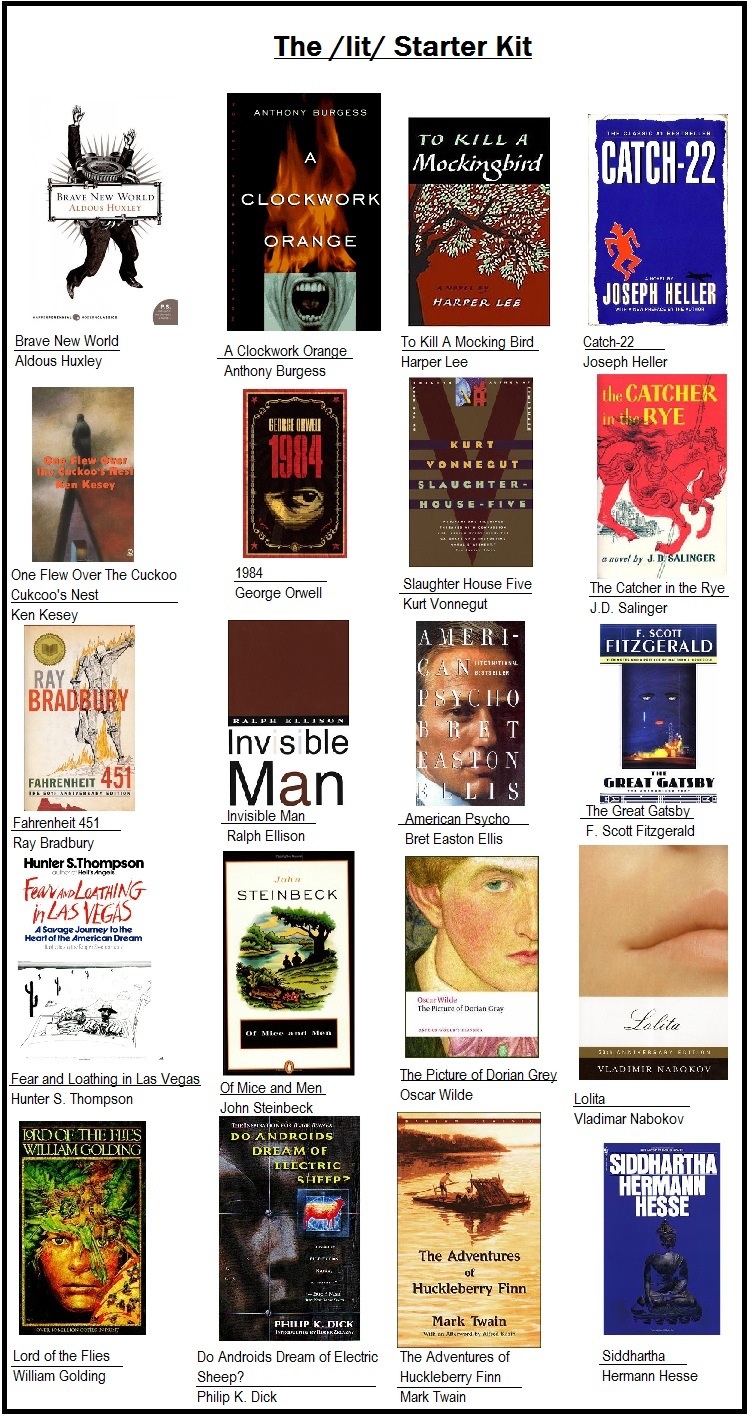 Above is a chart showing a number of books that most American high schoolers are expected to have read by the time they graduate. This is partly to show that they have the same reading level expected of all functioning adults in society, but it’s also to give them a cultural literacy—a knowledge of what are considered the Important books of America. An example of this would be a book called Maus, which is used to teach about the Holocaust.

The effects of forcing children to spend twelve years of their life reading books that someone else considered to be Important can be seen at every level of book publishing—from the way memoirs written by famous people you’ve never heard of dominate the bookshelves, to the existence of the “Thriller” genre of books. If you’re one of the few like us who actually find pleasure in a good work of literature, most of your choices will be limited to books written by dead authors or translated from another language.

Most book buyers would rather read blandly written “page turners” in which the speed at which one reads each page is valued above all else. Why, one of the most popular genres of fiction these days is Young Adult Sci Fi/Fantasy (ie. Hunger Games rip offs written as easy readers for teenagers and immature adults.) A large portion of the publishing industry is dedicated to writing books, not for the purpose of being good reads, but for the intent of having them be turned into movies a few years down the line. And that’s ignoring those of the general public who forgo reading books entirely due to being burned by their childhood school teachers.

Easily half the problems that the book publishing industry is currently facing wouldn’t exist if it weren’t for children being forced to read supposedly Important books during their high school years. And the same problems will carry over to the gaming industry if Ed Tech is implemented at a national level. Do you like challenging games such as those in the Dark Souls series, which many have compared to the work of James Joyce? Well, you’ll see barely any like them if Ed Tech becomes a core part of the schooling system.

Commercial gaming would become even more casualized than it already is. “Push X to Win” and “Cinematic Experiences” would be far more widespread, as most video game buyers would not have the patience for anything that even remotely challenges them. And why would they, when the school system would be training them to think of video games as work that must be done, something that commercial game developers would have to fight against to continue selling their products.

And trust me, the games that are made for education will be akin to the worst that you’ve seen so far. What game is frequently praised for classroom use? Gone Home. We’ve shared our thoughts on that game and its… failings… in the past. Now why the heck would THAT pile of trash be the type of game used in a classroom?

Let’s roleplay as an SJW for a moment: You buy Anita’s media effects theory, you want to change society, and you’re networked with plenty of folks in the industry—not just game devs and bloggers; you have friends and industry contacts who work in education. See what’s up?

Oh, by the way, the government just implemented new standards which include new educational tech… Whether or not the crackpot theories work, there’s a moneymaking opportunity here. If you’re a failed indie dev, you can just ask Uncle Sam for some funds to make an “Educational” game to teach children how to fight for Social Justice in their day to day lives. Or, if you’re a AAA game publisher who hasn’t been seeing as high a profit as of late, then you can pitch your LEGO/Minecraft rip off as a tool for teaching architecture.

There’s only two possibilities here, and neither are a pleasant prospect for parents whose children will be raised under this new educational regime. Either the media effects theories are correct, and this new technology raises a new generation of liberal identity-obsessed narcissists, or the theory is incorrect, in which case the next generation will be given a shitty education. Neither prospect is very appealing.