Emotional GamerGate Meetup in Richmond Was a Rousing Success

Last night, I attended a GamerGate meetup here in Richmond, Virginia. It wasn’t a huge affair. In D.C., hundreds of people showed up. But the smaller crowd allowed for a more intimate setting and discussion. I was one of the advertised guests, but I didn’t give a speech or anything. That was Paolo’s thing (@GameDiviner). He did a great job with it. While it was moving, what really touched me was someone else’s words.

As you probably know by now, a deranged gunman killed two members of the media on live television last week in Roanoke, Virginia, which is about three hours away from Richmond. It’s one thing to hear stories about Adam Ward and Alison Parker in a USA Today article. It’s quite another to hear from one of their former colleagues. Believe it or not, that’s exactly what happened last night.

Molly Binion, who used to work as a news producer for WDBJ7 (the station that suffered the tragedy) was in attendance. I don’t know if you guys can tell, but I’m pretty fucking cynical a lot of the time. Murders, even shocking ones, have become so common that they don’t really phase me. The video was sickening, yes. I jumped when the shots went off. Many people keep an emotional distance from stories like these, though. I would be one of those people. It’s become pretty hard for me to get super emotional about killings. Desensitization…that’s what it is.

Molly’s speech changed all that, for two reasons. First off, I didn’t expect it at all. In fact, I’d seen her earlier in the evening, and still had no clue. It didn’t hit me until she gave her speech. My brain finally clicked, “OH, THAT STATION!” Yes, that station. The words themselves were mostly about how gamers had been misrepresented, with Ms. Binion talking about all the awesome people she’s met during her short time in GamerGate. She did touch upon the shooting and its effect on her, and I talked with her a little bit about it before I left. It’s hard to know what to say in those kind of situations, but I tried my best. I’ll just say this: I’m very happy she came, and it was the highlight of the night for me.

As for the rest of the evening, I didn’t get home until around 4AM. I met some cool dude at the meetup and headed back to his house with another GamerGate supporter. This guy had a badass bong and one of the better gaming setups that I’ve seen in person. We ended up playing Bushido Blade and a couple Sega Saturn classics. It was a very fitting end to the evening. Also, shoutout to Deuce (@ibbibby), who bought my ass a torta from La Milpa. If you ever come to Richmond, and you like authentic Mexican food, you owe it to yourself to eat there. 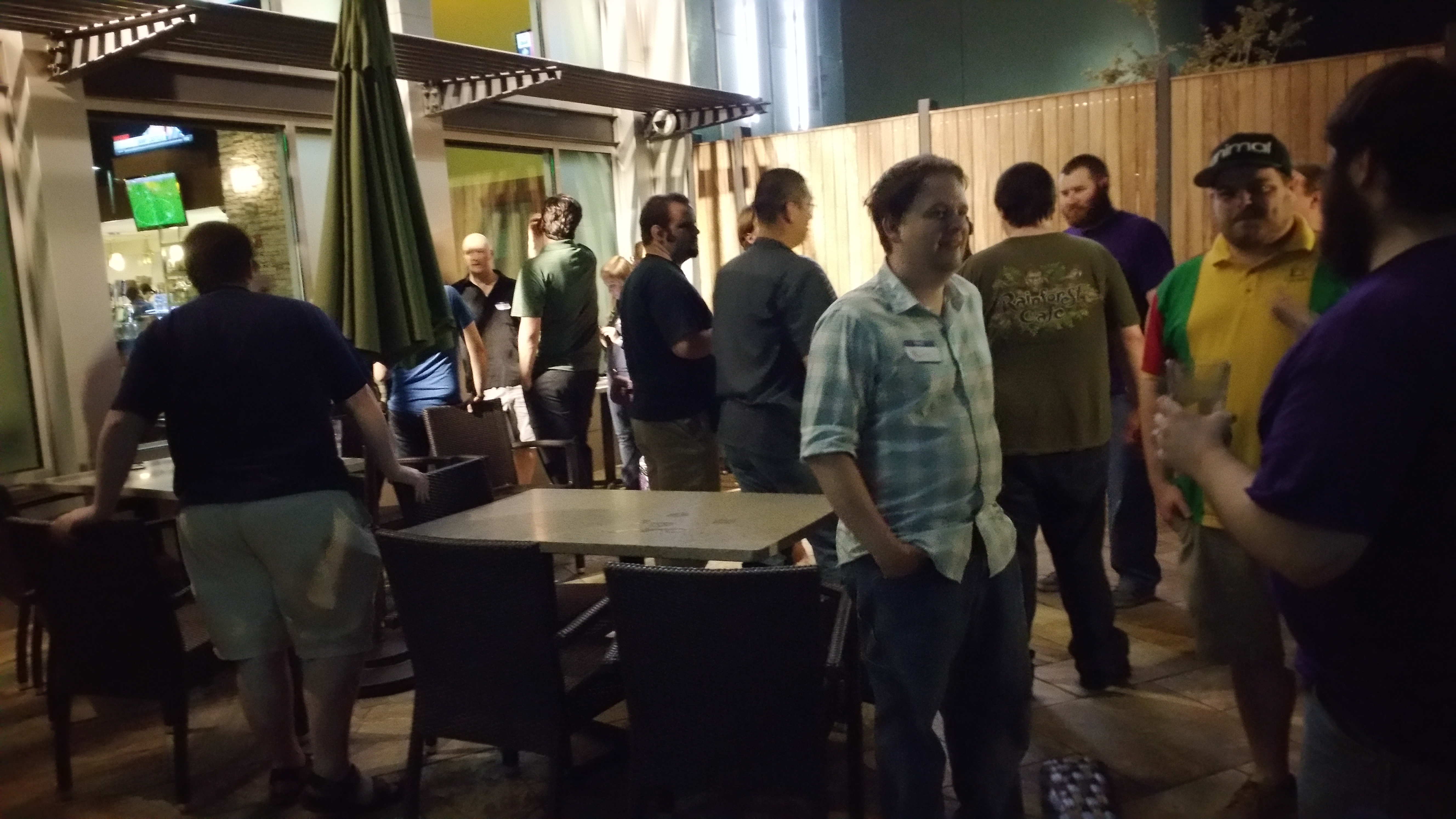 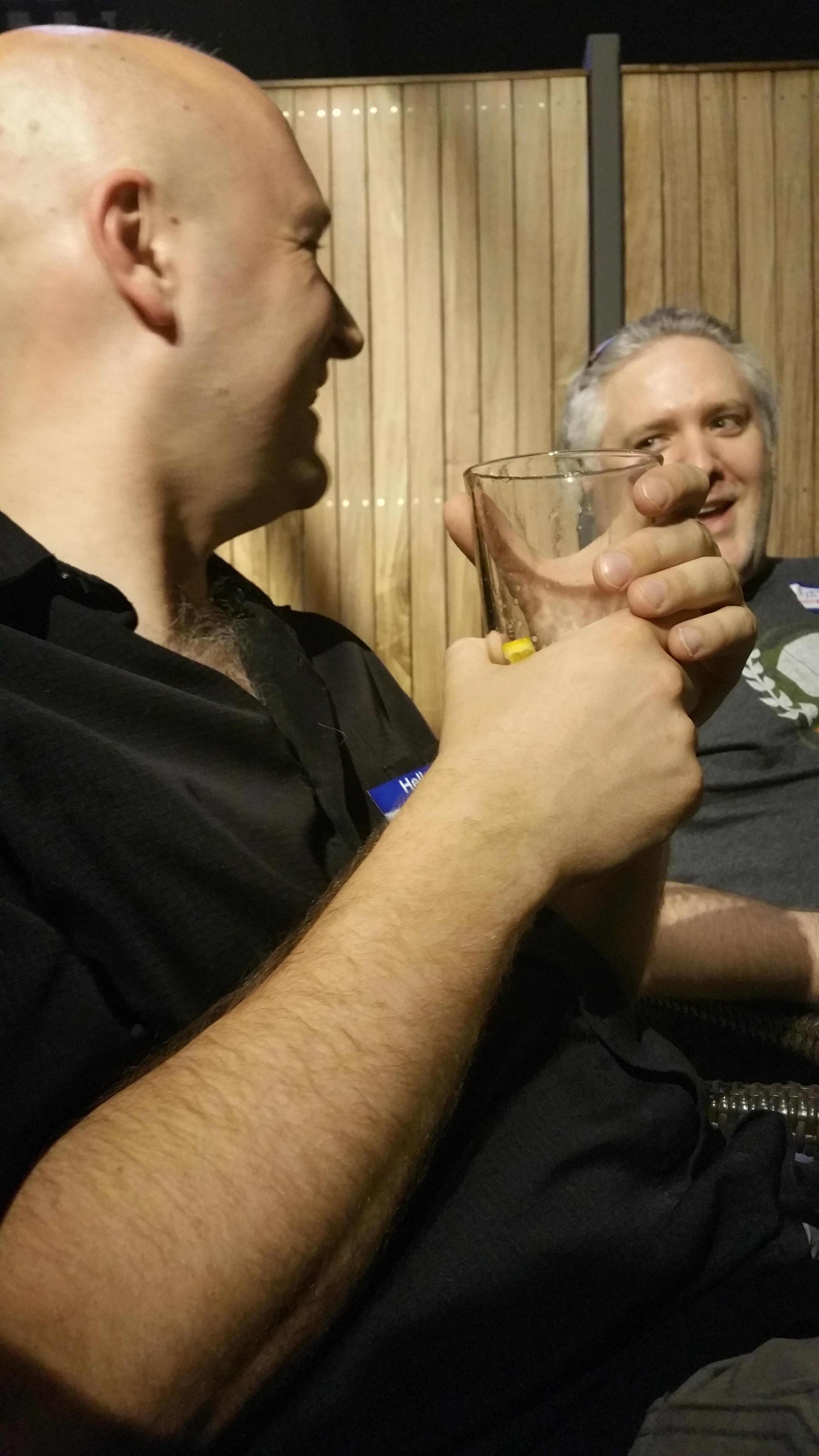 I had a great time. Hopefully, we can do something like this again next August. As for me, I’ll be back here in a bit with another post or two. Thanks for reading. Also, I appreciate all the positive feedback on my Leigh Alexander video. I didn’t expect it to do as well as it did. Thank you for that as well, and I’ll see you back here soon.