We’ve seen a shitload of developers speak out since this whole GamerGate thing began. Several of them are actually a part of our community. But until recently, we’ve lacked a pitbull advocate for ethics that comes from the outside. Mark Kern fills that role nicely. He’s not a GamerGate supporter, but like us, he see serious problems with the ethics of gaming journos. And since he’s been on the front lines of this battle for many years as a successful developer, his word carries even more weight.

Last week, the initiative was to #LetMarkSpeak. But after a few days of futility due to the intransigence of the scumbag gaming press, he gave up on that simple goal. Now, he’s talking about making things happen himself. After seeing his well-intentioned petition get shit on for weeks, who could blame him? Fuck the ideologues.

I won’t hold my breath waiting on that column you suggested, Mark. But the outpouring of support for you and your ideas is nothing short of amazing. It’s always touching to see someone such as yourself lay it all on the line. Speaking out won’t hurt me one way or the other. But devs are in another position, especially those who seek mainstream work:

It would have been easy for the guy to give up, but he hasn’t. He faces the same tired attacks we’ve gotten used to these past six months with grace and dignity (two things the SJWs know nothing about): 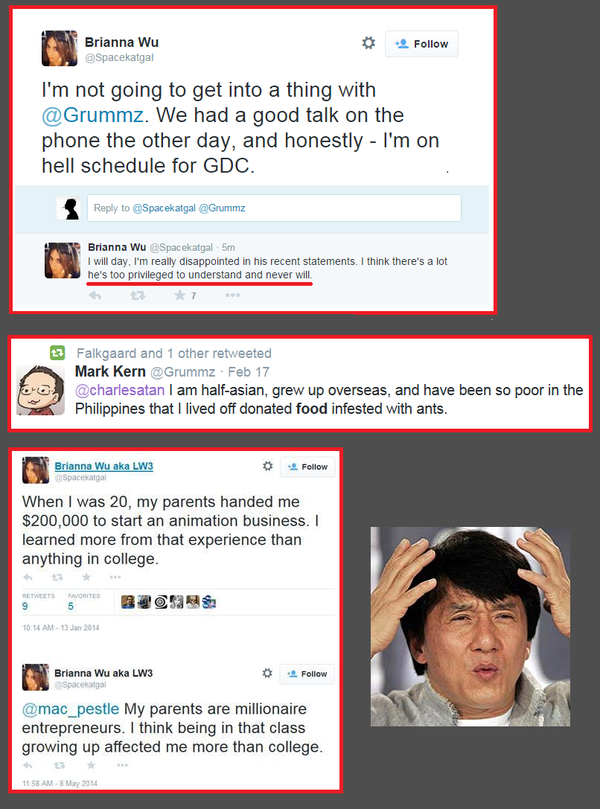 Privilege? That’s sitting on the Internet all day and raking in thousands of dollars for doing nothing. Men like Mark Kern have fought tooth and nail for every luxury that they’ve achieved, while hypocrites like Brianna Wu tell daddy to cut them a check. It’s sickening for someone like Deceitful Wu to talk about being privileged, but they do it anyway. Being a professional feminist means being a professional liar.

How can we help Mr. Kern? Just keep doing what you’re doing. Spread his message, and revel in the radical feminist asshurt. We do need more ethical champions like him to step up. He’s carrying a hell of a load all by himself. But I have a feeling that his support is going to pay dividends for many months to come. Not only will people see how such a reasonable man has been pissed on, but they will also be inspired by his courage. So keep up the good work, Mark! GamerGate is behind you 100%.