What’s up people? I had to get up early today and take my girlfriend to work due to a flat tire. I meant to have something up by now, but I fucked around on the Internet for a few hours, and explored the Sling TV app (disclaimer: I paid for it and they aren’t sponsoring me in any way). I have to say, it’s working pretty damn well, minus a couple hiccups. I might explore that a bit more later in a short write-up.

But what I wanted to talk about first this  afternoon was the Anita Sarkeesian piece yesterday on Kotaku. Well, it wasn’t written by her, it was written by the HNIC there, Stephen Totilo. It was a close examination of her work and more specifically, one of her recent talks. Before I dissect it a little bit and give my thoughts on it, here are a few sections from the LONG post: 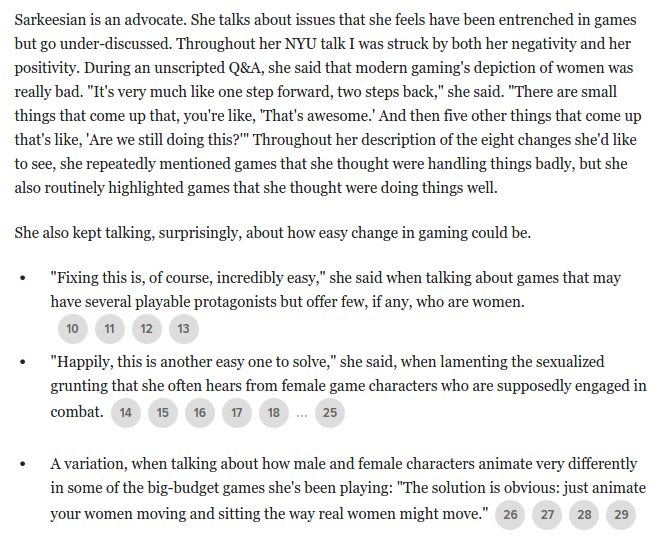 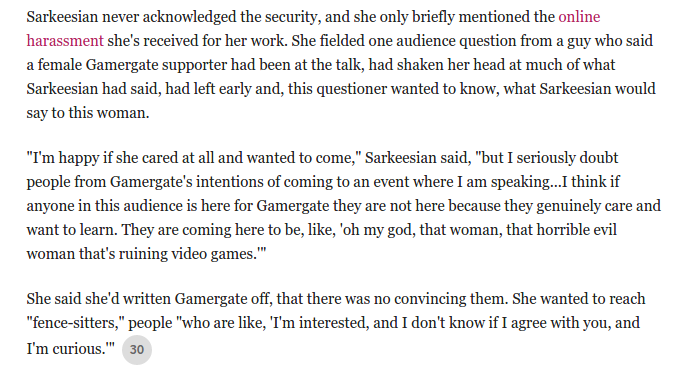 As you can see, Anita has completely written GamerGate off. She acts like dismissing strong critics is a new occurrence, when in fact, she’s been doing this from the very start. No comments on YouTube, no debates with her detractors, no challenging interviews…this is Sarkeesian’s modus operandi. She’s very carefully stage-managed by Jonathan McIntosh. He knows she will wilt under serious scrutiny, just like she did when asked to name three games on Colbert. So he doesn’t allow it. Totilo writes 3500 words or more, but doesn’t even get to ask Anita a pointed question? That’s pretty strange, if you ask me.

Here’s a bit more from the article: 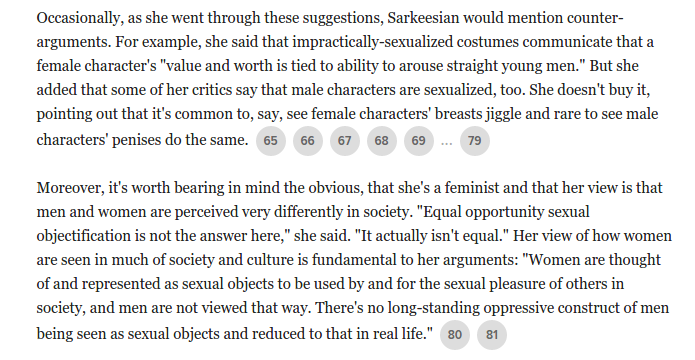 So, female quotas in order to achieve equity in fictional characters? I couldn’t possibly think of something more bizarre, not to mention creatively stiffling. To his credit, Totilo questions much of her presentation throughout the piece, especially towards the end:

When even the Kotaku chief is asking serious questions about your agenda, you know you’re in trouble. And the comments tore her to shreds. I have these screens uploaded to Google Drive so I can work away from my desk. But when I get back home, I might add a few choice selections in the #BasedCommentSection. Most people were rejecting her outright…and this is on Gawker’s Kotaku.

Again, overall, this was about as good as we can expect from Totilo. He did whitewash a lot of her bullshit, and spent several paragraphs giving Anita’s explanation for her “not a gamer” comments. It read like spin to me, but Kotaku even mentioning that video in the first place, is a win for us. In fact, Totilo openly doubting so many of her conclusions is a win as well. Don’t get me wrong, Kotaku is still shit. But I can at least give them some credit for this.